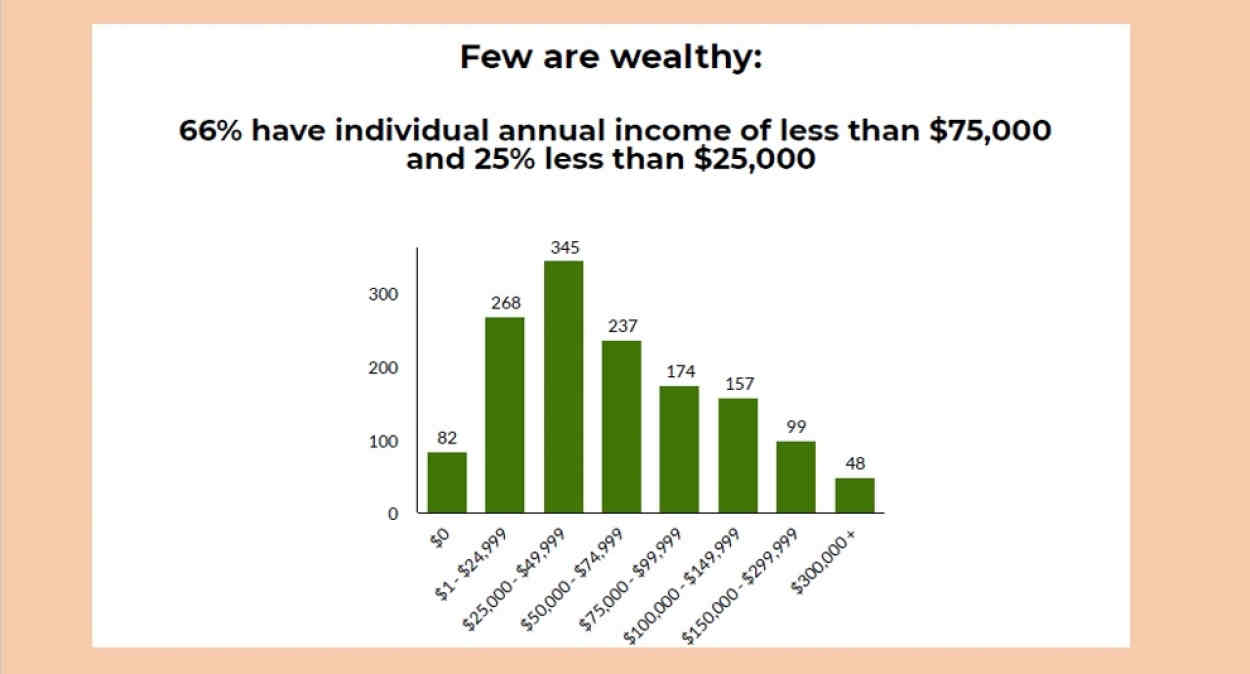 Americans resident outside of the U.S. say they are having to "refrain from making certain investments" owing to the "penalizing" U.S. tax it would incur; missing out on overseas business and employment opportunities because of their U.S. tax obligations; and suffering from tax-induced "personal stress" as a result of the way their home country continues to tax them, even though they live abroad, according to some of the just-released findings of a major survey carried out towards the end of last year by SEAT, a Paris-based advocacy organization.

Some of the 1,564 expatriate Americans who participated in the study also reported having difficulty "finding affordable professional assistance" to help them with their U.S. tax returns, which all Americans abroad are required to file every year, even if they don't owe any taxes, while others said their  struggle was finding "competent" tax assistance providers.

As many as 44% of those surveyed in certain countries said their names were having to be excluded from family assets "because of the U.S. tax implications" if it were to be added, the survey's results, entitled " 'Being an American outside of America is no longer safe':  Effects of the Extraterritorial Application of U.S. Taxation and Banking Policies," reveal.

The research, which may be read and downloaded here,  was carried out and compiled by SEAT founder and president Laura Snyder, who for a few more months is the sole international representative on the IRS's Taxpayer Advocacy Panel, in addition to being on the board of the Association of Americans Resident Overseas (AARO).

Dr. Snyder also painstakingly categorized and compiled the data, which was drawn anonymously from current and former U.S. citizens and Green Card holders, as well as their spouses and partners, living outside of the U.S. (in one of some 68 countries around the world), into a multiple-section report that runs to hundreds of pages, counting the comments from the survey's respondents.

(These comments alone are divided into three sections – organized by the individual respondents' current country of residence, U.S. state that they're from, and the topic they're talking about – and because they're basically the same comments in different order, all run to around 700 pages each, while the report's two main sections run to 29 and 39 pages respectively.) 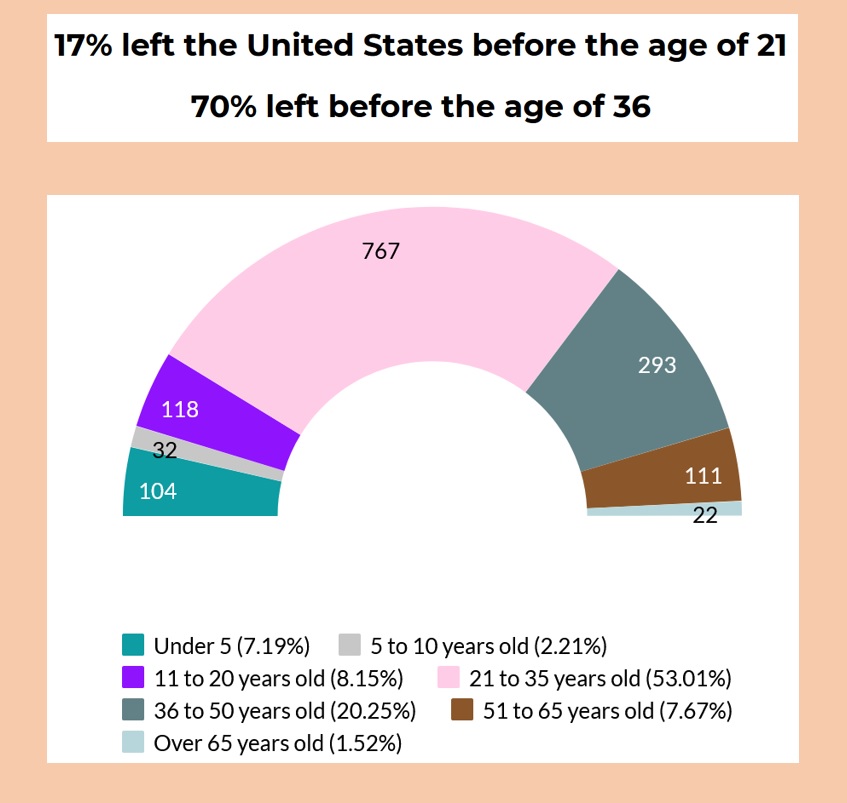 Diagrams and graphs account for most of the pages, and, as the example to the left suggests, many of these contain data that few expatriates might be expected to find easy to resist: That 70% of those expats surveyed said they'd left the U.S. before the age of 36, for example, of whom 7.19% reported having left before the age of 5. Sixty-six percent reported having left the U.S. more than a decade ago; 44% said they left more than 20 years ago.

Another table shows 63% say they're married, 9.2% are in civil partnerships, and just under 18% report being single; still another shows that almost half – or 47% – say they have personal savings of less than US$50,000.

Intended as a 'valuable resource
for policymakers, academics'

As some might have gathered from the nature of the report and the way it's presented, Dr. Snyder – who completed a PhD from the University of Westminster in London in 2018, just before taking up her TAP post – says she is hopeful that the research she's done "will prove to be a valuable resource" that will enable others (as well as, one presumes, SEAT) "to advocate for change, and to help policymakers and academics to better understand the devastating effects of [the current U.S.] policies" affecting expats.

This is why, for example, she's organized the comments into three different groups – so that someone, such as a member of Congress, who wanted to get a sense of what expats from Michigan or Texas were thinking – could easily do so.

Dr. Snyder says she sums up her survey as indicating that "Being an American outside of America is no longer safe," which she said she lifted from the survey response given by a Netherlands-resident expat who said they were originally from Illinois.

"It perfectly encapsulates the report's findings, which complement and confirm many of the reports that came before it, such as the one just published by AARO.

"But with its detail, and the notably-extensive participant comments, it lays bare the devastating effects that U.S. taxation and banking policies are having on Americans living overseas.

"What's more, these effects are not limited to the American expats themselves. As this data reveals, their spouses and partners are also hugely affected, and as a result, their families, marriages, and even the businesses they work for, or own."

According to the survey's respondents, she continues, these pressures sometimes manifest themselves physically, "with some survey participants saying they have considered suicide," while others said they're "unable to hold title to family assets like homes or businesses, nor share joint bank accounts" with their spouses, nor invest or otherwise prepare themselves for retirement in the way they would otherwise wish to.

"Thus, many say they are dependent upon the mercy and kindness of their non-American family members, while others talk of loneliness and isolation.

"What emerged dramatically, to me, was the number of respondents aged 55 and older who participated – including 72 persons 75 years of age or older – who appeared to be the most devastated by these policies.

"Their retirement incomes are low, and as they age they find themselves less and less capable of managing the complexity of completing a U.S. tax return.

"Some renounce, but many do not because they fear how this would isolate them from those of their family who are still living in the United States, as well as making it impossible for them to return to the States if they had to, to be cared for by family members there.

"Another thing that the survey reveals is that Americans living overseas aren't wealthy: 66% of respondents said their annual income was less than US$75,000, and 25% said it was even less than US$25,000. And 47% said their savings totalled less than US$50,000.

"So much for the fantasy, 'fat cat' expat, that  some Homeland politicians apparently think is overdue for paying some imagined 'fair share'."

Source: 'Being an American outside of America is no longer safe':  Effects of the Extraterritorial Application of U.S. Taxation and Banking Policies 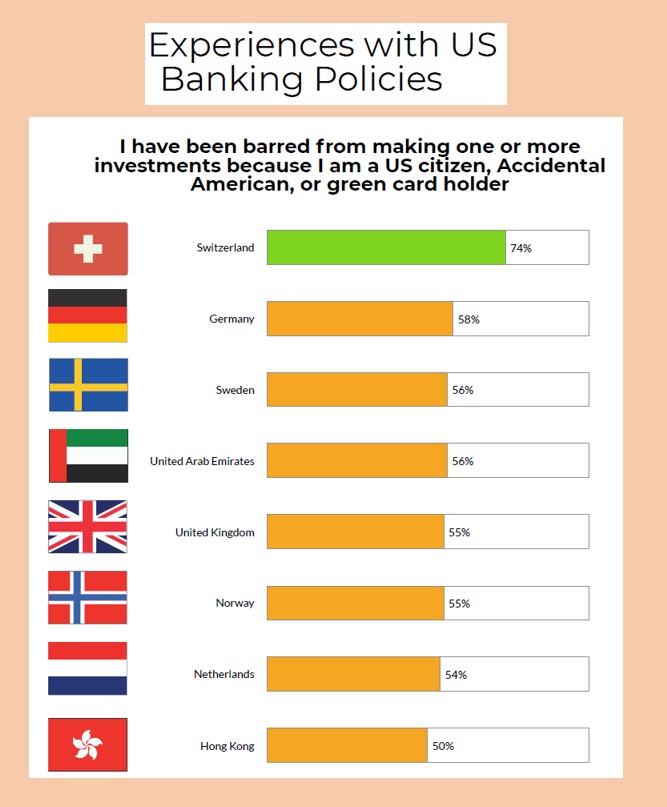