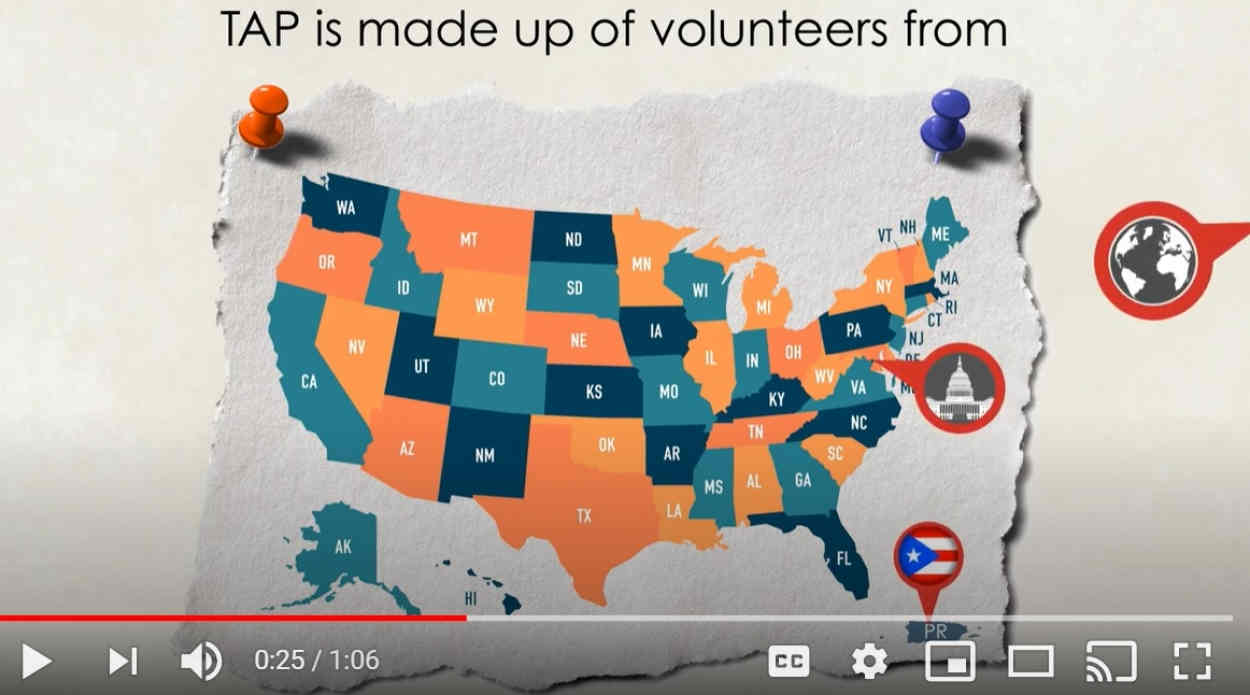 TAP recruitment video image, showing where its 75 members come from

The Internal Revenue Service has extended the deadline for those interested in applying for the soon-to-be-vacated international seat on its Taxpayer Advocacy Panel.

The deadline had originally been May 14 (today), but it has now been moved to June 1, the IRS said yesterday.

Applications for the three-year role, which doesn't pay a salary – although expenses are reimbursed – may be submitted online at www.improveirs.org. A video explaining what TAP is and how it is set up to  identify major taxpayer concerns and make recommendations for improving the IRS's products and services may be viewed by clicking here.

"In terms of commitment, [the role requires] about 200 to 500 hours of a person's time a year, in order for them to be effective in the role," Dr. Snyder, who has herself been living abroad since 1995, adds.

She says the fact that expenses are reimbursed will mean something once the body returns to holding its annual two-and-a-half day face-to-face meeting, which most recently was held online.

It's comprised of around 75 members who volunteer to serve for three years, and who, in addition to the sole overseas' representative, represent all 50 states, the District of Columbia and Puerto Rico.

More information and registration details may be found by clicking here.

In an article she wrote for the AXFNJ  during her first year in the role, Dr. Snyder said that she believed herself to be only the third TAP member to represent “international taxpayers.”

"There are no special educational or professional requirements to be a TAP member," she added.