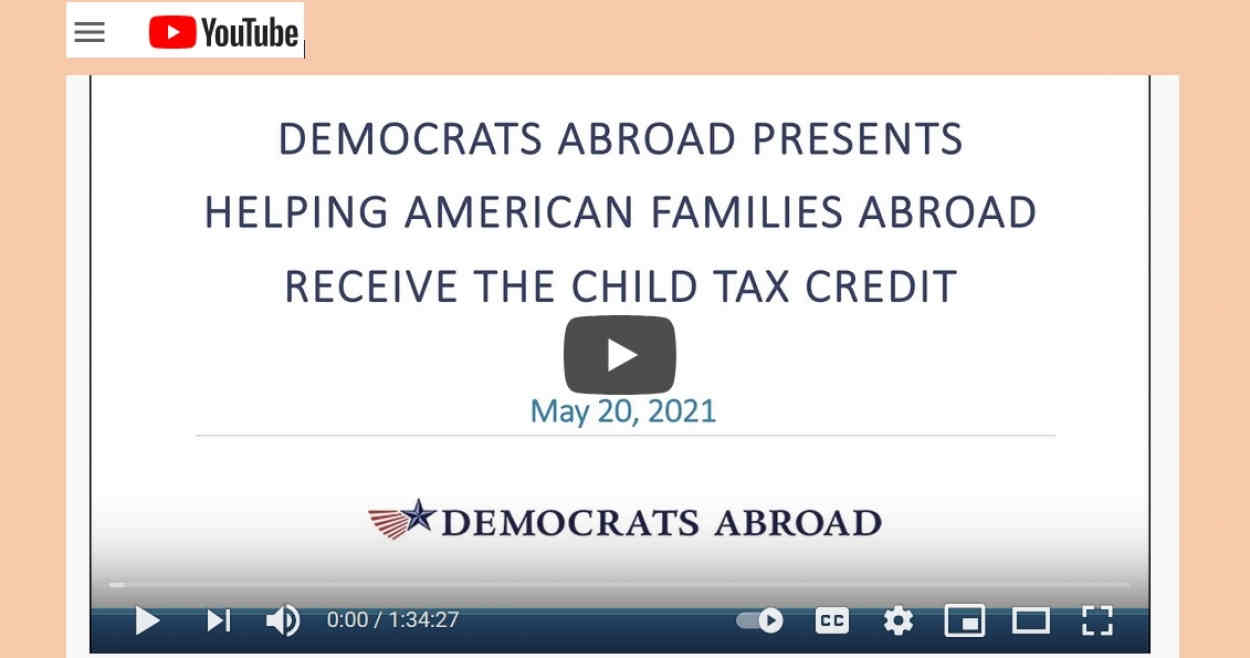 Days after the IRS published details of how it was expanding an existing benefit for American parents known as the Child Tax Credit, the Democrats Abroad hosted a webinar on the subject that it said was aimed at "helping American families abroad" to access it.

The 90-minute webinar, which took place on Wednesday – two days after the IRS announcement – may now be viewed on YouTube by clicking here.

As reported, the IRS has said that American expatriates with children under the age of 17 "generally won't" be eligible to receive the expanded monthly Child Tax Credit payment amounts that are about to begin being provided under the Biden Administration's so-called American Rescue Plan, although they should be able to continue to receive the amount that has been available to them until now under the program.

Rebecca Lammers, a Democrats Abroad UK Tax Committee member, said the webinar had been arranged because many American expats aren't even aware that they're eligible for the U.S. Child Tax Credit, which can be worth as much as US$1,400, depending on their household income – even if they aren't able to receive the full US$3,000 that their Homeland counterparts may get.

Among those who participated in the webinar, in addition to Lammers, were Bright!Tax’s Katelynn Minott; Regional Federal Benefits Officer at Social Security Jack Leuchtman; and U.S. Embassy in London consular official Amy Delamaide.

Among the topics the webinar covers are the basics of applying to receive the Child Tax Credit; how to figure out what payments a family is eligible to receive, and when; how receiving the CTC would impact an expat American taxpayer's parental leave income; how to register a birth from abroad; and how to obtain a Social Security Number in order to claim the Child Tax Credit.