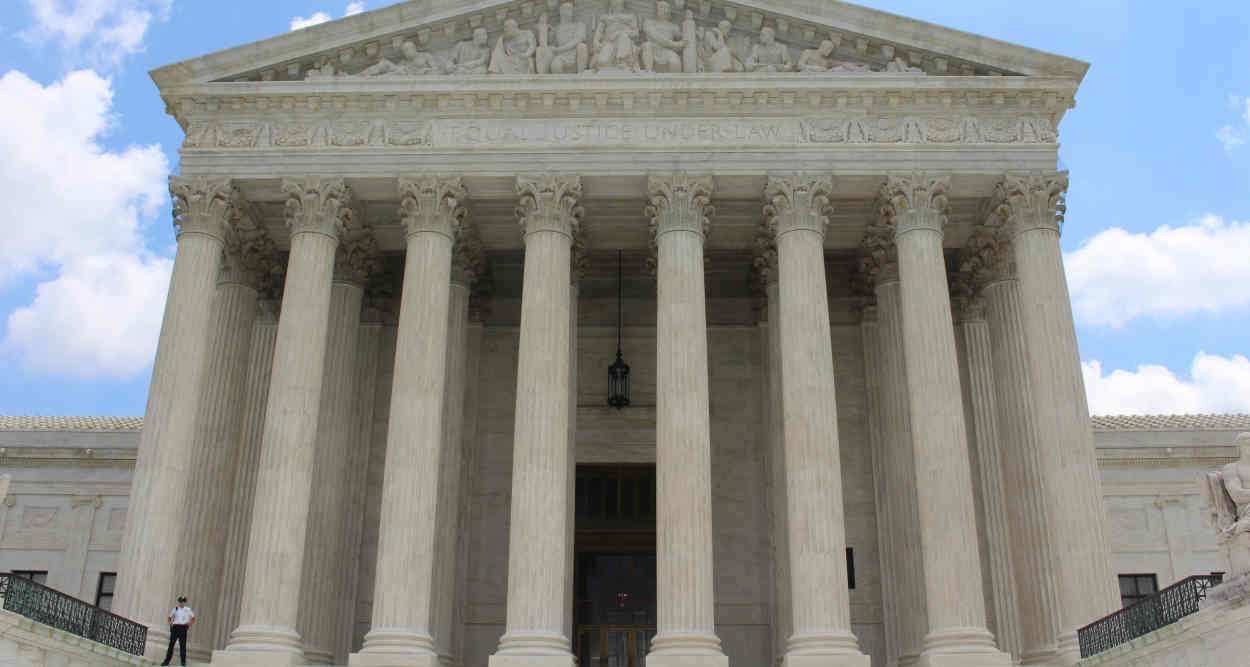 A U.S. Supreme Court decision having to do with a Civil War-era law known as "the Anti-Injunction Act" is being hailed by Israel-based U.S. tax attorney Monte Silver as a victory for U.S. taxpayers, as well as "very good news" for his recent and ongoing efforts to challenge the Transition Tax element of Donald Trump's Tax Cuts and Jobs Act.

The decision, delivered on Monday by Associate Justice Elena Kagan, with all eight her fellow justices concurring, reversed a lower court's decision, in a matter known officially as  CIC Services LLC v IRS.

CIC Services is a Knoxville, Tennessee captive insurance company, which was founded in 2005, according to its website.

The Anti-Injunction Act, Silver says, had been among his own key legal arguments in his Transition and GILTI tax challenges, filed in 2019 and last year in a U.S. District Court in Washington. So the Supreme Court's finding, he says, that the Act did not "prohibit a suit seeking to set aside an information-reporting requirement that is backed by both civil tax penalties and criminal penalties" was welcome news indeed, as it will be seen to have set a precedent that his own legal challenge can refer to.

"I predicted this," Silver, pictured left, told the American Expat Financial News Journal, referring to various articles he's written, which mention his own issues with the law.

"The war is still far from over, and we intend to win it," he said.

"We've filed a motion for reconsideration, and within the next two weeks, we'll file a notice of appeal to the District of Columbia Court of Appeals, which is one level below the U.S. Supreme Court."

According to a summary of Monday's Supreme Court decision posted on the PR Newswire website by CIC Services within hours of its being handed down, the issue before the court in CIC Services v IRS was "whether the IRS enjoys a special privilege, not available to any other governmental agency, to pass and enforce even illegal regulations without interference from any court".

"In a precedent-setting Supreme Court case, CIC Services has won an important victory for taxpayers against the IRS."

Sean King, general counsel for CIC Services, is then quoted as saying that the IRS "never vigorously disputed our contention that Notice 2016-66 [was] an illegal regulation.

"In the latter stages of litigation especially, the IRS more or less accepted, at least for the sake of argument, that the notice was illegally issued in contravention of the Administrative Procedures Act."

And yet, the PR Newswire summary of the matter continues, despite its "obvious and all-but-conceded illegality," the IRS stated that it would continue enforcing the illegal notice, and it contended that courts were powerless to stop it from doing so as a consequence of the Anti-Injunction Act, which "[prohibits] federal courts from issuing injunctions that 'restrain' the 'assessment or collection of a tax'."

The CIC Services summary of the case and its outcome includes details of an amicus brief filed by The Tax Clinic at the Legal Services Center of Harvard Law School, which it said noted "just how devastating the IRS's lawlessness can be, especially for low-income taxpayers."