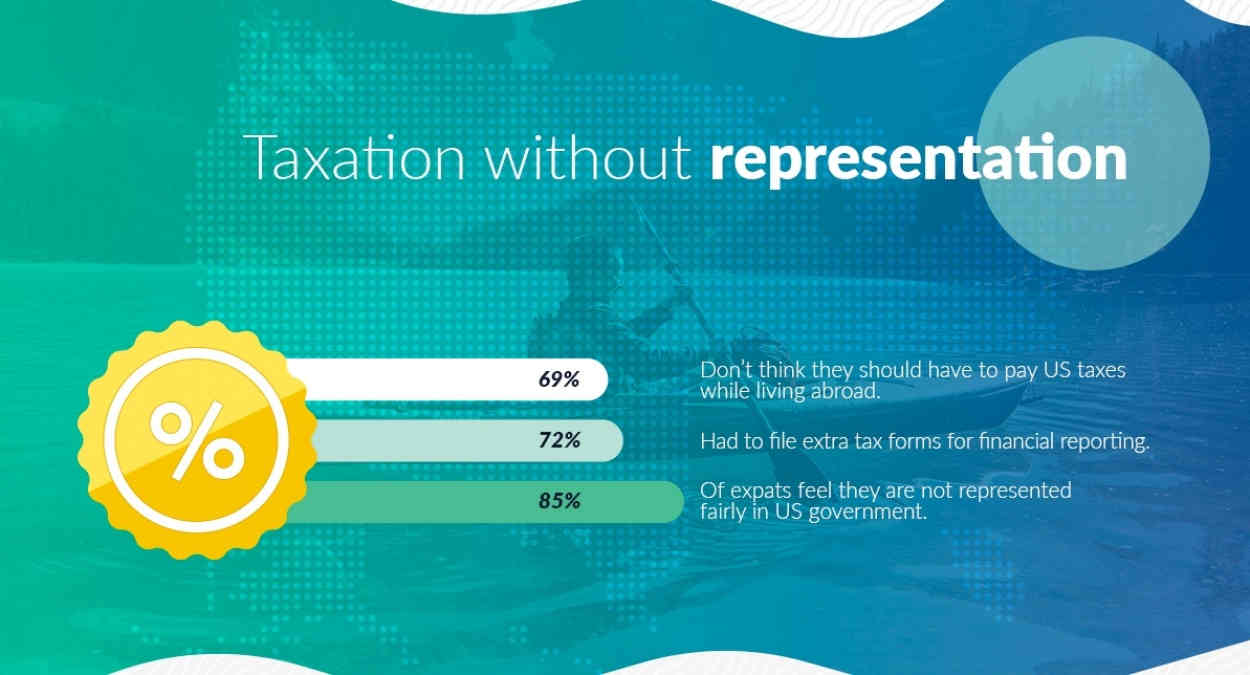 It won't come as a huge surprise to any American expat who has spent time on Twitter or Facebook recently to hear that only 15% of American expats surveyed recently ticked a box saying that they "feel like their interests as an expat are represented as well as [those of] any other American citizen".

That's apart, of course, from those who think 15% is actually a high figure, given how little Washington lawmakers seem to acknowledge the 7 million to 9 million Americans who live overseas.

The expat survey in question, Greenback Expat Tax Services' annual assessment of expatriate Americans' views, queried more than 3,100 U.S. expats currently living and working in some 125 countries between April 15 and May 10 of this year, on a variety of subjects having mainly to do with U.S. taxes, banking regulations, citizenship renunciation issues and the Covid-19 pandemic.

Also probably not surprisingly to anyone who has spent any time around American expats, 69% of those surveyed said they objected to the U.S.'s "strict citizenship-based taxation rules," which oblige U.S. citizens to file tax returns and potentially pay taxes to the U.S. every year, no matter where they live or work, or how long they live overseas.

The U.S. is famously the only country in the world, apart from Eritrea, to tax on the basis of citizenship rather than residency, a fact that's often blamed for most of the tax problems American expats tend to struggle with.

Because of this citizenship-based taxation, or "CBT", U.S. citizens and Green Card holders who live outside of the U.S. typically have to file and pay taxes in two countries every year. And although there are measures in place aimed at avoiding double taxation, many expats are able to detail situations in which they nevertheless have been taxed twice – for example, when they are expected to pay tax on retirement savings that had bee taxed years before, at the time that they earned it.

Other key findings in the Greenback Tax survey:

*  24% were unfamiliar with the Foreign Account Tax Compliance Act

To read more about the Greenback Tax survey, click here.

Greenback Tax was founded and is headed up by David and Carrie McKeegan, who are themselves American, and who run the company out of New York and Costa Rica. They say they founded the company after struggling to find a firm to do their U.S. taxes while they were living in the UK.