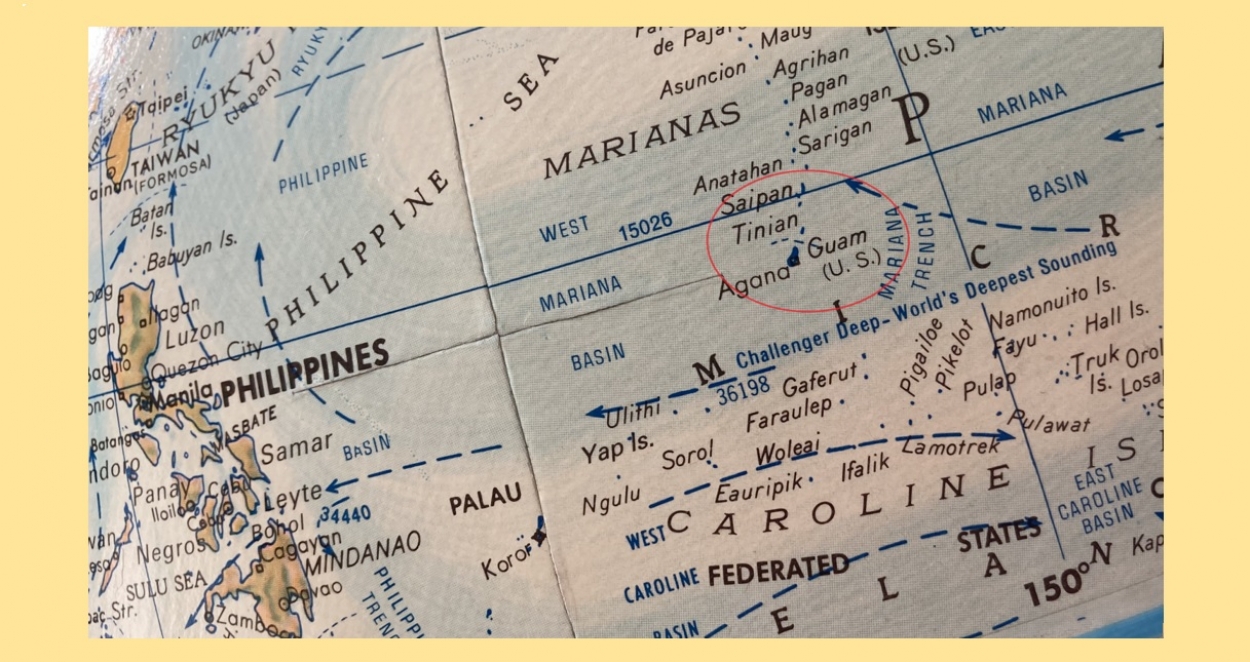 "Dozens" of Americans living in Micronesia "are suing the Bank of Guam for seizing stimulus checks they deposited" in the bank, according to a report published over the weekend, which said the bank took the action "to help the IRS recover tax payments issued in error."

Guam is an island roughly three-quarters the size of Singapore which is located in the Micronesia area of the western Pacific Ocean, and is known to many Americans for its U.S. military facilities. It is one of a handful of U.S. territories that enjoy certain benefits associated with being part of the U.S. but not others: For example, those born in Guam are considered to be American citizens, but they can't vote in U.S. elections, although the territory has a non-voting representative in Congress.

The report on the Bank of Guam legal challenge, which was posted on Saturday on the website of NPR (still better known to many Americans as National Public Radio), a non-profit, privately- and publicly-supported U.S. radio network, quoted a number of American-citizen residents of various Micronesian jurisdictions, not just Guam.

These American expats described how the Bank of Guam had stepped in to actively prevent their being able to access their Economic Impact Payments from the U.S. government, which they said they had been eligible to receive because they had retained their U.S. citizenships, even after moving to and making their lives in Micronesia.

One such expat, a lawyer named Craig Reffner, told NPR that he had received his first EIP check last year,  which he had "deposited in his account at the Bank of Guam.

"When his second check, for US$600, arrived earlier this year, he did the same thing – but the bank put a hold on the payment."

According to NPR, the Bank of Guam's actions with respect to the stimulus payments was triggered by a letter it said it had received from the U.S. Treasury, "asking for help recovering tax payments the IRS had issued in error".

"The bank eventually gave Reffner and others back their money, but some customers never saw their stimulus checks again because the bank sent the payments back to the IRS," the NPR report said.

In addition to the NPR's report, the matter of the allegedly-intercepted EIP payments has been discussed recently in depth on social media, such as Facebook, in addition to being covered over the last several months by certain local media outlets, such as the Palau-based Island Times.

One of the Island Times's articles, which quoted some of the same people as the NPR piece, described how a U.S. expat and veteran "residing in FSM [Federated States of Micronesia] with his family, was interrogated by FSM police officers" the previous week, over his "receiving the U.S. Economic Impact Payments." The expat told the Island Times that the FSM police had come to his workplace, "read him his rights and questioned him about how he qualified for the EIP payment, how many payments were received and the amount."

Another U.S. citizen told the publication that some of those questioned in a similar way over their receipt of EIP payments had been "intimidated by the questioning and pulled out of the lawsuit [against the bank]."

The Bank of Guam didn't respond to a request by the American Expat Financial News Journal  for comment. NPR said the bank told it that it would "not comment on the Micronesia lawsuits because the matter is in litigation."

The NPR report added: "But in court records and emails reviewed by NPR, bank officials said some customers received stimulus funds they weren't eligible for, and the bank is required by U.S. law to return the money."

It also quoted an IRS spokesperson as saying she "wasn't aware of the Bank of Guam lawsuits or the IRS letter asking the bank for help, and she did not say how many other banks may have received a similar letter."

The spokesperson added that the IRS works with financial institutions around the world to investigate suspicious tax activities, and that the agency also "continues to ask people who mistakenly received stimulus checks to voluntarily return them."

The U.S. government's Economic Impact Payments, or EIPs, were first introduced in March 2020 by President Trump's so-called CARES Act – a US$2 trillion stimulus bill aimed at helping the American economy to recover from the effects of the Covid-19 pandemic. A second EIP payment, for a maximum of US$600, was announced at the end of December, and one of President Biden's first moves as president was to approve a third round of the payments, worth a maximum of US$1,400, earlier this year.

Perhaps not surprisingly, given the scale of the undertaking and the speed with which it had to be enacted, there were problems almost immediately with respect to people not getting the payments who were entitled to them, and others, such as non-Americans, renounced former Americans and even recently-deceased people, receiving them who shouldn't have.

This, as the NPR report published on Saturday noted, has evidently led to fresh problems, as the IRS's efforts to "get back some of those stimulus checks" – and pre-paid cards – that were sent in error, appears to be "creating legal mayhem overseas".

Marina Hernandez, an Enrolled Agent and Certified Financial Planner who specializes in cross-border tax issues, said her advice to any American expats whose bank may have erroneously withheld or returned their EIP would be to "first, address the situation with the bank. It is unlikely that foreign bank personnel will be qualified to determine who is eligible and who isn't eligible for the payments, so mistakes can be expected.

"If they are unable to resolve the issue with their bank in a satisfactory manner, they can re-claim their 2020 EIP by completing the Recovery Rebate Credit Worksheet on their 2020 tax return.

"This worksheet is used to calculate how much coronavirus tax relief is owed by the IRS to the U.S. citizen, or resident filing the tax return.

"They may need to amend their 2020 tax return if they have already filed it without claiming their missing EIP relief."

Asked what advice she'd give to the IRS, in order to prevent problems certain expats in Micronesia and elsewhere have been having in getting their EIP payments – and keeping them – Hernandez said she would suggest that, "as a matter or urgency, it find a reliable way to securely deposit tax refunds and tax credits that are owed to U.S. expats directly into these expats' foreign bank accounts, in their country of residency," and eliminate once and for all its increasingly problematic paper checks.

According to the Bank of Guam's website,  it was founded in 1972, when it became the country's "first locally-owned and chartered bank."

Elsewhere, it adds, "built on the vision of [Guerrero] to be the driving force for prosperity in the communities it serves, the bank’s work continues through its network of over 600 employees, spanning 6,000 miles and 18 branches across Guam, the Commonwealth of the Northern Mariana Islands, Federated States of Micronesia, Republic of Marshall Islands, Yap, the Republic of Belau, and San Francisco, California."

To read about the problems some expat Americans living in the Netherlands have had in trying to cash their stimulus checks, click here.

To read a BBC article from 2017 about Guam ("Six things you may not know about Guam that may surprise you"), click here.

To read Marina Hernandez's advice, posted earlier this year, to anyone who recently renounced their American citizenship but who received an EIP payment anyway, click here.