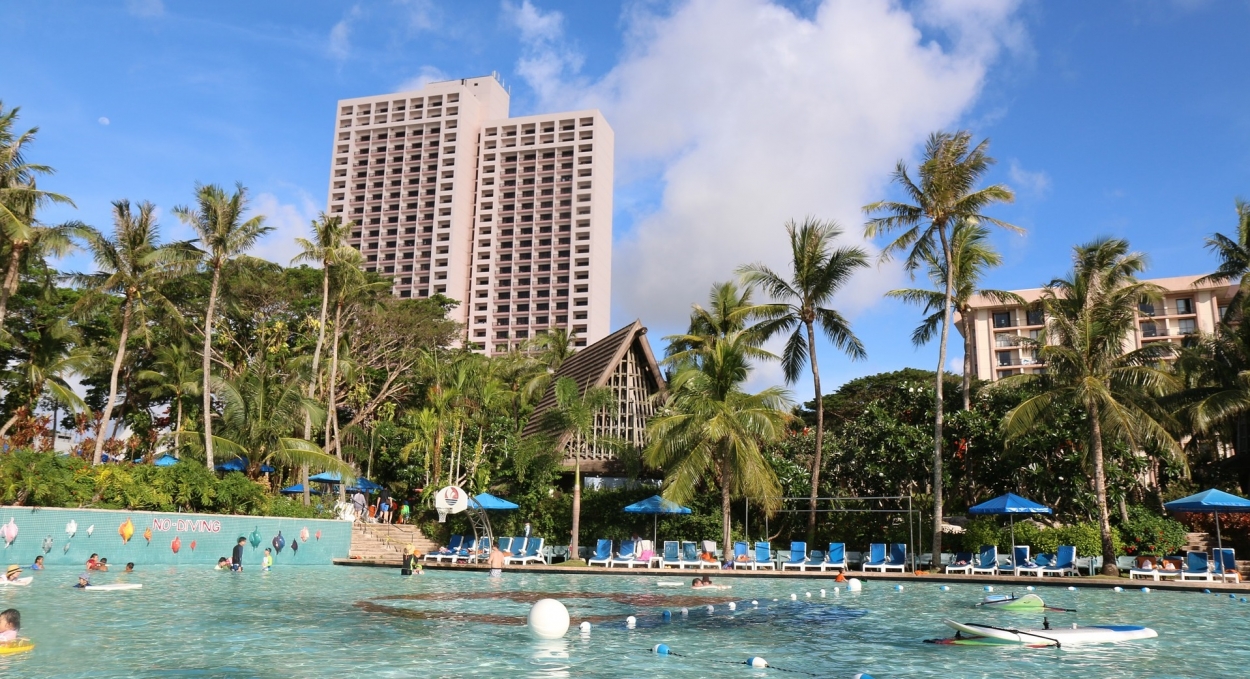 The remote, island territory of the U.S. known as Guam has been ramping up its Covid-19 vaccine offering for American expats in recent weeks, as news about the difficulties such expats have been having in some countries in obtaining the much-sought-after jabs has drawn global attention to Guam's ability to, in most cases, accommodate them.

Until recently, Guam, which is located around 1,500 miles to the east of the Philippines in the western Pacific Ocean, had been struggling as a result of a Covid pandemic-induced decline in its all-important tourism business, which caters mainly to Asian families attracted by its palm-fringed beaches and golf courses.

But then, as its ability to be able to accommodate foreigners – including American expats based in Asia – who were in need of Covid-19 vaccines began to be known, its "vaccine tourism" trade started to take off, fueled by articles in regional news websites, such as the Guam Daily Post, as well as social media and word of mouth.

And just within the last few days, the fact of the island's "vaccine tourism packages" has hit such mainstream U.S. media outlets as CBS News – even as Guam officials have been continuing to tweak the island's regulations, by, for example, reducing the the time American expats would need to wait to be vaccinated after arriving.

As the CBS News report noted, the Guam authorities first began to notice the way American expatriates were arriving "from countries in the region with slow vaccination rollouts" some months ago, and how these Americans were "willing to endure up to two weeks' mandatory quarantine at a government-run hotel, for the chance to score a coveted vaccination."

The report continued: "They would often stay for up to a month in order to finish their two-doze Pfizer or Moderna regimen.

"So officials seized on the chance to leverage [Guam's] unusual location, [as] the nearest piece of America to Asia."

Although not technically a part of the U.S., Guam does enjoy certain advantages, being a U.S. territory. For example, those born in Guam are considered to be American citizens, but they can't vote in U.S. elections, although the territory does have a non-voting representative in Congress. Periodically the idea of granting statehood to the island, alongside possible statehood for the nearby Northern Mariana Islands and such other similarly-quasi-American jurisdictions as Puerto Rico comes up, although it has yet to progress beyond the discussion stage.

Given that "a little over 1 million" non-military American expats are estimated to be based in East Asia and the Pacific region, Guam officials saw particular "vaccine tourism" potential in this market, which, as reported here last week, has in many cases been less than happy to discover that even though the U.S. regards its expats as full U.S. citizens from a tax filing and paying point of view, it had decided not to provide Covid vaccinations for them.

This is in spite of the fact that, as many American expats were well aware, it has done so, for free, to Homeland Americans, as well as to overseas employees of the U.S. government, such as U.S. embassy and consulate personnel, while also announcing plans to donate millions of doses of vaccines to needy countries around the world.

According to the CBS report, although non-American visitors to Guam are required to pay for their vaccinations, American citizens who arrive do not.

A report on the website of the Guam Daily Post last weekend provided more detail: "Currently, any American expatriate visiting Guam for [a] Covid-19 vaccination gets to stay free of charge at a beachside quarantine hotel with free meals, all paid for by GovGuam, using federal money," it says.

"The Covid-19 vaccine is free of charge to any American, whether living on or visiting Guam."

This is very different than in Thailand, for example, where, as an article in the Financial Times today noted, as of last weekend "just 2% of [the] population" had been vaccinated, with the result that the country's military-backed government was facing "growing questions from the public and big business".

American expats living there have been among those flying to the U.S. and elsewhere in search of getting the jabs, while others, including the Democrats Abroad, put together a campaign aimed at "urging and assisting the U.S. government to fulfill its pledge of making coronavirus vaccines available to all Americans."

An American expat who lives in Thailand told the American Expat Financial News Journal that she and her husband are still planning to fly to the U.S. for their vaccines, "once our visa renewal has been completed."

"That way, we can receive vaccines like Pfizer and Moderna, that are being reported as effective against many of the variants, and we can also see family," the American, who requested anonymity, added.

As for the situation in Thailand four days into the country's vaccination program going live, she said she's hearing that "people can register to get a vaccine, but may not get an actual appointment date.

"So far, some people we know, including a few Americans, have received either the Sinovac or AstraZeneca [here]. However, there aren’t enough of these vaccines available as yet, even for the folks older than 60, or who have co-morbidities.

"Many people who initially received appointment dates report having been turned away, with no new date.  In a few cases, they've even been told that Thai locals [are being given] priority.  Many English-speaking expats share their experiences on a Thaivisa.com sub-forum (https://forum.thaivisa.com/forum/245-covid-19-coronavirus/)

"About Guam, I did hear of one American who went there back in early May; perhaps more will be going there now. His story was written up on the Guam Daily Post's website."

Editor's note: On Friday, June 11, Thailand's Ministry of Public Health issued a statement saying that Covid-19 vaccination registrations would be "expanded to all foreigners from June 14" via the ThailandIntervac website.  Until now, the website has only accepted registrations for foreigners in Thailand "aged over 60, and those with underlying health conditions."

More in this category: « Online panel discussion to address 'Taxation of Expatriate and Cross-Border Individuals' Looming confrontation seen between U.S. and its FATCA signatories, as 'FATCA II' takes shape in Washington »