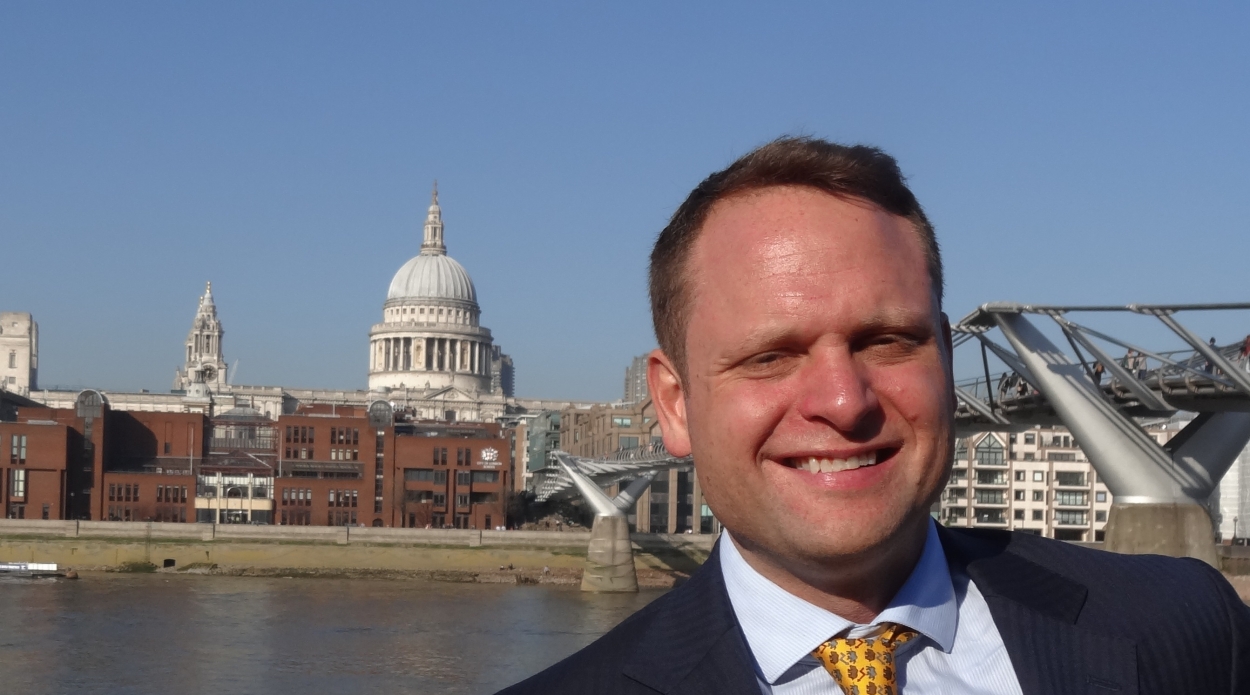 DF Direct, as it's called, is being made available for use in both short-term and long-term portfolios, with a choice of three currencies – U.S. dollars, euros and UK pounds – according to Brian Dunhill, pictured above, who founded the firm in Brussels in 2011.

For now, DF Direct, as it's called, is only available to expats who are able to provide it with a U.S. address, but Dunhill says the firm expects to be able to work with expats' non-U.S. addresses "soon."

He added that the product wasn't being provided through a single financial platform provider, but rather would take advantage of a "multi-platform system."

The annual fee will be 0.5% of the investor's assets under management.

"Robo adviser"  – also spelled "advisor" – is a term use to describe a general category of digital, automated financial planning services that rely on algorithms rather than human investment wisdom to provide clients with financial advice, based on information provided by the client about their age, income, risk tolerance and other individual circumstances. Because the involvement of human advisers is limited, robo advice can be provided more cheaply than that on offer by human advisers, and depending on the human advisers in question, can be as good or better, it's said.

Dunhill's product comes to market as Americans resident overseas continue to find themselves barred from investing in branded investment products and investment services that investors of other nationalities are able to, including some offered by major U.S. companies. In the UK, for example, Americans aren't able to invest in Goldman Sachs's  Marcus-branded range, or take advantage of a new Vanguard Personal Financial Planning service, which makes use of the Vanguard investment platform.

Such companies are typically reluctant to take on American clients because of the information reporting requirements they would them become obliged to take on, as they would be required to comply with the U.S. anti-tax evasion law known as FATCA.

Also, as most Americans with money to invest for their retirements quickly discover, American expats are advised to steer clear of most investment funds, because the U.S. Internal Revenue Service typically classifies them as "passive foreign investment companies" (PFICs) and taxes them heavily. This makes investing through a system specifically designed for American expats, such as DF Direct, among their only options.

As reported, another company which entered this area recently (in 2019) was Seven Investment Management, with a product for American expats living in the UK. The 7IM product range had been years in the planning by the company's American expat then-chief executive and co-founder, Tom Sheridan, who said he'd done it because of his years of struggling himself with "the plight" of being an American outside of the U.S. who wanted to invest, but struggled to do it in a cost-effective way.