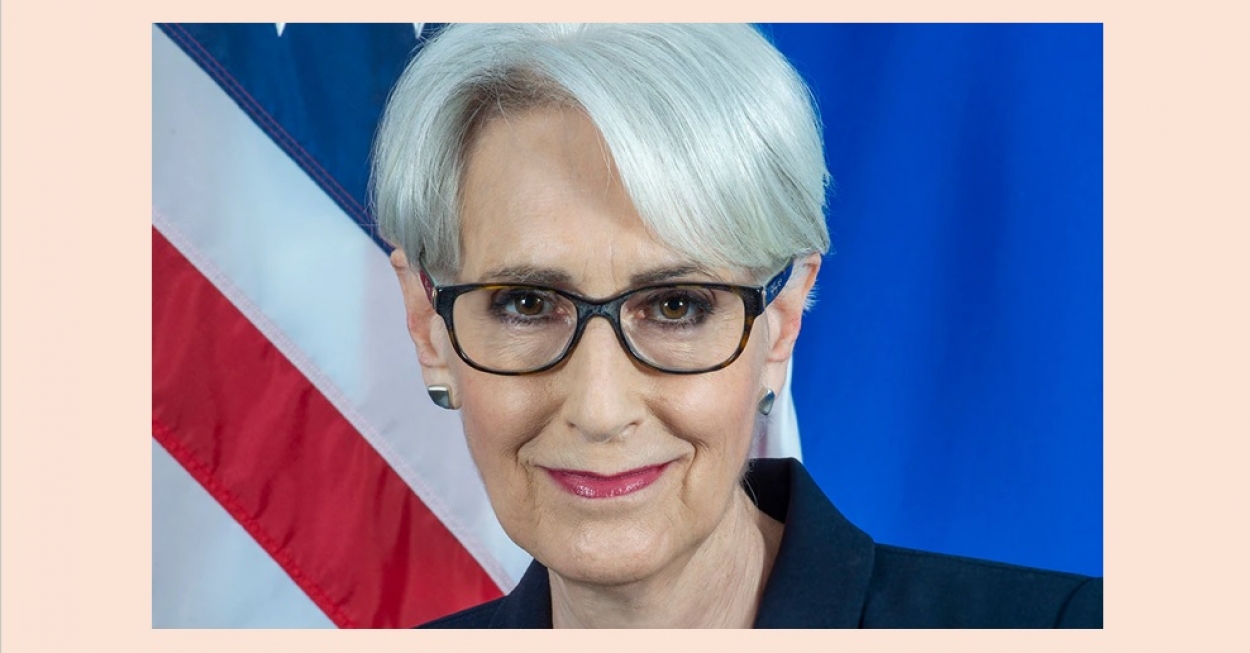 Wendy R. Sherman, the U.S. Deputy Secretary of State, is to meet with officials from the People's Republic of China over the next few days, "to advance U.S. interests and values and to responsibly manage the relationship" between the two countries, the State Department said in a statement on Wednesday.

Sherman, pictured above, is the U.S. official who, as reported, met with Thailand's prime minister, Prayut Chan-o-cha in early June, but didn't mention the issue many American expats there were hoping she would, which was the question as to whether the U.S. government would consider providing them with Coronavirus vaccines, as it had done for U.S.-based taxpayers as well U.S. embassy and consulate staff and U.S. military staff around the world.

In its statement,  the State Department said the officials Sherman would travel to China "July 25-26", (arriving in Tianjin on Sunday), where she would meet "with PRC officials, including State Councilor and Foreign Minister Wang Yi." After this, she will travel to Oman, on July 27.

"These discussions are part of ongoing U.S. efforts to hold candid exchanges with PRC officials to advance U.S. interests and values, and to responsibly manage the relationship," the State Department statement said.

"The deputy secretary will discuss areas where we have serious concerns about PRC actions, as well as areas where our interests align."

The announcement of Sherman's plans to visit China came as relations between the U.S. and China had hit a low point, following certain strongly-negative comments about  security concerns for American companies doing business in Hong Kong by the Biden administration, and the "sanctioning" of seven senior officials based in China's Hong Kong liaison office.

As reported, the U.S. government last Friday warned American companies that they faced potentially serious and escalating risks if they continued doing business in Hong Kong, as a result of China's continuing crackdown on freedoms and privacy there.

The warning came in the form of a nine-page "business advisory" – published jointly by the departments of State, Treasury, Commerce and Homeland Security – which was picked up by numerous media organizations, including Reuters, the BBC, CNBC and the Financial Times.

According to Reuters, it was the first time a U.S. administration had ever issued a business advisory in relation to Hong Kong, which is a "Special Administrative Region" of China, following its July 1997 "handover" by Britain. The advisory was issued a little more than a year after former president Donald Trump ordered an end to Hong Kong's special status under U.S. law, as what he said was meant to be a response to China's "opporessive actions" against Hong Kong.

According to a U.S. State Department "Bilateral Relations Fact Sheet" on Hong Kong,  which is dated August 2020, there were estimated at that time to be "approximately 85,000 American residents [sic] in Hong Kong," as well as "more than 1,300 U.S. firms, including 726 regional operations."

The 2020 document noted that U.S. companies were increasingly viewing Hong Kong's business environment "with wariness, given the PRC's repressive actions in contravention of the autonomy and freedoms promised to the people under the 1984 Sino-British Joint Declaration," but that "many still value Hong Kong's low taxation proximity to the Chinese market, skilled workforce, and infrastructure."

More in this category: « Continued lack of U.S.-provided vaccines for expats weighs on frustrated Americans in Thailand U.S. expats look to FT 'Covid vaccine tracker' table to monitor situation in their countries »