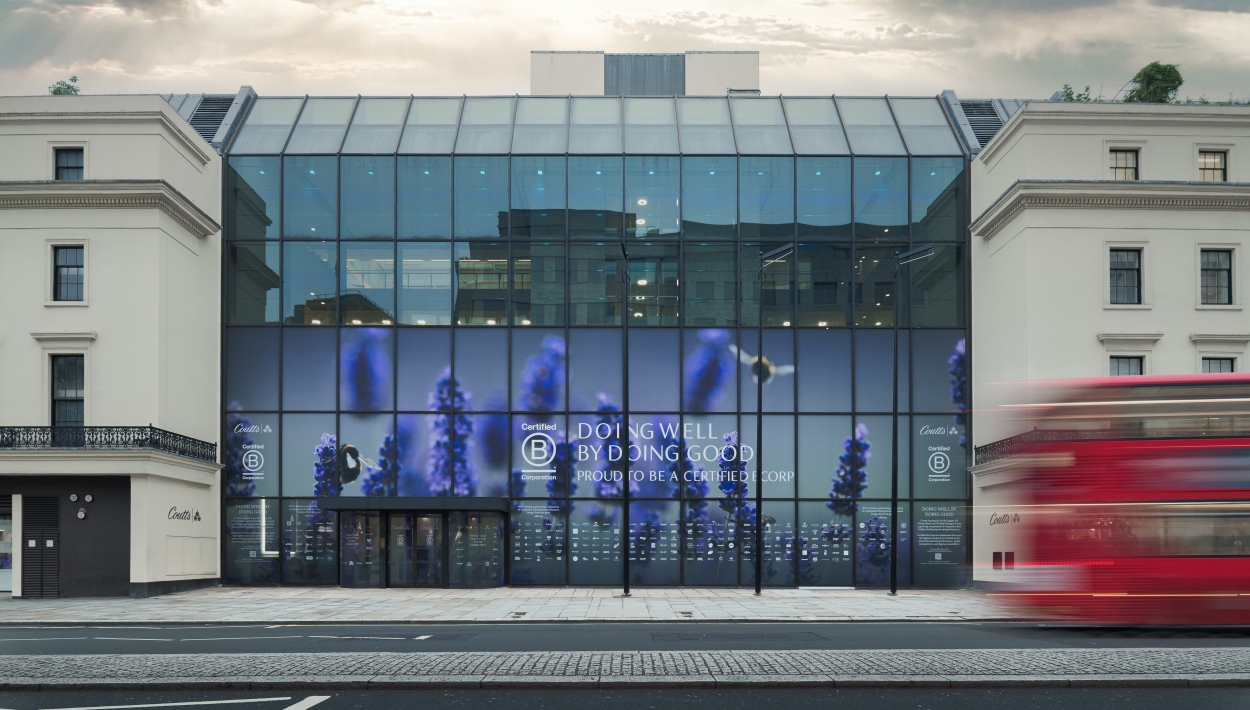 London-based Coutts & Co. has named Paul Bagatelas, an experienced cross-border banking executive – and American expat –  to head up its international operations, which it has spun out of its ultra-high-net-worth division.

Bagatelas, who began his career with the U.S. State Department, will be "tasked with growing the bank's service offer to clients around the world," Coutts said, in a statement. 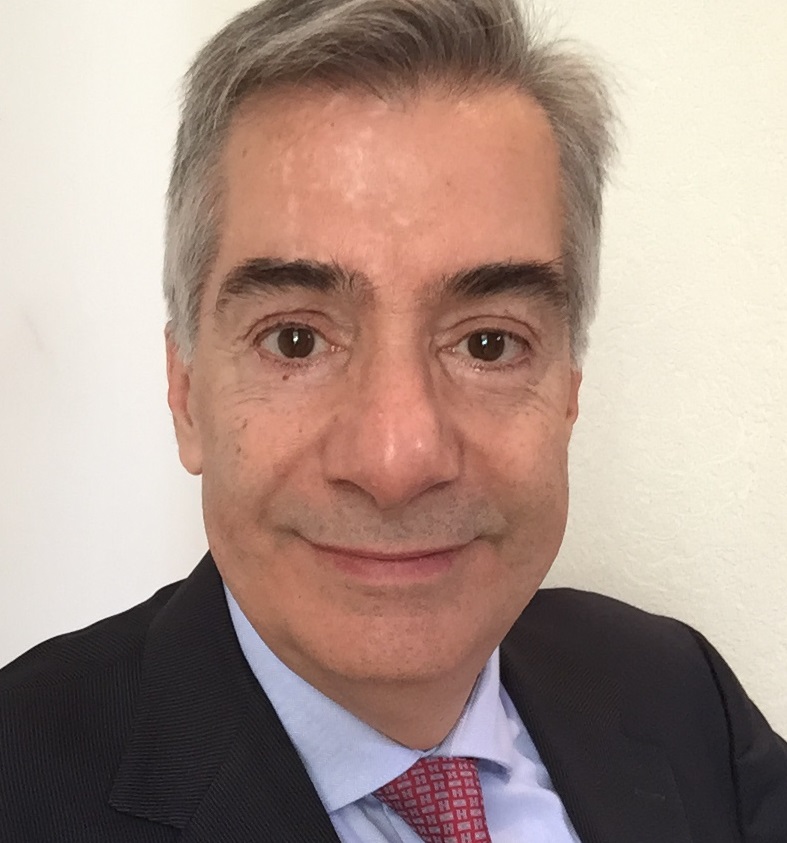 Founded in 1692 and known for being the British royal family's bank (as well as that of many other ultra-high-net-worth UK residents), Coutts is a part of the NatWest banking group. It also says it's been looking after Americans "for much of our 329-year history."

The announcement of Bagatelas's appointment comes a little more than five years after Coutts announced that it was selling its Switzerland-based Coutts International division, such as it was in 2015, to Switzerland's Union Bancaire Privée (UBP), for an undisclosed amount.

It also comes weeks after Coutts & Co. revealed that it had become "the largest UK private bank and wealth manager in the UK" to qualify for so-called "B Corporation" status, a sort of ESG equivalent for corporations of the Fairtrade label.

The B Corp concept and branding began around 13 years ago in the U.S., but it's begun gathering serious momentum only recently, as environmental concerns among investors have fueled the growth in ESG investments, and prompted many young people in particular to incorporate environmental considerations, where possible, into every decision they make.

Bagatelas, pictured left, comes to Coutts from the Geneva, Switzerland offices of Aviatrans, a global consultancy in aircraft management and marketing, where he was responsible for managing and advising on investments for a private family office, as well as structuring and negotiating the group's potential partnerships.

At Coutts, Bagatelas will look after American expatriates alongside, among others, Neil Woodrow-Clark, who head up Coutts's Europe and Americas client coverage for the bank, and Coutts executive director Andrew Grimes, who also looks after international clients, and especially those with links to the U.S., whether as citizens, Green Card holders o asset owners.

(Grimes, who is involved in Coutts's property financing operations, explained to the American Expat Financial News Journal in 2018 how the introduction by the U.S. of its 2010 tax evasion-prevention law known as FATCA saw many traditional high street banks in the UK walk away from the American expat market –whereas "at Coutts, we saw FATCA as something we had to make part of our business going forward.”)

In a recent telephone interview, Bagatelas stressed that Coutts's B Corp involvement represents far more than just "green-washing," as the more committed environmentalists are known to dismiss many ESG programs as being.

Rather, he explains, the pledge to commit to meeting the B Corp's exceptionally high levels of sustainability and ethical behavior represents instead a genuine commitment on the part of "the world's sixth oldest bank" that accompanies other elements of its approach that are also more contemporary than its 329-year-history, and famed British royal family associations, might suggest.

It is content, for example, not to have offices all over the planet to look after its international clientele, believing that "you can be global without necessarily having to have that very expensive" – not to mention potentially environmentally-questionable, and in some jurisdictions vulnerable to political, social and/or environmental upheaval –  global office "footprint".

As for Coutts's international business, Bagatelas doesn't rule out the possibility of adding others outside the UK at some point, but these days, he says, many international people are very happy to work with a bank that's located in London, even if they happen to live in another country, particularly if its a bank with Coutts's reputation and expertise.

That's because,  he explains, they value "the comfort and the surety of an organization that has been around this long" in a country that they see as an "island of stability, in a world of Covid, risks, and environmental chaos".

Bagatelas notes that when Coutts sold its then-international division to UBP six years ago, it did so specifically to reduce the number of countries in which it operated, in order to focus more on its home market, something other banks were also doing around that time, and have continued to – just as they've also been shrinking their home country branch networks, in favor of online banking services, a trend that has seen some new banks operating only online, which enables them to reduce their costs, compared to those that continue to operate out of traditional offices as well.

Cutting-edge digital technology is another element of the new Coutts package that Bagatelas says will be key in the private bank's international offering, particularly for many of the "next generation of our clients."

"Which puts us in the unique position of not only being thoroughly modern, in the digital aspect, but also being 329 years old," he adds.

"No other banking institution in the world has those bragging rights besides us."

In the UK, Coutts currently operates some 13 offices around the UK, in addition to its London headquarters, which is located on the Strand, just east of Trafalgar Square (pictured above).  In April, following parent NatWest's sale of the investment management division of its Scottish subsidiary, Adam & Co., it announced that Scotland-based Adam & Co.'s existing banking, wealth management and financial planning offices in Edinburgh, Glasgow and Aberdeen, which were not part of the sale, would become the base of operations for a new regional Coutts team.

From Moline to DC (then Brussels,
Dubai and Geneva...)

Bagatelas originally hails from Moline, Illinois, a city on the Mississippi River that's about three hours west of Chicago, and where his ancestors were among a community of Greek immigrants who settled in the area in the early years of the last century.

After obtaining an undergraduate degree in International Economics, and a Master's in International Relations, and starting out with the State Department in Washington, D.C., Bagatelas began what turned out to be a 30-year – and counting – international adventure, first in Brussels, still with the State Department, and then at a series of financial houses, including Credit Suisse, The Carlyle Group, Emirates NBD, and Citigroup Private Bank, Dubai.

Although it's his first time living in London or indeed, the UK, he says he knows it well both "as a diplomat and then as a banker," and views it as "the mega city capital of the world," even in the wake of Brexit.

"It is so important, not only for our American clients, resident here and all around the world, but for so many international people," he says, returning to the idea of the  stability and longevity of the UK generally, and London in particular.

"An enormous amount of change is being thrust upon us right now, and we find, that our clients seem to feel a sense of security from the fact that we've been around so long, whether they're from some of the oldest and most-established families from around the world that we've looked after for generations, or our newest clients, such as certain of our young and highly-successful entrepreneurs."

More in this category: « Q2 renunciation numbers appear to rise, even as appointments to begin the process remain elusive Coutts & Co., MASECO and Mishcon de Reya among the world's 4,070-plus B Corp brands (and counting) »