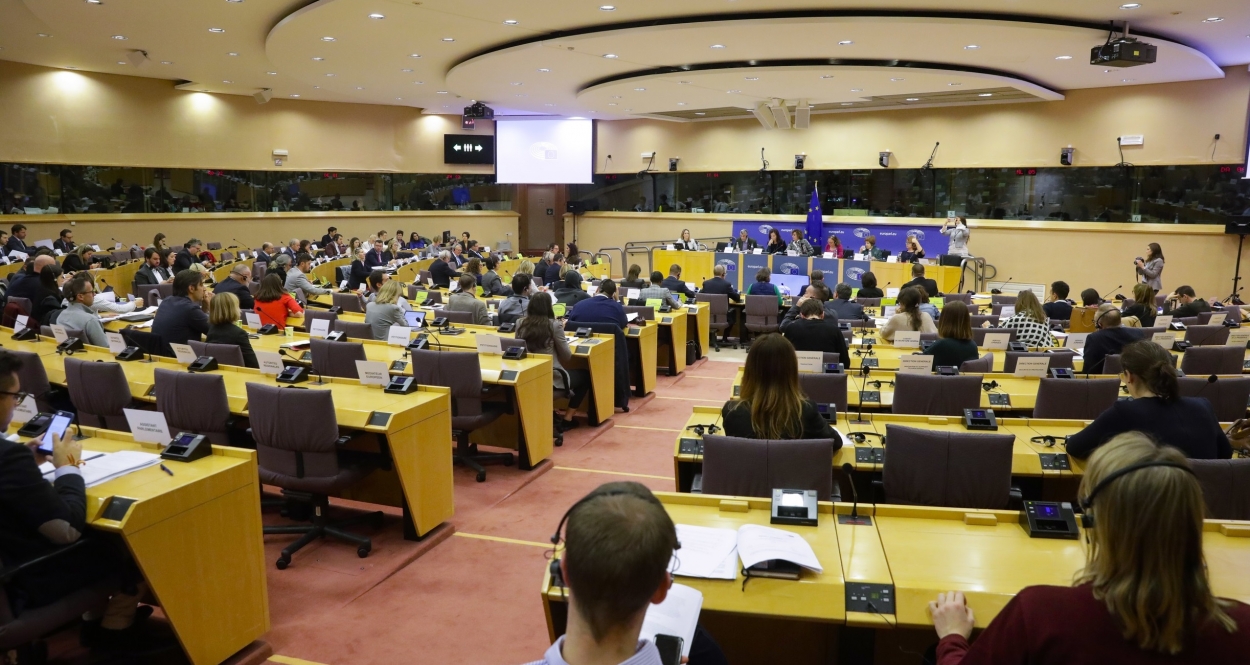 Above, a PETI hearing in November, 2019, on the subject of FATCA, in response to a French citizen's petition

An American resident in the Netherlands who, like many other American expats in Europe, has been frustrated by his inability to invest in the vast majority of regulated investment products because of his "EU-resident, 'U.S. Person'" status, is calling on the EU Parliament to exempt him and others in this category, on request, from its MiFID II (Market in Financial Instruments Directive II) and PRIIPs (Packaged Retail and Insurance-based Investment Products) regulations.

In a petition recently accepted by PETI, as the European Parliament's Petitions Committee is known, Nicholas Lee argues that permitting "U.S. Persons" to choose to exempt themselves from these EU investment regs would be a relatively uncomplicated way of removing an unpopular and problematic barrier for tens of thousands of potential would-be investors who, like him, are U.S. citizens resident in the EU.

He notes that a system of enabling Americans to opt out of the regulations could be modeled on existing regimes in EU law, whereby certain types of individuals, typically high-net-worth and ultra-high-net-worth, are able to elect to be exempted from the MiFID and PRIIPs regulations, which were introduced in an effort to protect ordinary investors from the harm that can come from investing in riskier asset classes.

The petition formally known as "Petition No 0394/2021 by Lee Nicholas (American) on exemption of US nationals from PRIIPS regulations due to FATCA," is, as reported,   one of three PETI petitions to have been filed in the past year, and the fourth since 2016, over issues resulting from FATCA that EU citizens who are also considered to be "U.S. Persons" have been struggling with for years.

These difficulties that American expats around the world have been having when trying to invest – which their Homeland counterparts don't struggle with – have their origins in the anti-tax-evasion-prevention law known as FATCA, signed into law by President Obama in 2010.

More information may be found by clicking here, and scrolling down to item No. 17.

As this and other publications have been reporting for years, various other efforts aimed at addressing some of the FATCA-related issues impacting Americans resident in Europe have also been attempted, most of which are still active.

These include a 2019 legal challenge against the British tax authorities' sharing of her data with the U.S., by a UK-resident American known as "Jenny"; long-running efforts to bring about change in the way the EU permits member states to enforce FATCA, on behalf of "Jenny" and others, on the part of Mishcon de Reya partner Filippo Noseda;  and the often-innovative efforts of Fabien Lehagre's Paris-based Association des Américains Accidentels (AAA), which has launched a series of formal legal actions and complaints since it was founded in 2017.

The latest of these, in a case which is ongoing, involves  a legal complaint against the U.S. State Department over what the AAA and its 10 co-plaintiffs argue is the illegal and unconstitutional cost of renouncing one's U.S. citizenship. Prior to the introduction of FATCA, they argue, renunciation had been free.

Meanwhile, as reported, a couple of European Court of Justice (CJEU) decisions last year were also seen as putting European Union officials on notice that FATCA was in need of revisiting, which, earlier this year, the EU Data Protection Board formally told EU member states to do, in the form of a "review" of their international agreements "that involve international transfers of personal data, such as those relating to taxation (e.g. to the automatic exchange of personal data for tax purposes)."

"Petition No 0394/2021 by Lee Nicholas (American)" begins with the statement that "the petitioner denounces that due to the applicability of the extraterritorial "Foreign Account Tax Compliance Act" (FATCA) it is difficult for "U.S. Persons", resident in European Union Member States, to obtain access to numerous financial services or products."

It adds that the situation is "specially problematic in the context of MiFID II (Market in Financial Instruments Directive II) and PRIIPs (Packaged Retail and Insurance-based Investment Products) regulations that require all investment products sold to EU residents to contain a 'Key Information Document', which...to date no U.S.-domiciled funds have provided.

"Due to the lack of funds compliant with EU regulations, most U.S. brokers refuse to sell responsible and safe investment products to a known EU resident."

For this reason, the petition continues, "the petitioner calls on the European Parliament to permit US-based brokers to sell publicly-traded and SEC-regulated investment products to EU residents, provided that they meet the definition of a 'US person' under FATCA, as an exception to MIFID II / PRIIPs rules."

In a seven-page "supplement" to his petition, which may be viewed by clicking here, Lee notes that although his effort concerns all "U.S. Persons" who currently find themselves blocked from being able to invest in MiFID II- and PRIIPs-regulated products, they are perhaps least fair to those "ordinary" EU citizens who have "no substantive ties to the United States," such as so-called accidental Americans.

"At a minimum, this body must examine the ways of mitigating the harms caused by the [European] Commission and Council’s acceptance of U.S. taxation of EU residents – in the short term, through adjustment of EU law, and in the long run, through making this a real diplomatic priority," he says.

As reported, PETI held a two-and-a-half-hour hearing on the subject of FATCA, and its effects on accidental Americans specifically, in November, 2019, in response to a petition submitted in 2016 by a French "accidental". (See photograph, above.) A second took place, mostly online, last November.

Among those testifying during both hearings were a number of members of the European Parliament, including Sophie in 't Veld of the Netherlands, a longtime advocate on behalf of Europe's accidental Americans, as well as officials from the European Commission and the European Data Protection Board.

In March, a U.S. Treasury Department official was reported to have agreed to a meeting on behalf of the Treasury with the EU officials to discuss FATCA-related issues, including those that these dual nationals are struggling with. This was in response to an invitation sent by EU officials the previous December, as reported. No further mention of such a meeting is known to have been made.

Charles Schwab telling clients in UK, Europe their accounts must move or be transferred by year’s end