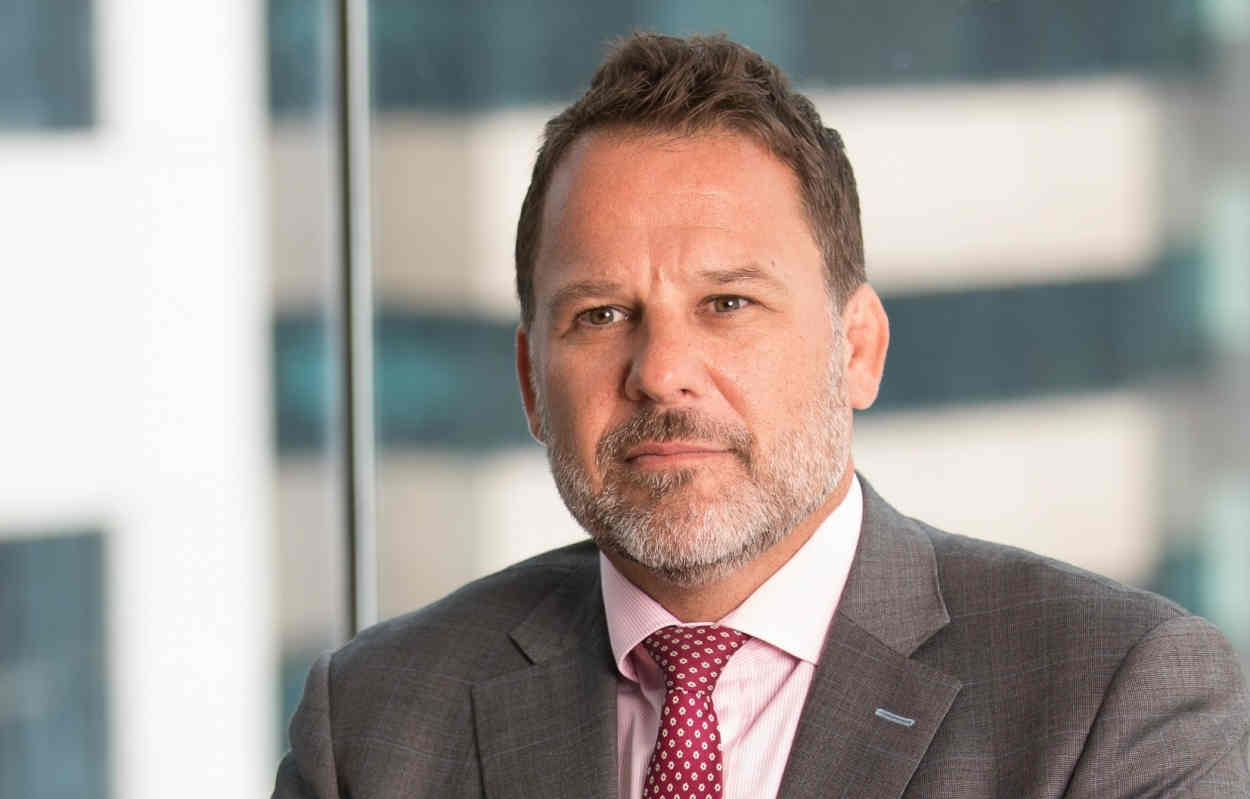 The growing need on the part of businesses and governments for help in dealing with the “geopolitical upheaval” currently taking place across the world is providing unprecedented business opportunities for companies in the cross-border corporate services sector, a new report from Vistra, the Hong Kong-based corporate services provider, has found.

The report, entitled Vistra 2020: The Disruption Advantage: Opportunity in a Changing World, highlights the collective impact that “simmering trade wars, nationalist politics and an unstable economic climate” are having on companies and jurisdictions, as 2018 draws to a close.

While this "muck" of an economic environment might not be anyone's liking, it does, the Vistra report suggests, present "brass"-like opportunities for those corporate services businesses that specialize in helping companies and jurisdictions to cope, providing they know how to take advantage of them.

The report is the latest in a series of annual reports Vistra began producing eight years ago. This year’s edition is based on information provided by surveying more than 800 respondents in a range of corporate services industry sectors, including lawyers, accounting/tax advice firms, banking/financial advisory firms, trust providers, consultancies, investment management companies, family offices and so on.

These respondents – 30 of whom provided their answers in in-depth phone interviews, according to Vistra, the rest via online reponses – were asked to share their views on three trends in particular that Vistra says are currently defining today’s corporate services industry: “how the sector is changing to meet an evolving geopolitical system, how regulation is becoming increasingly politicized, and how businesses across the industry may be sleep-walking into technological disruption.”

Among its findings, the Vistra report shows how, in the currently fraught, uncertain global climate, “the global financial system is dependent on the corporate services industry” to provide the infrastructure that will be needed to enable global economic development to continue, Vistra’s regional managing director for Asia and the Middle East, Jonathan Clifton, said.

How respondents rank the impact of various
political and economic factors on business
prospects over the next 12 months: 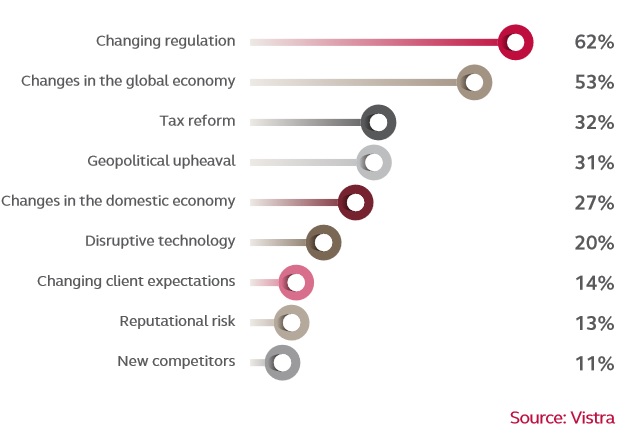 “And although major Western powers like the U.S. and the U.K. have taken an inward-focused stance [recently], with protectionist attitudes, our research shows that foreign direct investments has continued to increase," Clifton, pictured above, added.

“For example, in the U.S., despite President Trump’s U.S.-centric policy orientation, U.S. outbound direct investments have steadily increased in the past year to US$437bn.

“This clearly has positive implications for the corporate services industry to facilitate capital flows and economic growth.”

Other findings in the Vistra report:

• Some 53% of those surveyed by the Vistra researchers cited “developments in the global economy”, along with “changing regulation” (62%) as “the most pressing challenges” they face, and which they most expect to have a major impact on business

• “Increasingly politicized regulations” have been driving the cross-border corporate services industry to “ramp up their investments in compliance,” in response to the growing need to be able to demonstrate that they and their clients have nothing to hide

• Almost four in five – or 78% – of those surveyed said they were “confident in their ability to achieve timely and consistent compliance with new regulations” in their sector, “even though similar proportions (73%) admit that the speed and frequency of change is a challenge"

• Even more – 85% – said they expected the political pressure that has forced greater scrutiny of tax and financial data “to continue unabated,” even though 76% said they believed that governments “have underestimated the challenge that automatic exchange of information places on their business," (an apparent reference to the OECD’s Common Reporting Standard, which sets out a system under which more than 100 countries have now agreed to automatically exchange bank account information as a means of combating tax evasion)

At one point, the authors of the Vistra report don’t shy away from pointing out what they think is an error of judgement on the part of their respondents. This, at least, is how they appear to interpret the fact that “only 20% of [the] industry professionals [surveyed said they] expect technological change to have a notable impact on their business."

“Today, the focus for many in the industry is firmly on bread-and-butter issues such as automating “know your customer” and anti-money laundering requirements, rather than on more exotic technologies such as AI and blockchain,” they say.

“Only 22% [of respondents said they are] looking into blockchain, which is relatively low, considering the potential upheaval that crypto-currencies could create in the industry.”

As for some of the individual jurisdictions, the Vistra report sees the United States as having taken a “great step back” with respect to the way it is now approaching international trade and investment, compared to "decades" past, as President Trump “reorient[s] policy in a more closed and U.S.-centric direction, re-shaping the country’s relations with rivals and allies alike,” and preferring “bi-lateral rather than multi-lateral deals.”

Europe, meanwhile, is battling with divided views over its own future, while China is seen as an “evolving opportunity,” the respondents surveyed by the Vistra researchers said, according to the report.