Carolyn Maloney, the Democratic Congresswoman who represents a New York City district, and who co-founded the Americans Abroad Caucus in 2008, told a virtual Town Hall of American expats from around the world on Monday that she would "soon be announcing a new, [Republican] co-chair" for the organization.

The Republican whom Rep.  Maloney said she was referring to was Rep. Maria Elvira Salazar, a fellow member of the House of Representatives who represents a district of Miami, Florida, which is the state that the Harvard-educated journalist, author and politician is originally from.

The caucus has been without a co-chair since March of 2020, when Republican Mark Meadows of North Carolina left his seat in the House to become President Trump's chief of staff.

Spokespeople for Rep. Salazar's office didn't immediately reply to a request for comment about her possibly joining forces with Rep. Maloney, as caucus co-chair. 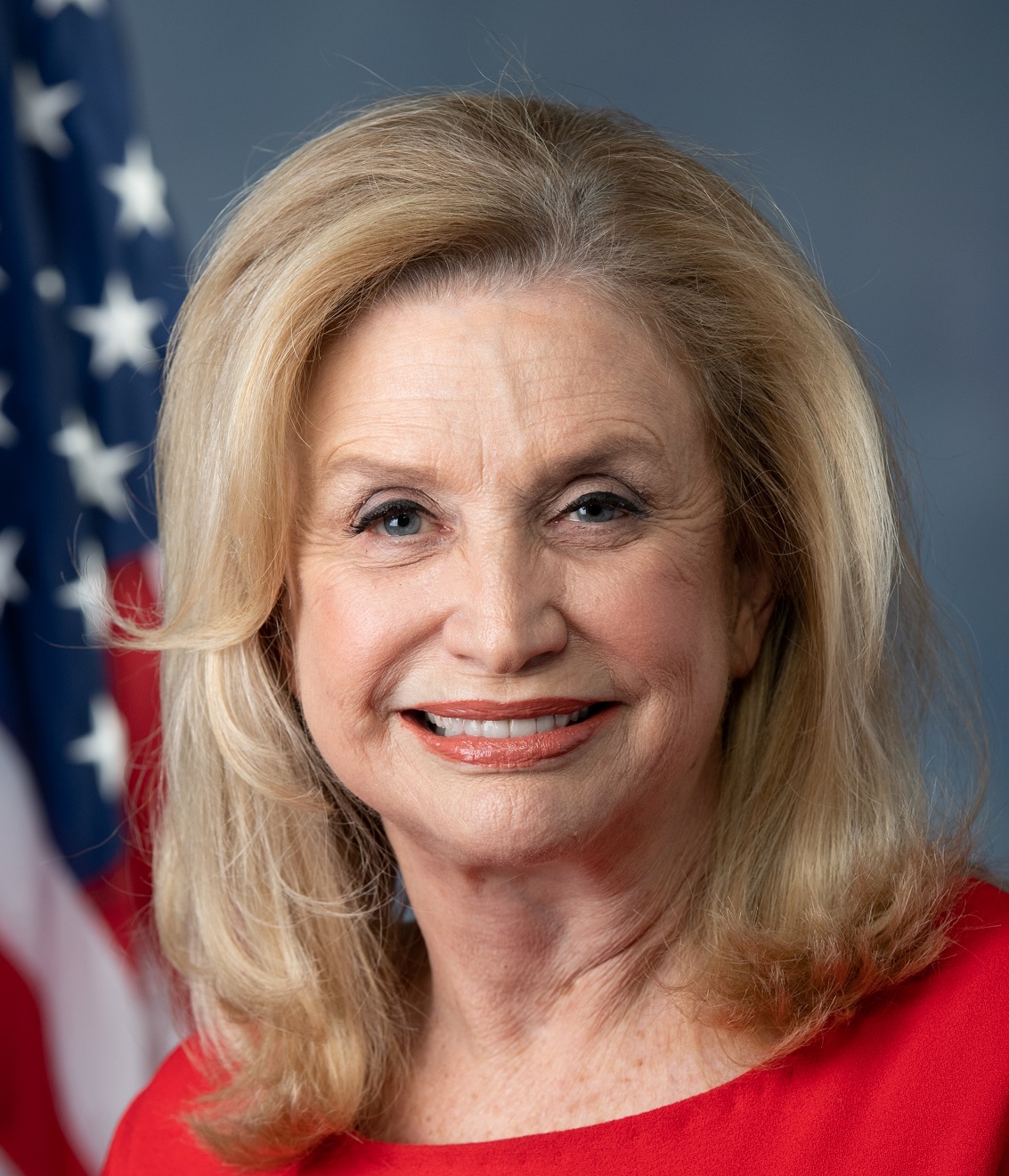 In her introductory comments, before the Zoom meeting got underway, Rep. Maloney, (pictured left, and also in the top row, above), said she knew that Rep. Salazar would be "a great addition" to the caucus.

She also stressed throughout the session the importance and need for Americans abroad to reach out to Republicans as well as Democrats, saying at one point, "you have to have people on board from both sides of the aisle" if pro-expat legislation is to have a chance of passing.

Also during Monday's 50-minute-long Zoom meeting, Rep. Maloney confirmed, as expected, that she plans to re-introduce two bills in the next session of Congress that she previously put forward in 2019 – one, called the Overseas Americans Financial Access Act (H.R. 4362), which has a similar objective to the "Same Country Exemption" proposal that the American Citizens Abroad has been calling for since 2015; and the other being her so-called Commission on Americans Living Abroad Act of 2019 (H.R. 4363), which would provide for the creation of an "Executive Commission" that would be comprised of a 10-member bipartisan panel tasked with "examin[ing] the concerns of U.S. citizens living and working abroad."

Rep. Maloney said Monday's Town Hall, which was recorded and may be viewed on YouTube by clicking here, had been organized by James Lever, an expatriate American who lives in Paris, and that "nearly 500" Americans from around the world had signed up in advance for the virtual meeting, although in the end only around 150 actually participated.

The event was moderated by Jim Bittermann, a Paris-based American television journalist (with CNN) who told the events' participants that he himself had been "an overseas American resident for more than 40 years."

Early on in Monday's meeting, Rep. Maloney acknowledged that the U.S. government's failure to provide Covid-19 vaccines for the country's expats, even as it was providing them for all Homeland Americans, was frustrating many Americans abroad, which she knew because many of them had reached out to tell her.

She said she was working on the matter – getting signatures for a letter on the matter, for example, which eventually will go to the State Department – and added that "we have to take care of our citizens wherever they are, and vaccinations are absolutely essential now."

Other issues discussed during the event included various FATCA-related issues, including the difficulties many expatriates have been having in getting and maintaining bank accounts, as growing numbers of institutions seem to be avoiding having American expats as clients; the general difficulties "tax-paying and voting" expatriate Americans have in getting Congress to notice and respond to their issues, and whether direct Congressional representation, in a manner similar to France's, might be a solution; and efforts to move the U.S. to a residence-based taxation (RBT) regime, since the current U.S. citizenship-based (CBT) system, unique to the U.S. and Eritrea, is the source of many of the financial issues American expatriates struggle with.

The problem with CBT is that it obliges American expatriates to file U.S. tax returns every year, even if they never owe any taxes to the U.S., as they've been abroad for decades and are paying and have been paying taxes in the countries in which they are resident, and often also citizens, for most if not all of that time, and continue to do so now.

On the subject of CBT vrs RBT, Rep. Maloney said that while she did "understand that the citizenship-based taxation has negative consequences for Americans living abroad, [and] it certainly isn't a perfect system, and [that] the United States is an outlier in this regard, if I'm being honest, I don't see our system changing now."

She added: "The status quo can be a powerful force, [and] the...complexities of a major overhaul to our taxation system mean that the odds are, we don't do it."

That said, she suggested that a discussion on the matter could potentially be arranged with the chairman of the House Ways and Means Committee, Richard Neal (D, Mass.), and she also urged those of her expat Zoom call listeners in particular "who live in his district in Massachusetts to reach out to him and to raise these issues directly [with him], so that it is on his agenda."

In the meantime, Rep. Maloney said she will remain "more focused on making sure that the system that we [currently] have works better for those living abroad."

Accidental Americans and costs of renouncing

In response to a question about the costs and difficulties so-called accidental Americans are experiencing in renouncing/relinquishing their citizenships, Rep. Maloney said she felt that it was not unreasonable for renunciants to be asked to "cover the legitimate costs" involved, as the State Department relies on "some fees" to cover the costs of providing the services involved.

"But we shouldn't look at these fees as a way to punish people, or to raise money for other purposes," she added.

"Personally, I think that they should only be related to what the actual cost is to revoke the citizenship."

She admitted that she wasn't as familiar with the topic as she could be, adding that she would be "happy to look into it" but that "again, this is the type of issue that could be looked at in an informed way" by the Executive Commission for expatriate issues that the bill she's planning to introduce would establish.

Accidental Americans is a term given to refer to citizens of countries other than the U.S. who, often unknown even to themselves until recently, acquired U.S. citizenship as a result of either having been born in the United States or by having had at least one parent who was a US citizen at the time they were born. In the Netherlands they're sometimes called "unintentional Americans."

Rep. Maloney has been a member of the House of Representatives since 1993, originally for New York's 14th Congressional District, then, since 2013, following a re-districting, its 12th district.

The Americans Abroad Caucus she co-founded in 2008 with Rep. Joe Wilson (R - South Carolina) currently consists of 18 members of the House of Representatives, including two members who were themselves born overseas:  Don Beyer (D-Virginia), who was born in Trieste, Italy, and Jim Hines (D-Connecticut), born in Lima Peru.

It also includes Gregorio Kilili Camacho Sablan, a non-voting "Delegate to the House of Representatives" who is affiliated with the Democratic party and represents the Northern Mariana Islands, according to a fact sheet about the Americans Abroad Caucus on the website of the American Citizens Abroad.

AARO's Atkinson: 'Let's take advantage of this rare outreach by a member of Congress'