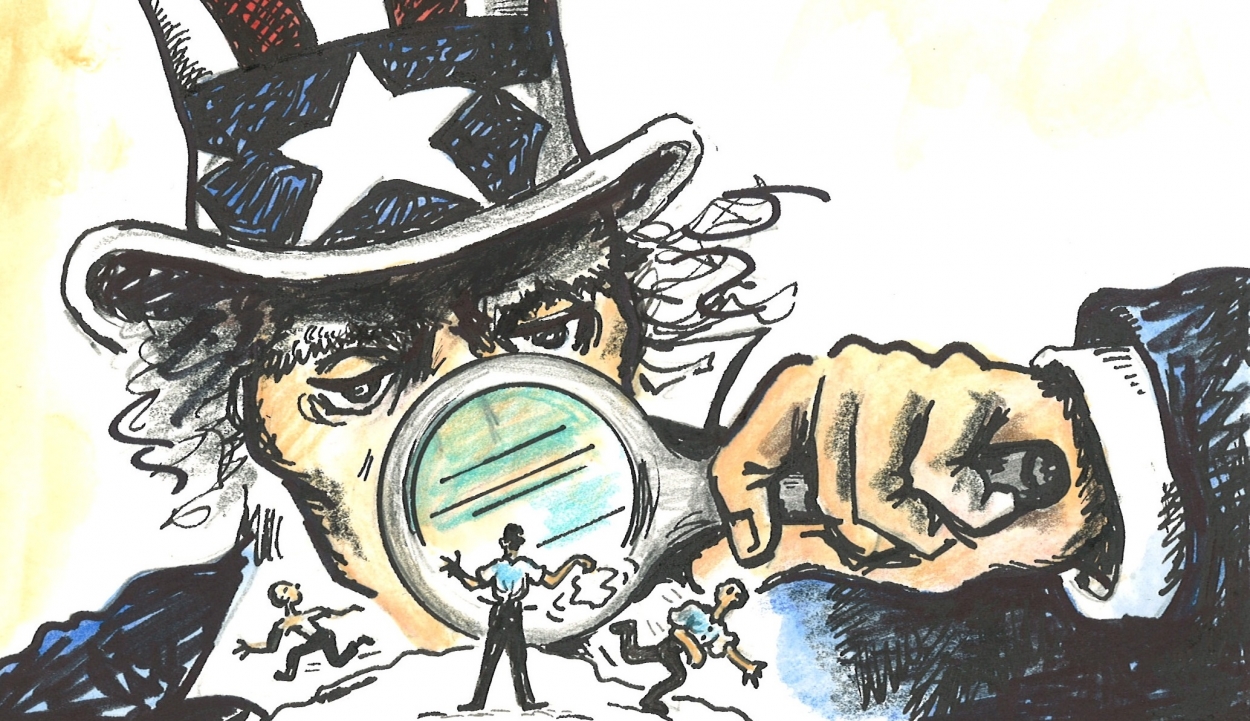 Proposed regulations that would require U.S. banks to report their customers' account information to the Internal Revenue Service on a regular basis have been widely criticized in the U.S., not just from the bankers who would be required to gather and forward the huge volumes of data that would be involved, but from consumers themselves, according to media reports.

But loud criticism is also coming from abroad, as experts familiar with the unintended and significant effects on expatriate Americans that a similar effort to "spy" on the overseas financial accounts of American citizens – the Foreign Account Tax Compliance Act of 2010 – has had have been speaking out.

What is different in 2021 from eleven years ago, they note, is that at least this time, the proposal to monitor taxpayers' bank accounts is being openly discussed.

Back in 2010, FATCA was signed into law while hidden inside a domestic jobs bill known as the HIRE Act (Hiring Incentives to Restore Employment).

And although a handful of people spotted it, and warned that it could have major implications for financial services companies in the cross-border space, the mainstream media missed it completely.  As a result, it was months before even the most basic implications of FATCA for banks, and Americans with non-U.S. bank accounts, began at last to emerge, and years before certain other consequences started to be observed.

Under the proposed plan – which is aimed helping to close the so-called "tax gap" between what American taxpayers pay, and what they are believed to actually owe, in taxes every year – banks and other financial institutions in the U.S. would be expected to report on every movement into and out of their clients' accounts of amounts of US$600 or more, on an annual basis.

Critics say this US$600 threshhold is so low that the mere collecting and processing of the huge volumes of data that the plan would involve would require eye-wateringly massive and expensive systems to handle, while at the same time making the personal, financial data of millions of Americans vulnerable to attack.

They also question whether the additional revenue this new regime would generate would come close to covering the added costs it would oblige the IRS to spend on implementing it – not to mention the added costs that U.S. banks and financial institutions would be obliged to take on.

What's different this time from what happened in 2010 is the fact that this time, the banks which are to be expected to compy with the law are American institutions, whereas last time, they were foreign banks and financial services entities. The U.S. administration is thought to be more likely to seek to accommodate its own banking and financial services industry than it would have been to respond to foreign banks' opposition in 2010.

Among the media critics of the proposed information-reporting regime was a New York-based columnist who writes for the Toronto-based Globe & Mail, one of Canada's most-read publications.

Because many Canadians are also U.S. citizens and /or have business or personal interests in the U.S., they tend to be disproportionately affected by U.S. regulations, although opinion writer Gus Carlson's article, which essentially rounds up the criticisms of other commentators, focuses on the proposed regulation's invasion of U.S. citizens' privacy, and its "apparent lack of respect for a basic tenent of the rule of law in a free society: that a person is innocent until proven guilty."

In a piece  headlined "The Biden administration's 'targeted' plan to catch rich tax evaders isn't remotely targeted – it's Orwellian", Carlson quotes Wyoming Republican Senator Cynthia Lummis as suggesting "that the plan is rooted in a lack of trust in the American worker."

He quotes the Wyoming senator as having asked U.S. Treasur Secretary Janet Yellen, during a recent Senate hearing, whether she "distrust[ed] the American people so much that you need to know when they bought a couch? Or a cow?"

Carlson went on to note that a small-business owner in New York had told him that if the plan were implemented as described, "she would move more of her business to cash-only transactions," and that she went on to add that "nobody in their right mind would want to have a bank account" if the law were to be adopted.

Republican Overseas: 'resist
this latest assault on our privacy'

The Republicans Overseas has been among the biggest critics of the Biden Administration's plan – perhaps not surprisingly, politics being what they are.

In a statement released last month, and posted on the RO website here, the overseas arm of the Republican party said it "decrie[d]" the Democrats' plans to "spy on domestic Americans’ bank accounts" and called on Republican members of the House and Senate "to stop this governmental overreach."

The RO statement added: "Overseas Americans know all too well the horrors of having the U.S. government pry into our personal financial affairs.

In 2010, Democrats passed the HIRE Act. To pay for this legislation, Democrats implemented the Foreign Accounts Tax Compliance Act, or ‘FATCA’. They estimated that conniving Americans were hiding assets overseas, and that assessing overdue taxes and imposing hefty fees on these assets would generate nearly US$100 billion in income.

"As usual, Democrat math lacked precision: the Joint Committee on Taxation ended up scoring the bill at US$870 million per year.

"However, no one knows how much the Treasury’s Financial Crimes Enforcement Network has actually taken in through FATCA enforcement, and academics estimate that less than US$100 million net may have been recovered.

"Meanwhile, the 250,000 worldwide foreign financial institutions impacted by FATCA spend an estimated US$60 billion to US$100 billion annually in compliance costs.

"What makes these institutions comply? Quite simply: penalties.

"Under FATCA, the IRS can impose a 30% withholding tax on all U.S. dollar transfers of funds to foreign banks that do not cooperate with the IRS by identifying which of their customers are U.S. citizens. This penalty could cripple a bank, and so banks comply – but they also minimize their risk by reducing their exposure to American citizens."

The Republican statement goes on to describe how the existence of FATCA has affected Americans resident overseas.

Such Americans, it notes, "often cannot open personal or business bank accounts, arrange or keep their mortgages, or save for retirement.

"A 2014 study conducted by Democrats Abroad indicated that overseas Americans were forced to close nearly 1 million bank accounts due to FATCA.

"The survey also showed that more than two-thirds (68%) of checking accounts and nearly half (40.4%) of savings accounts closed had balances of less than US$10,000."

The Republicans Overseas' statement ends: "We urge Republicans to resist this latest Democrat assault on our right to privacy and to protect both domestic and overseas Americans from governmental intrusion into our private financial affairs."

In 2019, a U.S. Government Accountability Office report on FATCA revealed a number of major issues that it said had been the result of the introduction of the 2010 law,  which it noted had also contributed to a "nearly 178%" increase in the rate of citizenship renunciations between 2011 and 2016.

The 83-page GAO report may be read and downloaded by clicking here.