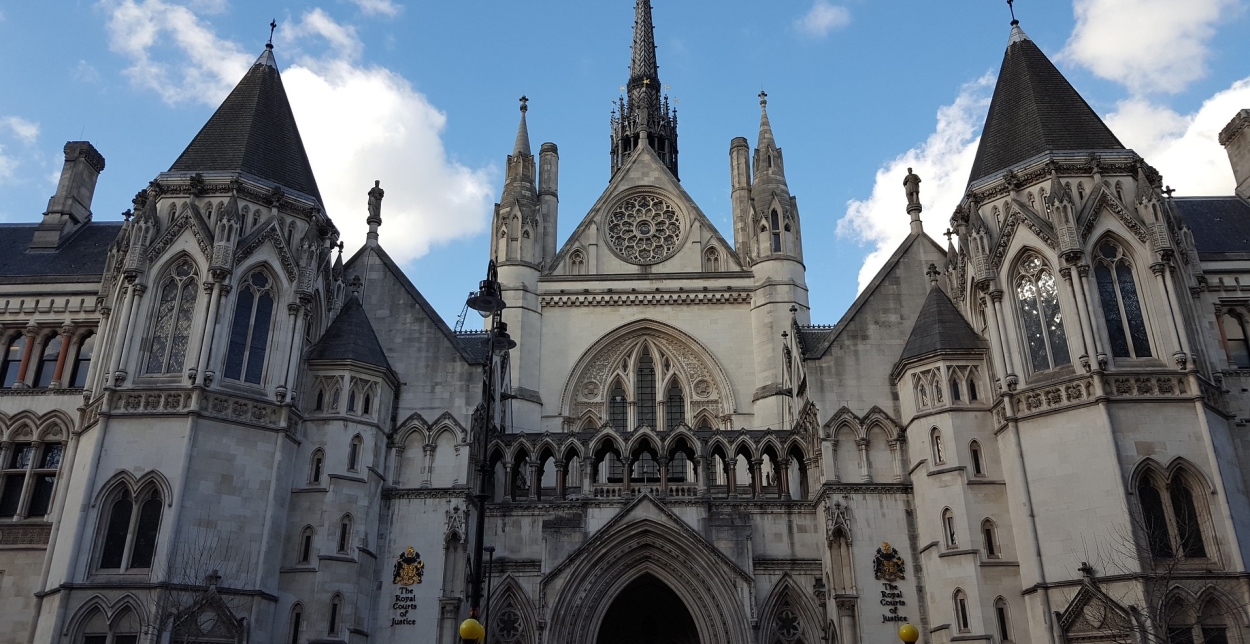 Lawyers for a U.S.-born, UK resident woman who has become well-known in certain American expat circles for her ongoing challenge about the way the UK has allowed her personal financial data to be shared with the U.S. authorities, under FATCA –  today filed a claim on her behalf in the UK's High Court, arguing that the breaches of her data protection rights had caused her "personal damage and distress."

Until now, the woman has been known only as "Jenny", but on Friday, Oct. 29, in its report of her latest court action, the London-based Financial Times revealed her full name is Jenny Webster, and that she's a 43-year-old "self-employed editor and a researcher at the University of Central Lancashire."

Webster's lawyers, Mishcon de Reya, argue that because the data breaches they allege took place before the UK left the EU at the end of 2020, her claim "engages the [EU's] GDPR as well as the previous EU Data Protection Directive, which was at the heart of the recent 'Schrems II' judgment on the transfer of personal data to the U.S."

In that case, as reported, the Court of Justice of the European Union held that U.S. data protection rules are not essentially equivalent to those required under EU law.

The case filed today, Webster v HM Revenue & Customs, comes more than two years after Webster revealed her plans to crowd-fund her planned challenge of the legality of the British government to share her personal financial data with the U.S. IRS under FATCA, a U.S. tax evasion-prevention law which came into force in the UK in 2014.

Under FATCA, HMRC – as the UK's tax authority – is obliged to oversee the implementation of the data exchange process with the U.S., under a bilateral agreement with the U.S. known as an 'intergovernmental agreement' (IGA).

Webster came to the UK some 21 years ago as a student, married a British man, and received British citizenship in 2010.

She says she first learned about FATCA, like many other American expats, when her bank contacted her to inform her that she had U.S. tax obligations, and as part of this, the bank was obliged to send information about her accounts to the IRS.

Since launching her campaign in 2019, she has tirelessly continued to pursue her challenge, seemingly undaunted by a setback last year, when the UK's Information Commissioner's Office (ICO) failed to uphold her complaint.

However, as today's filing reveals, the distress caused by the alleged breach of her individual rights, and her efforts to pursue a solution to this, have taken their toll.

Filippo Noseda, the prominent Mishcon de Reya lawyer who has headed up Wevster's FATCA challenge from the beginning, said in a statement today that her claim was "symptomatic of the steady erosion of individuals' data-privacy rights by governments".

Webster's claim, he added, should serve as a a reminder that individuals' data protection rights are relevant in the context of e-commerce, as well as data processing by governments.

Last July, after the European Court of Justice struck down the so-called EU-U.S. Data Protection Shield (Privacy Shield) regulations, Noseda told the American Expat Financial News Journal that although the ruling was a "potential game-changer", until this point, both the EU's government officials as well as its data protection guardians had "consistently refused to intervene in the debate about FATCA".

An Oct. 25 answer to a Parliamentary question, provided by EU Commissioner for Financial Stability, Financial Services and the Capital Markets Union from Mairead McGuinness, was seen by some expatriate American FATCA-watchers as not adding any new clarity to the matter.

In her response, Commissioner McGuinness noted that "the application of FATCA is...not per se a breach of [the EU's Payment Accounts Directive], which does not set rules about the documentation to be presented by the consumer opening a payment account." (The Payment Accounts Directive, or PAD, obliges EU banks to provide a basic bank account to any EU citizen who wishes to have one, a matter that has been raised by  some Europeans whose banks have found them to also have American citizenship.)

"Article 15 of PAD prohibits discrimination based on nationality, place of residence or on any other grounds referred to in Article 21 of the Charter of Fundamental Rights of the EU," McGuinness's Parliamentary question response continued.

"Member states should ensure access to payment accounts with basic features irrespective of the consumers’ financial circumstances, such as their employment status, level of income, credit history or personal bankruptcy."

At issue – for Jenny Webster as well as the EU banks that have hesitated to ofter bank accounts to some European citizens who appear to have American citizenships that they aren't able to provide Taxpayer Identification Numbers for – is FATCA, the tax evasion-prevention law signed into law by President Obama in 2010, as the revenue-providing element of a domestic jobs bill known as the HIRE Act.

Officially known as the Foreign Account Tax Compliance Act, FATCA mandates stiff penalties for "foreign" (non-U.S.) financial institutions that fail to report to the U.S. the bank account details, including assets, of any of their clients who happen to be U.S. citizens or Green Card holders.

Since it came into force around the world (after the agreeing of more than 100 IGAs between the U.S. government and foreign governments and jurisdictions), FATCA has made life far more difficult and costly for America's expats, as a 2019 Government Accountability Office report noted.

According to this report, FATCA contributed to a "nearly 178% increase" in the rate of citizenship renunciations between 2011 and 2016, a trend that has continued since then, with 2020 renunciations breaking all previous records.

Editor's note: This story was updated on Oct 29, 2021 to incorporate new information that was published for the first time in the Financial Times, in an article entitled "Taxpayer in court challenge to UK-US data pact".