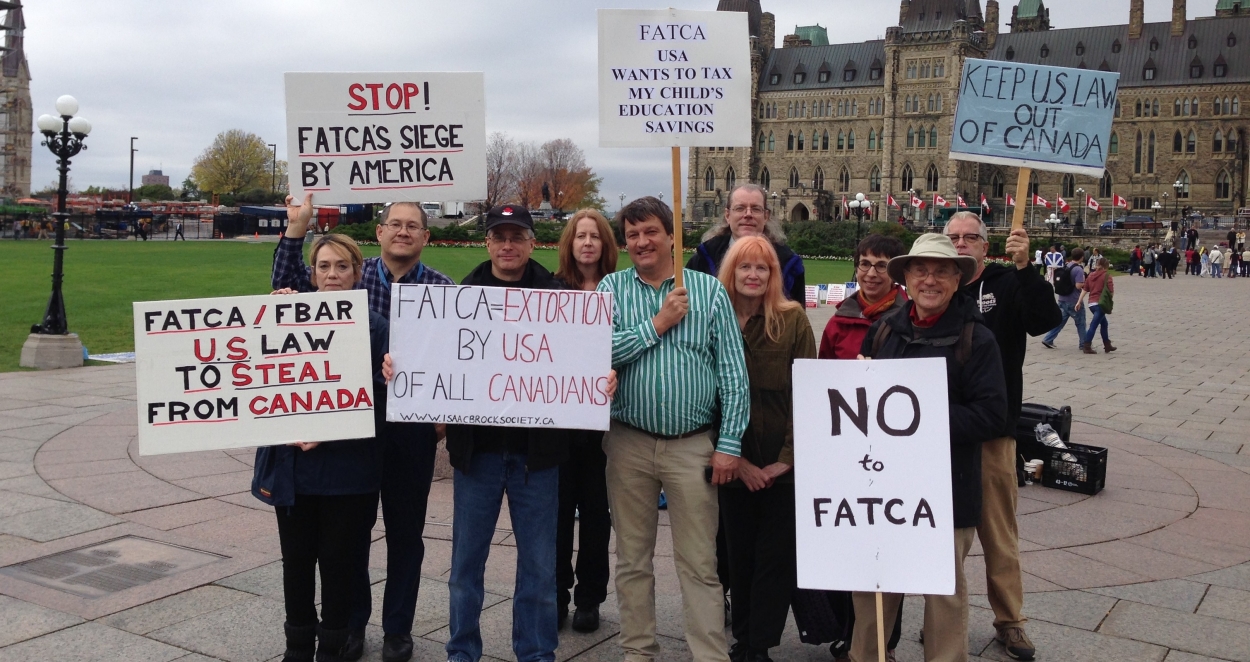 A long-awaited appellate court hearing in a years-long challenge of Canada's Foreign Account Tax Compliance Act-implementation legislation will take place on March 30, sources involved in the matter are reporting.

The hearing represents the latest in a series of hearings and other actions that have taken place over the past six years, as a group of dual Canadian/U.S. citizens resident in Canada have sought to challenge the constitutionality of the Intergovernmental Agreement (IGA) that Canada uses to implement the U.S. tax evasion-avoidance law known as FATCA.

At issue in the hearing on March 30 will be a July 22, 2019 dismissal, by a Federal Court judge in Ottawa, of the latest legal effort by two dual Canadian Americans /U.S. citizens to block Canada’s implementation of the U.S.’s Foreign Account Tax Compliance Act. As reported, the ruling by Federal Court of Canada Justice Anne Mactavish  came some six months after a five-day trial that took place earlier that year in Vancouver.

It came just three days after a French court decided in favor of allowing France’s FATCA implementation regime to stand, and was declared, by supporters of the plaintiffs,  to have dealt a blow to thousands of Americans with dual citizenship and consequent tax obligations, not just in Canada but around the world.

The Canadian/Americans filed their appeal against the dismissal on Sept. 30 of 2019.

The two plaintiffs in the case – Gwendolyn ("Gwen") Louise Deegan and Kazia Highton – have lived most of their lives in Canada, and have been relying on donations to fund their campaign.

They argue that the Canadian government, by providing the U.S. IRS with the financial information about those of its citizens who are also considered by the U.S. to be Americans, typically because of having been born there, as it's obliged to under the FATCA IGA, violates the Canada-U.S. Tax Treaty, as well as Canada's Charter of Rights and Freedoms.

The case has been supported ever since it began by a lobbying group called the Alliance for the Defence of Canadian Sovereignty, whose board members include its chair, University of Toronto professor Stephen J. Kish; co-chair and Toronto-based American lawyer and expat rights advocate John Richardson; ADCS treasurer/secretary Patricia Moon; and Calgary-based director Carol Tapanila.

Greg DelBigio, of the Vancouver law firm Thorsteinssons, continues to represent them in the matter, according to an 85-page court document outlining their arguments, which was filed in December, 2020.

A link to this Memorandum of Fact and Law, along with links to other relevant documents and background about the case, may be viewed on the home page of the ADCS's website, by clicking here.

The case has been covered ever since its earliest stages by the Isaac Brock Society, an advocacy blog/website that was launched in 2011 by a handful of Canadian Americans who even then had begun to become increasingly frustrated by the American government's intensifying efforts to come after them. (The photograph at the top of this article was taken during an anti-FATCA Isaac Brock Society's demonstration in Ottawa in 2013.)

The site takes its name from a British military hero named Isaac Brock, who is remembered for his role in helping to defend what is now Canada from an American invasion in 1812.

To read more about the Gwen and Kazia campaign and other issues on the Isaac Brock site, click here.