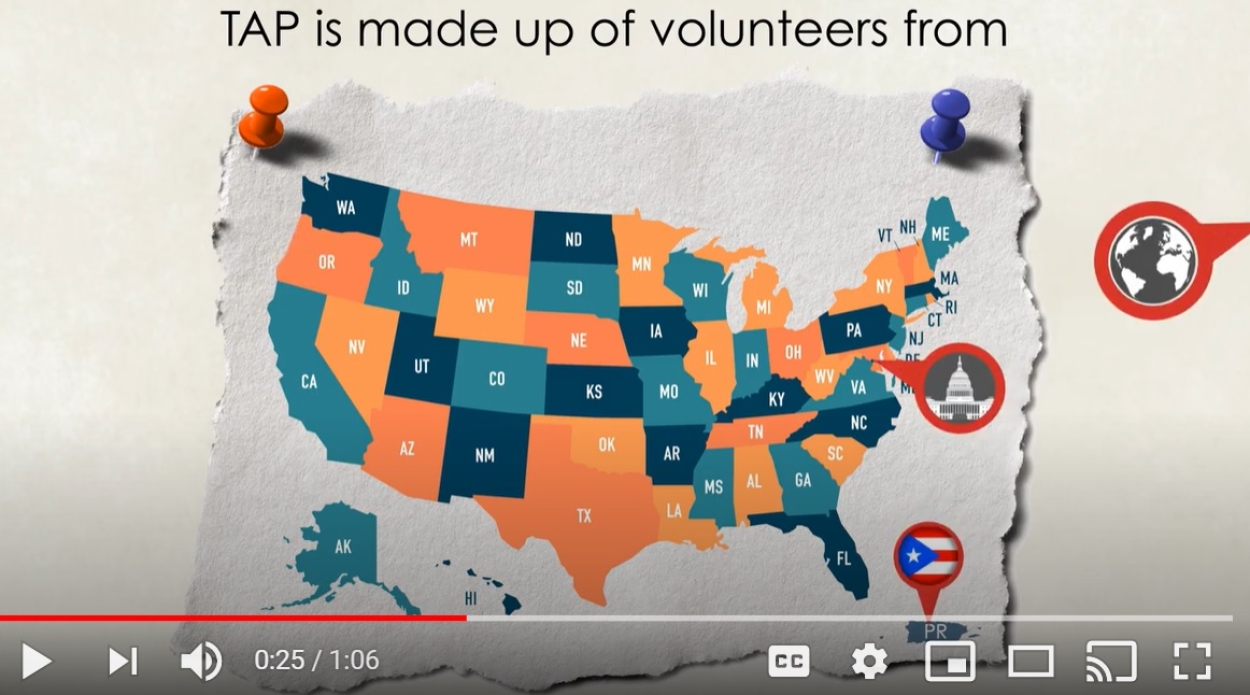 Months after many observers might have expected to hear who’d been chosen to succeed Paris-based American expat campaigner Laura Snyder as the IRS’s sole overseas member of a grass-roots voluntary organization known as the Taxpayer Advocacy Panel, it’s at last emerged that London-based Rebecca Lammers has been chosen for the role.

Her term is effective immediately, and runs until the end of 2024.

Lammers's appointment was quietly announced last month by the IRS, in a statement on its website, in which it also announced the appointment of 24 other new TAP members (each of whom represents a U.S. state), and called for “new volunteers to apply by April 8” (a date that’s now passed).

“These new TAP members will round out the panel, with 69 volunteers for 2022,” the statement adds. 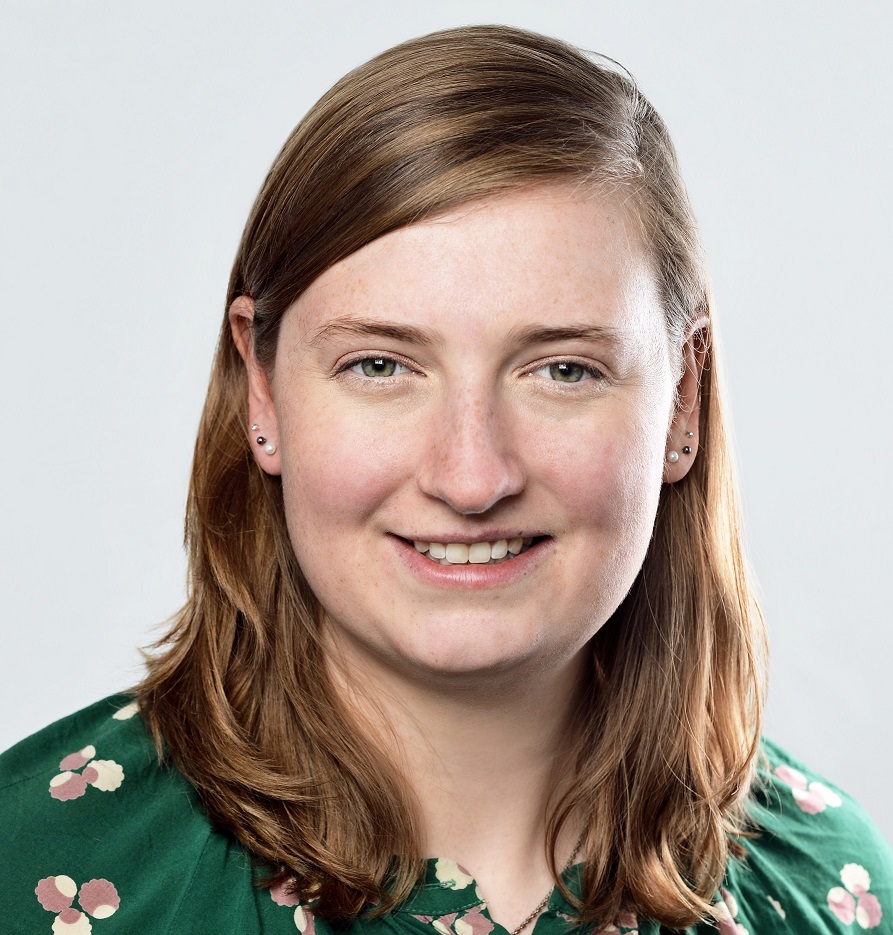 Lammers, pictured left, is originally from Ohio, and is known to many Americans abroad for her efforts on behalf of the Democrats Abroad (DA), the official overseas arm of the Democratic Party. By profession she's a music industry entrepreneur, and has lived in London for the past 14 years.

As reported, Dr. Snyder, a lawyer and member of the board of the Association of Americans Resident Overseas, joined the Taxpayer Advocacy Panel in December 2018, and served the full three years of her term, which ended at the end of December, 2021.

The Taxpayer Advocacy Panel is funded and supported by the National Taxpayer Advocate, an office of the IRS. According to its appropriately-named website – ImproveIRS.org – TAP was created in 2002 and exists "to listen to taxpayers, identify taxpayers' issues, and make suggestions for improving IRS service and customer satisfaction."

TAP members work with IRS staff, who help them navigate the IRS, provide research on relevant issues, and arrange consultations with subject-matter experts. Every year TAP prepares an annual report of its work over the previous 12 months.

Around 75 volunteers comprise the TAP panel, each of whom serves three-year terms, a third of which are re-filled on a rotating basis each year.

"At all times, there must be at least one member from each state, as well as from Washington, D.C. and Puerto Rico," the ImproveIRS.org site points out, while "one additional member represents U.S. citizens living or working abroad."

Each TAP member belongs to one of six core project committees: Notices and Correspondence, Special Projects, TAC Improvements, Tax Forms & Publications, Taxpayer Communications, and Toll-Free Phone Lines, while "select members of these committees belong to the Outreach Committee, which is tasked with raising awareness about TAP, recruiting, and providing information to communities."

Americans abroad are invited to submit any suggestions they may have for improvements to the IRS via the TAP website, or by contacting Lammers directly at This email address is being protected from spambots. You need JavaScript enabled to view it..

Conscious that some might question a member of one of the two main U.S. political parties being involved with TAP, Lammers stresses that TAP members are volunteers, and so aren’t subject to the same rules as government employees are.

“Being able to view two sides of the coin has brought clarity to my tax advocacy work," she explains.

"I’m currently honing in on where to focus my advocacy efforts with TAP. My predecessor, Laura Snyder, did an excellent job of submitting issue after issue [to TAP on behalf of] U.S. tax-filers abroad. I am now reviewing her work, to see where I can pick up."

“In my TAP role, I don’t care what your politics are. If you're having a problem with the IRS, and you live outside the U.S., I want to hear from you.”

Lammers sums up her position by pointing out that TAP is endeavoring to make life easier for Americans abroad by focusing on what many regard as the root cause of the tax problems so many expats are currently struggling with: the U.S. system of citizenship-based taxation, as opposed to a residence-based tax system, whereby individuals are taxed by, and pay taxes to, the country in which they currently live.

Because there are no overseas Taxpayer Assistance Centers like those in every U.S. state (the U.S. closed its last four overseas "tax attaché posts" in 2014/2015) – and many Americans abroad can’t afford to pay an accountant, and therefore struggle with filing their tax returns and FBARs – Lammers says she feels it's important to highlight the existence of another IRS entity expats should know about: the Taxpayer Advocate Service (TAS).

The TAS is comprised of full-time, paid staff, under the auspices of the IRS, whose job it is to help taxpayers “when they get penalty notices, need help with their taxes, or who are just struggling to be treated fairly” by the U.S. tax authorities.

AS Lammers’s predecessor, Dr. Snyder, explained in an article earlier this year, the Taxpayer Advocate Service (TAS) is an independent organization within the IRS “that consists of nearly 1,700 employees” who “assist U.S. taxpayers at home and abroad with any individual issues they may have with the IRS; identify systemic issues experienced by multiple taxpayers; propose changes in the administrative practices of the IRS, to help to mitigate problems that are arising; and identify potential legislative changes mitigate problems.”

Best of all for some taxpayers, Dr. Snyder noted in her article, the assistance provided by the Taxpayer Advocate Service “is made available free of charge, although there are certain eligibility criteria” that aren’t based on income levels but “rather, such factors as an immediate threat, to the taxpayer in question, of an adverse financial or other action, if a situation isn't resolved quickly”, and/or “the taxpayer's inability to resolve the issue in question through the IRS’s normal channels.”

Lammers says this service is invaluable to expat Americans in particular, because "filing U.S. tax forms is too complicated. The way the tax code is written assumes Americans abroad are all wealthy, or have accounting degrees.

"TAS helps not only in cases of financial hardship, but also with IRS system issues, or unfair and inequitable treatment.

"If your situation matches any one of those categories, TAS can help.”

One of Lammers’ first efforts as TAP representative will be an “outreach webinar” with the Taxpayer Advocate Service on June 1.

Since the new TAS representative, known as a Local Taxpayer Advocate (LTA), who is specifically responsible for looking after taxpayers in the "Puerto Rico and International" sector has not yet been named, an interim person will speak at this event, Lammers says. Information about this event may be found here.

In the meantime, more information about TAP and its up-coming meetings, which are open to the public, may be viewed by clicking here.