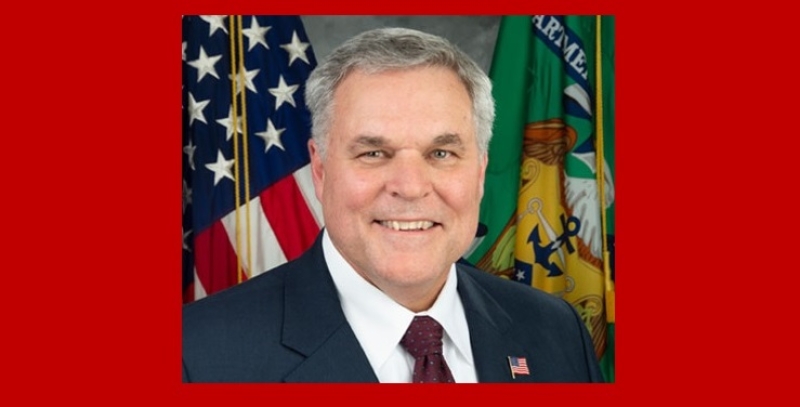 News that the so-called Inflation Reduction Act has now been signed into law by President Biden has seen a burst of articles and website comments about what the additional US$80 billion in funding that it provides for the Internal Revenue Service could mean for Americans living abroad.

As this and other media organizations have been reporting for years, such expats are already struggling to deal with the myriad tax complications and expenses that go with living abroad as an American citizen, as a result of the combination of the U.S.'s citizenship-based tax regime, and such mostly-recent laws as the Foreign Account Tax Compliance Act. So the prospect of yet more IRS scrutiny has prompted many to worry...

These expats' concerns have been fueled, meanwhile, by articles such as one published last week by Canada's Globe & Mail, entitled "IRS funding boost could result in 'greater crackdown' on taxes for U.S. citizens abroad,"  which quoted a U.S. cross-border tax expert at Andersen LLP in Vancouver, and another in Calgary.

Here, IRS Commissioner Charles Rettig attempts to put the minds of honest, law-abiding expats (and Homeland Americans) to rest, by reiterating the tax collecting agency's policy of targeting genuine tax-evaders with its research and enforcement efforts, not "honest Americans"...

As the nation’s tax administrator, the IRS plays a unique role in our nation. It can be a difficult job. After all, does anyone really like paying taxes? Of course not.

But they’re essential to fund the roads we drive on, the schools our children attend, support our military and so much more. Unfortunately, given the nature of this work and historical stereotypes, the IRS is often perceived as an easy target for mischaracterizations of what IRS employees do – and that’s exactly what’s happened in recent weeks.

The recent debate over providing badly-needed funding to the IRS is filled with outright false suggestions about what the agency and our hard-working employees do – as well as how the additional resources will be handled.

The bottom line is this: These resources are absolutely not about increasing audit scrutiny on small business or middle-income Americans. The investment of these important resources is designed to support honest, compliant taxpayers.

Our investment is designed around a Treasury directive that audit rates do not rise relative to recent years for households making under US$400,000.

We all want a fair and impartial system where everyone contributes their fair share, no more and certainly no less. A robust, visible tax enforcement effort focused on high-end tax evaders and those supporting them is a priority.

Under-payments by tax evaders shift the burden of operating our great country onto honest, hard-working Americans who follow the law.

With this new law, honest taxpayers will see badly needed, meaningful service improvements at the IRS. The IRS should be able to answer the phones and process information – including tax returns – in a timely manner.

Enhanced IT systems and taxpayer services will mean that honest taxpayers will be better able to comply with the tax laws, ultimately resulting in a lower, yes lower, likelihood of being audited and a reduced burden on them.

To set the record straight on this important legislation and dispel any lingering misperceptions, here are some key facts to keep in mind:

Reality: Absolutely false. The majority of new hires the IRS makes will be those who answer the phones, work on processing individual tax returns, or go after high-end taxpayers or corporations who are avoiding their taxes.

Less than one percent of new hires will be in our IRS Criminal Investigation (IRS-CI) area, which currently has a total of about 2,100 special agents, and is currently hiring about 300 more.

These CI special agents investigate criminal tax violations typically related to money laundering, Bank Secrecy, National Security and National Defense matters. They have been involved in dismantling terrorist financing efforts and criminal cartels as well as eliminating child exploitation operations in the Dark Net that led to the arrests of hundreds of people throughout the world.

They do not perform civil tax administrative functions such as audits of tax returns. They are law enforcement officers, and every American should be extremely proud they are on our team.

False Statement: All IRS employees – and those being hired under the new legislation – will carry firearms.

Reality: Again, absolutely false. More than 97% of IRS employees do not carry weapons. This includes key civil-side enforcement personnel, including revenue agents, examiners and others involved in audits and compliance work.

IRS Criminal Investigation oversees the entirety of the work related to criminal violations of the tax law and other financial crimes. This is consistent with other federal law enforcement agencies.

False Statement: The additional funding will be used to hire more auditors to “shake down” average taxpayers.

Reality: False. Wage-earning taxpayers like firefighters, construction workers, teachers and police officers are among the most compliant taxpayers, given that their incomes come from Forms W-2 and 1099. These resources are absolutely not about increasing audit scrutiny on small businesses or middle-income Americans. Instead, the additional resources will also be focused on large corporate and high net-worth taxpayers to enforce laws already on the books that the IRS does not have enough resources to pursue.

False Statement: The new legislation will be a massive overnight expansion of the IRS.

Reality: False. This funding – which will be spread over 10 years – will add employees over time as we modernize our operations with meaningful technological enhancements. In addition, the IRS has one of the oldest workforces in government, and staffing has been in a deep decline for many years. More than 50,000 employees will retire in the next few years, leaving the foundation of the tax system that the nation relies on at risk. We’ve been losing 10,000 employees a year.

Overall, current IRS staffing is far below historical norms. In 1992, the IRS had 117,000 employees – 38,000 more than today. Back then, the agency was dealing with fewer taxpayers; the U.S. population has grown almost 30 percent since 1992.

False Statement: This new funding will allow overreach by the IRS, putting agents on every street corner and prying into people’s personal financial lives.

Reality: False. This funding will allow the IRS to better serve the nation’s taxpayers – and ultimately meet the critical needs of our country.

Our employees care and, like others in government, take an oath to support our country. We take pride in hiring veterans, people with disabilities and people from all walks of life and from every corner of our country. Many of our employees, including myself, are members of a military family. And all of our employees reflect the taxpayers we serve.
___________
Charles "Chuck" Rettig, pictured above, has been IRS commissioner since being appointed to the role by President Trump in 2018. His term as commissioner expires on Nov. 12. Prior to becoming commissioner, Rettig, who is 65 and a long-time resident of California, had been a partner at the Beverly Hills tax firm of Hochman, Salkin, Rettig, Toscher & Perez, where he'd worked for more than 30 years.

More in this category: « Withers LLP: 'Does a U.S. revocable trust need to be registered under the UK's Trust Registration Service?' A Reader Asks: 'Someone mentioned that the IRS's Taxpayer Advocate Service can help expats. How?' »