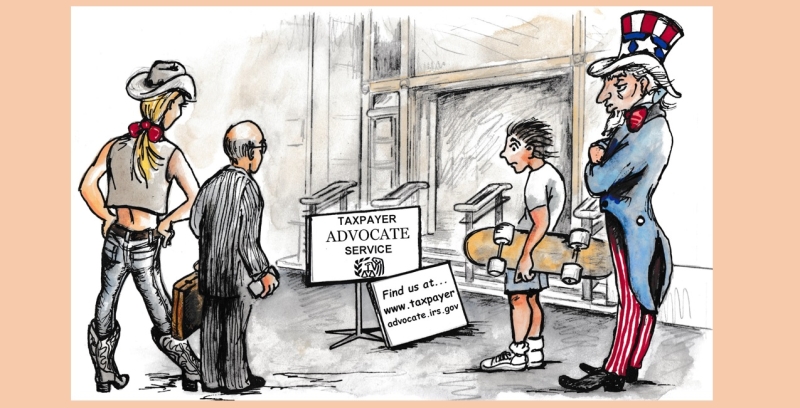 Many U.S. expats are still enjoying the sense that the annual nightmare of getting their American taxes done has come and gone, and they have a few months of peace before they need to begin worrying again. Others still have a few loose ends to tie up, and are keeping an eye on the final deadline for these left-to-complete bits that is moving ever closer by the day. (Monday, Oct. 17, in case you're wondering...)

Recently, a reader of the American Expat Financial News Journal got in touch to say that they were in the process of beginning to plan for Tax Year 2022 – and as part of this, wanted to know what help, if any, they might be able to get from a component of the IRS known as the "Taxpayer Advocate Service".

So we, in turn, did some research online and even reached out to the IRS, in order to come up with an answer. What, indeed, is the Taxpayer Advocate Service, and what does it offer U.S. expat taxpayers?

Here's what we came up with...

The first thing to know about the Taxpayer Advocate Service is that it exists to help American taxpayers at home and abroad (as well as non-Americans who happen to have American tax issues).

To be clear, what it is not: It is not a full-service tax advice and return preparation service, available to anyone and everyone and at any time, any where.

It is, though, able to help U.S. taxpayers in certain instances, such as when they're struggling with financial hardship issues, IRS system issues, and/or issues having to do with fair and equitable treatment.

And, for those who qualify for its help, it happens to be free.

As the Taxpayer Advocate Service (TAS) explains in detail on its website, it assists U.S. taxpayers who are struggling with significant tax issues they can't resolve on their own, especially if these issues are due to an IRS action or inaction.
Each year, it handles approximately 250,000 taxpayer cases.  And in roughly 80% of these cases, TAS says, it is successful in obtaining the relief the taxpayer is seeking.
In the remaining cases, either the taxpayer is not entitled to relief, or the taxpayer is not responsive when TAS seeks additional information.
And, importantly for expats, TAS accepts cases from all U.S. taxpayers, including those who live overseas.
Unlike the Taxpayer Advocacy Panel, with which it is sometimes confused -- which is made up of volunteers -- TAS employs around 1,700 people, many of whom are tax professionals, and thus qualified to help taxpayers with their tax issues. (Those interested in possibly working for TAS are advised to check out its career page, at  www.taxpayeradvocate.irs.gov/about-us/careers/.)

In addition to working taxpayer cases, TAS says it advocates for systemic change, in order to help to resolve problems that are affecting some if not all U.S. taxpayers. It does this by working with key IRS players, such as program managers.
Also keeping an eye on the workings of the IRS and how they might be improved, of course, is the National Taxpayer Advocate, who oversees TAS, and who submits two reports to Congress each year.
Among other things, these reports identify the most serious problems facing taxpayers, and make administrative and legislative recommendations to address them. 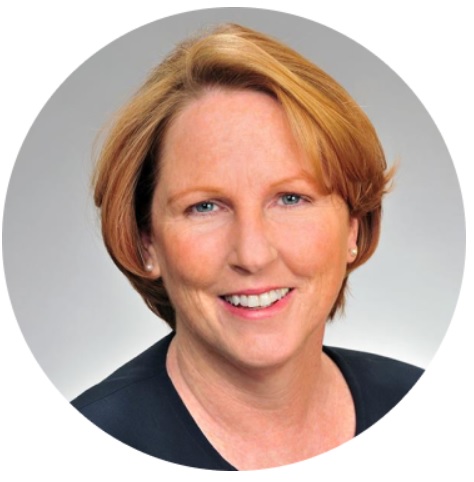 In her 2021 Annual Report to Congress, for example, the current National Taxpayer Advocate – Erin M. Collins, pictured left – made 88 administrative recommendations; the IRS agreed to implement 61 of them.
The National Taxpayer Advocate also has the authority to issue a so-called "Taxpayer Advocate Directive" (TAD) to the IRS.
Such a TAD may be issued to mandate administrative or procedural changes that it's believed would improve the operation of a specific IRS functional process, or to grant relief to taxpayers when the directed changes would protect taxpayer rights, prevent undue burdens, ensure equitable treatment, or provide an essential service to taxpayers.
To reduce delays in the processing of tax returns, for example, a recent TAD  called on the IRS to implement scanning technology by the next filing season, so that most paper tax returns – which IRS employees currently hand-transcribe digit-by-digit – could instead be read by a machine.
TAS also oversees the Low Income Taxpayer Clinic program, which assists low-income individuals who have tax disputes with the IRS, and provides resources for individuals who speak English as a second language; and the Taxpayer Advocacy Panel, a federal advisory committee made up of volunteers, who make recommendations to improve customer service.
(Expats will probably be aware that the sole overseas member of the Taxpayer Advocacy Panel is currently London-based Rebecca Lammers, who was named earlier this year to succeed Paris-based Laura Snyder in the role, which normally runs for three years.) 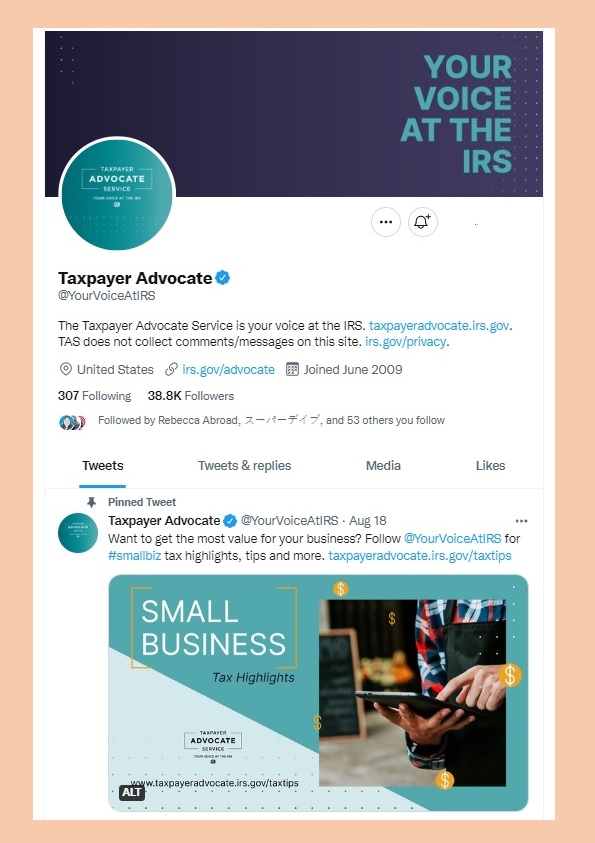 The TAS's website is available in English and Spanish, and here, you can sign up to receive alerts from the National Taxpayer Advocate, tax tips, and other useful information.

For more information about TAS’s impact you can also refer to:

• 2021 Annual Report to Congress – Highlights of TAS Successes;
• Taxpayer Advocate Legislative Recommendations Enacted Into Law; and
• TAS Success Stories.
Expats should note that there is also something called the TAS Get Help page for international taxpayers.
The TAS representatives for international taxpayers are based in our Puerto Rico and Hawaii offices. Contact information is available in the Contact Us section of the TAS website, under the “I’m looking for a TAS office” heading. Use the drop down menu to select the “International (Living Abroad)” option. 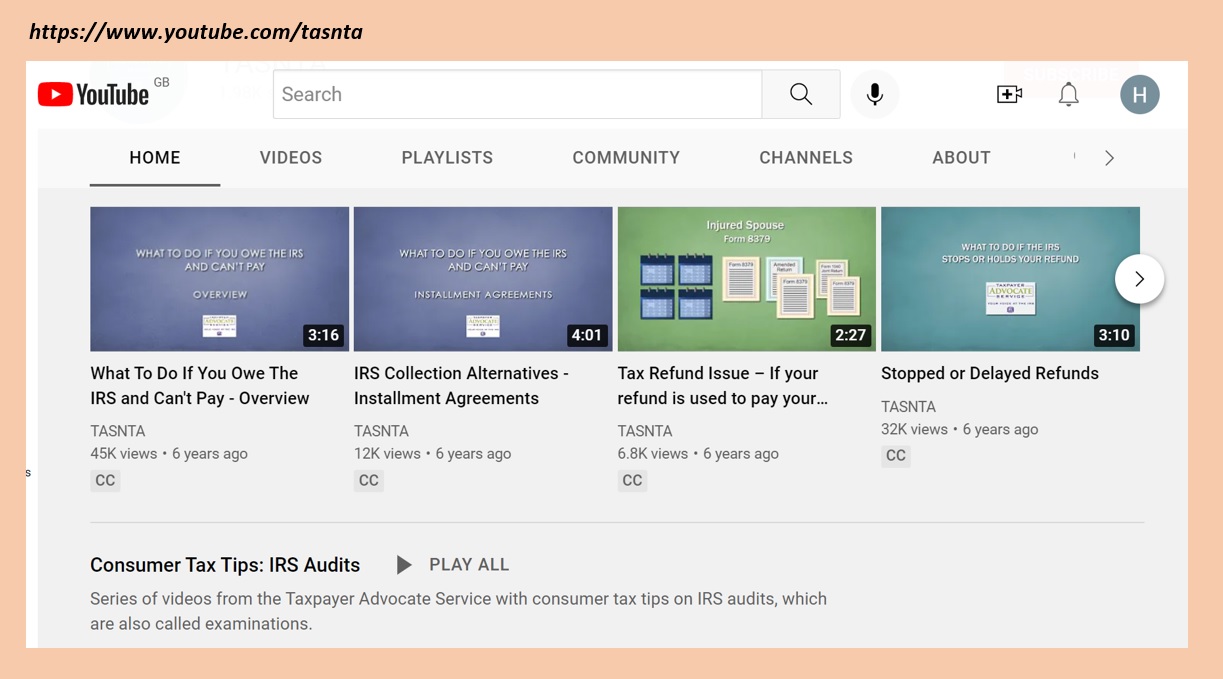 The American Expat Financial News Journal would like to thank staff at the Taxpayer Advocate Service, in Washington, DC – including Lindsey Pope, in the communications office of the Office of the National Taxpayer Advocate, and TAS – for their help in ensuring the accuracy of this article.
Tagged under

More in this category: « IRS Commissioner Rettig: 'We’re going after tax-evaders, not honest Americans' You really know you’re an American expat when… »