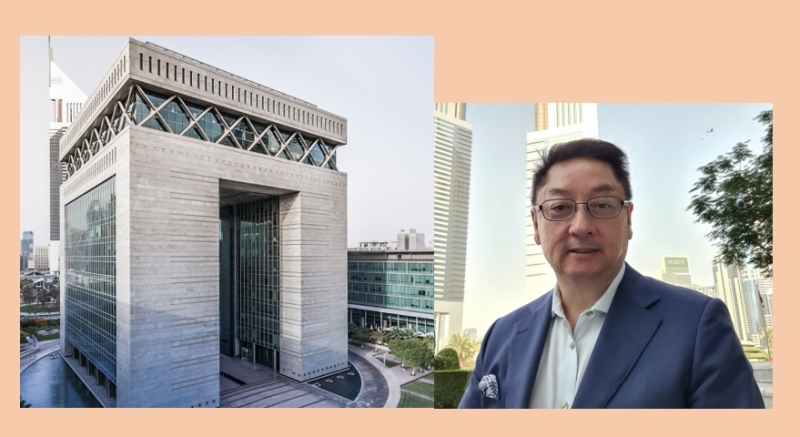 Hearing Americans who've been living abroad for 10 or more years, and sometimes for most of their adult lives, describe how they got there is always interesting, I find. Many people's stories, of course, tend to be variations on a couple of predictable themes (work reasons, falling in love with someone from the country in question, etc.).

Vince Truong, however, says he was drawn to Dubai by an article he read...

Truong,  pictured above, was speaking to me for the latest in my series of podcast interviews for the American Expat Financial News Journal, the link to which you'll find embedded below.

"I never really was [the sort of] person to stay in Irvine, California," Truong added, speaking to me by phone from Dubai, one of the seven emirates that comprise the United Arab Emirates (UAE), a Persian Gulf country located to the East of Saudi Arabia.

"Irvine, California was basically perfect in every way, [but] to me, it was like TheTruman Show – just too boring...

"So I was not really interested in staying in Irvine, or in California, or even the U.S."

What led to Truong finally acting on his boredom occurred sometime around 2004, when he was working for LPL Financial, the U.S. broker-dealer. As he recalls now, he chanced one day to read an article "written by two American professors in tax and finance, [who] were working at the American University of Sharjah at the time, [which] talked about how great it was to be an expat living in the UAE.

The rest, as they say, is history, at least for Truong, who has also seen history play out in Dubai during his time there, including a dramatic financial downturn in 2008 – 2010, and a still-continuing transformation of a sun-baked desert coastline into a lavish modern cityscape, comprised of gleaming towers, fountains and public areas, which come into their own in the months between around October and March, when tourists and wealthy Emiratis flock there from Europe and other places in the Northern Hemisphere, to get away from winter's cold and gloom.

For most of his time in Dubai, Truong worked for Holborn Assets, a well-known wealth manager for mostly British and other non-American expats that had been founded in Dubai in 1998 by a Brit named Bob Parker, who still heads up the company as its chief executive. At Holborn, Truong  – who proudly points out that he's still both "the first and for now, still the only" Certified Financial Planner in Dubai – began looking after U.S. expats living in Dubai and elsewhere in the UAE.

Since last year, however, Truong has left Holborn, to move into the DIFC (the squareish building pictured above, to the left of Truong), where he's now looking after American expats on behalf of a two-year-old wealth management firm known as GSB Capital.

GSB Capital is headed up by a married couple, Ross and Alison Whatnall, both originally from the UK.  According to a press release announcing its launch last April, GSB Capital had been formed by the bringing together of "several joint ventures and partnerships with venture capitalists and other product providers," with a mission to deliver "tailored solutions for private and corporate clients."

During our talk, Truong shared many of his views about being an American expat, the making, saving and spending of money, and how the business of advising expats on their wealth and investments has moved on from the “very unregulated, wild west” days of the 1980s, when “financial advice” too often ended up actually being the selling of investment products to unsuspecting clients in return for sales commissions.

One theme he seems to keep coming back to is what he at one point called “the need to have a financial roadmap in place” – which most people, he added, don’t.

To listen to my interview of Truong, via the American Expat Financial News Journal's YouTube channel, click here.