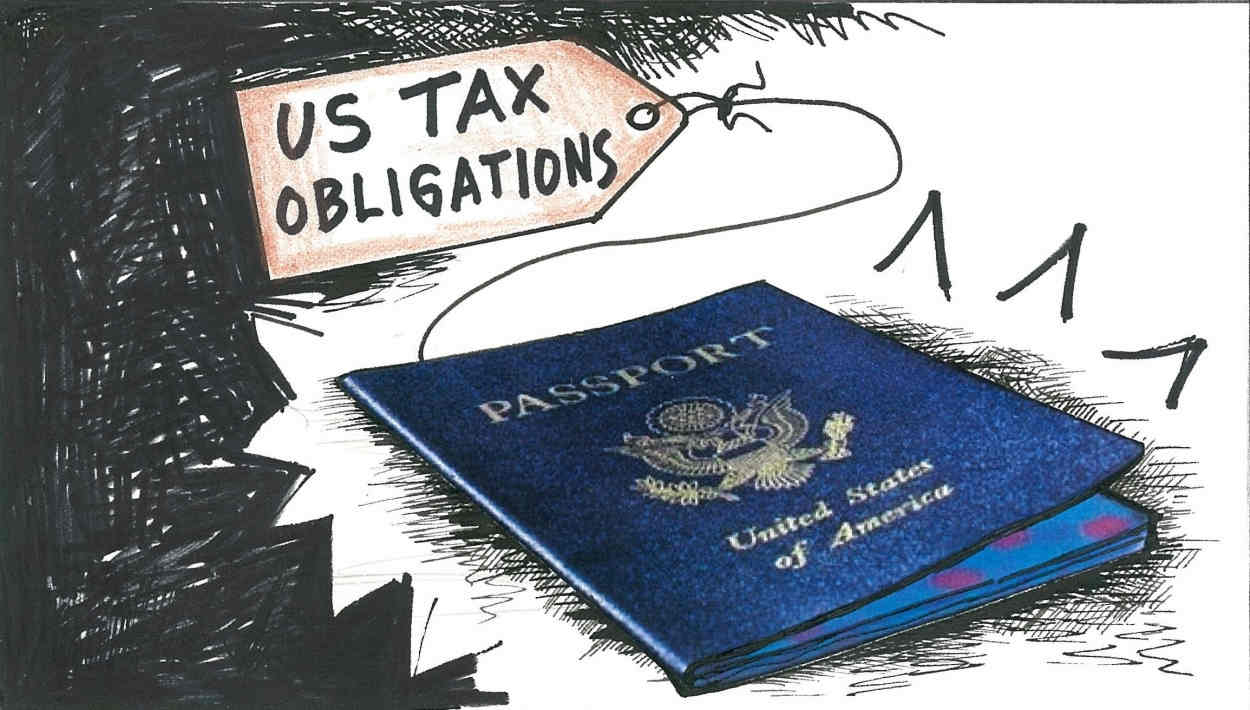 Last week, it was revealed that British Labour MP Preet Kaur Gill had received her second formulaic and non-committal response in two months to specific questions she had asked the UK government on behalf of one of her “accidental American” constituents.

As reported, the response was seen by many in the American expat community in Britain and elsewhere as an indication that the UK was strongly disinclined to rally to the support of the country’s “accidental American” citizens, presumably out of concern for what it might do to U.S./UK relations at a time when the UK might need all the friends it can get, as it faces a possible no-deal Brexit.

Here, Tom Carpenter, a former “accidental American” who lives in the UK, after having come here as a 18-month-old, describes how he finally lost hope last year that the U.S. would ever make it any easier for its expats. With a mixture of fury and resignation, he stumped up the requisite US$2,350 and renounced his U.S. citizenship – an act some have taken to calling “citizide,” because of the reluctance with which it is typically undertaken…

Once again, “accidental Americans” living in Britain – who, like me, think of themselves only as British, sound British when we talk, were educated in Britain, have been paying British taxes since we were born, and even weigh ourselves in kilos and stones rather than pounds and ounces – have had to listen to one of our elected officials talking about us as though we were little more than tourists.

I’m referring, of course, to the latest comments by Conservative MP Mel Stride, financial secretary to the Treasury, who is revealed to have told a Labour MP from Birmingham named Preet Kaur Gill, in a response to a letter she’d written on behalf of an accidental American constituent who had sought her help, that it was “a matter for the U.S. to determine how U.S. tax obligations are calculated.”

Translated into straight speech, what Stride is saying here is that “the UK government has no intention of challenging the U.S. on the way that it comes after Americans living overseas, even if they, like your constituent, are British subjects who just happen to have been born in the United States.”

What Gill made of this second dismissive response from the Government hasn’t been reported, but it’s hard to imagine she sees any way forward.

Which is appalling, but it certainly puts British accidental Americans on notice: If they are to have any hope of getting the British government to speak out on their behalf, the way the French and Dutch governments appear to be doing on behalf of their American accidentals, they’re going to have to mobilize a lot more effectively than they’ve managed to do up until now.

What I still don’t understand is that with 27 of our MPs having been born abroad – including three Conservative MPs who were born in the United States (Boris Johnson, Tobias Ellwood and Greg Hands) – is: Why is no one in Parliament fighting this issue, on behalf of their foreign-born constituents?

I should say here that I finally renounced my US citizenship last year, because, after my own circular correspondences with Mel Stride, I begun to realize that the British government had no intention of helping those of its British citizens who, like me, were having their bank accounts frozen (by financial institutions that didn't want the hassle of having even one American client). And, of course, also being exposed to double taxation (as U.S. lawmakers take advantage of the ability FATCA has given them to chase America's expats for funding, thus enabling them to keep taxes lower for their Homeland constituents, who benefit from the goods and services our taxes pay for).

It is not just that I have had to personally pay a whopping US$2,350 in order to renounce my citizenship (it was raised by 422% in 2015, making it the highest renunciation fee in the world).

It is the subservient nature of the British government in effectively aiding and abetting the extra-territorial taxation of a minority of its subjects that really disappoints me.

Think about it: A foreign country is imposing globally unique citizenship and tax rules on some members of our – by which I mean British – society, and forcing these British citizens, under threats of extremely punitive fines, to transfer their personal wealth from our much smaller nation’s economy to its own much larger economy.

Swap the name "United States" with "Russia" or "Iran," and I wonder how Mr Stride would have written his letter?

It also infuriates me to hear Stride referring to people like me as “a U.S. citizen who is resident in the U.K. for tax purposes.”

I came here in 1970 with my British father and my American mother when I was just 18 months old! I have lived here ever since. I have been educated, worked, raised my family and paid my taxes here. I have had a British passport since I was I child.

I have been educated, worked, raised my family and paid my taxes here. I have had a British passport since a child.

The correct description for me is “British”.

Finally, Stride mentions something in his letter called the “Tax Fairness for Americans Abroad Act.” Leaving aside for the moment the very big question as to whether the Democrats and Republicans could ever agree on a piece of legislation like this, particularly at this point, to see it signed into law, in anything like the form in which it was introduced to Congress (in the last legislative session), he ought to know, without having to be told by me, that this proposed legislation doesn’t begin to do enough to fix things for accidental Americans.

For a start, it doesn’t eliminate the need to report to the U.S. government on one’s financial account details – which means the serious issues we accidentals face in being unable to get bank accounts, mortgages etc. – unlike our fellow British subjects – won’t go away.

We also would be expected to do three years of “tax compliance” (filing tax returns, foreign bank account reports, potentially paying tax and potentially having to pay punishment fees), which is HUGE for someone who has never used any American government services because, basically, they're not really an American citizen.

The legislation also provides no relief for accidental Americans from the confiscatory “Transition Tax” contained in Donald Trump’s so-called Tax Cuts & Jobs Act of 2017, which is basically a theft, on the part of the U.S. government, of the savings of accidental Americans in the UK (and elsewhere around the world) who have set aside money from their own businesses since the 1980s, either to retire on or to expand their business in due course.

I have the sense that Mr Stride is either paying this issue, about which he appears to know almost nothing, lip service, or else he is expressing a considered stance on behalf of a government that is placing its relations with the United States ahead of the welfare of a group of individual British citizens, whose misfortune is simply that they're "U.S. persons," in a world where, outside of the U.S., that has now become financially toxic.

Tom Carpenter came to the UK at the age of 18 months. Now in his 40s, he lives in the East of England, where is an executive with an international business.

More in this category: « American small biz owner in EU: ‘Trump’s made it impossible for expats like me to compete outside the U.S.’ From the front line: How a routine Form 3520 filing can easily go (eye-wateringly expensively) wrong – and did »