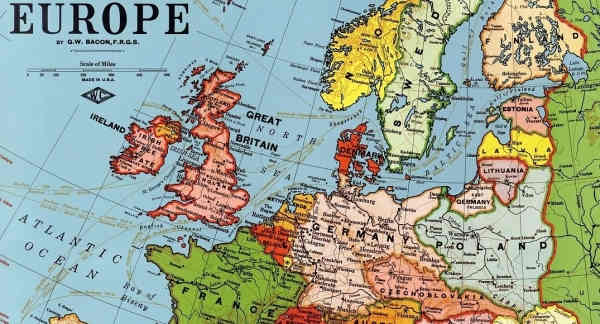 Here, Jonathan Lachowitz, of Lexington, Massachusetts-based White Lighthouse Investment Management and chairman of the American Citizens Abroad, outlines the difficult position in which the legislation puts middle-class, overseas Americans when trying to buy simple exchange-traded funds (ETFs). (Such difficulties are, in fact, said to be behind reported plans by the European Commission, disclosed last week, to review and potentially make changes to the notoriously vast and complex MiFID legislation...)

The last several years have been challenging for overseas Americans to open or maintain financial accounts in the U.S. and in their country of residence. For a variety of compliance and legal reasons, many U.S. banks and brokerage firms have been asking their long-standing overseas American clients to close their accounts.

At the same time, due to Foreign Account Tax Compliance Act (FATCA) compliance issues, many non-U.S. financial institutions have made it difficult or impossible for overseas Americans to work with them.

While Charles Schwab and Co. made headlines with its announcement in September of commission-free trading, several brokerage firms – including Schwab – made a lesser-known change at about the same time, to the detriment of overseas Americans.

It has now become difficult or impossible for some overseas Americans – especially those with lower incomes and savings amounts – to buy U.S.-listed exchange traded funds (ETFs).

What passive ETFs were:

Until now, for do-it-yourself investors and a growing number of clients of investment advisers, the use of passive ETFs from Vanguard, Blackrock (iShares), and others had been an easy way to build a well-diversified investment portfolio at a modest cost.

Large brokerage firms such as Charles Schwab, Pershing LLC, and Interactive Brokers LLC, for example, allow clients resident in many different countries to have accounts on their platforms, and have remained relatively friendly to overseas Americans.

In September, though, to the surprise of many of its Europe-based clients, Charles Schwab announced that Schwab clients who were resident in the EU, including the UK, would no longer be able to purchase U.S.-based ETFs.

Such clients would be allowed to retain their current holdings and to sell existing positions, but only in limited cases would be able to buy new U.S.-listed ETFs.

The limited exceptions are either that the individual is a client of an investment adviser, and/or they are a qualified investor under the (Markets in Financial Instruments Directive) MiFID and packaged retail investment and insurance-based products (PRIIPs) rules.

Briefly, to qualify as a "qualified investor", one must show that they meet two of the three following criteria:

• Employment in the financial services industry

Interactive Brokers had already implemented such rules, and there are now precious few brokerage firms that will allow individuals of modest means who live in the EU to buy U.S. based ETFs.

Ironically, the MiFID and PRIIPs rules were meant to “protect” European investors from non-EU listed funds, and to require fund providers to give more detailed information about the risks of investing in their funds. But the result is that most ETF providers in the U.S. have not made their U.S.-listed funds EU-compliant; rather, they have created European versions of the same index funds, often listed in Ireland, Germany, or elsewhere.

And unfortunately, these European-listed funds create other challenges for U.S. investors. The European ETFs not only tend to be more expensive, less liquid, and with fewer alternatives than their U.S. equivalents, but because they are European funds rather than American ones,  they are classified as "PFICs" ("passive foreign investment companies") under the U.S. tax code.

As a result, U.S. taxpayers who buy and hold such non-U.S.-listed investment funds – PFICs – end up with punitive tax treatment and complex annual reporting for each such fund that they hold.

Unless held in an IRA or other structure that would avoid annual reporting and punitive taxes, PFICS are therefore generally not a good idea for most U.S. taxpayers, even if they live overseas.

There are some non-U.S. funds that go through the hassle of U.S. reporting requirements, but again, the choice is quite limited compared to the thousands of ETFs available in the U.S. markets.

So what's a U.S. tax-paying investor in Europe to do?

There are a few choices that a Europe-based investor who is a U.S. taxpayer can do to mitigate this "MiFID effect". But for now at least, none is ideal.

1. You could search for an investment adviser who specializes in working with overseas Americans, and who would be willing to take you on as a client. Some firms in this space have high minimum fees, though. And if you can afford the fees, you may well already be a "qualified investor".

If you meet the minimum investable asset size but lack the requisite trading experience to be "qualified", you may ask one of these firms if they would work with you for a short period of time, until you can become “qualified” on your own.

2. You can change your strategy, to only using individual stocks instead of ETFs. For smaller accounts, this may be challenging.

3. You can look to find a bank or brokerage firm in the U.S., the EU or elsewhere that would allow the following, though this is likely to only be a short-term solution:

•  Allow you to buy ETFs without conforming to the MiFID rules

These providers are likely to become even more scarce over time than they are now, and don’t be surprised if their policy changes once they understand the implications of the MiFID and PRIIPs regulations better.

4. Some unscrupulous U.S.-based advisers have been advising U.S. account holders to use the address of a friend or family member in the U.S.,  claiming that Americans should be “entitled” have a U.S.-based account. These advisers are telling people (against their fiduciary responsibility) to lie to their bank or brokerage firm about their true legal residency – putting both the client and the financial institution at risk. Would you trust such an adviser? I think this is a bad idea.

Financial firms in the U.S., through a variety of online and offline tools, aim to verify the real address of account holders, and if they find you have lied, you may end up with some unpleasant consequences.

5. If you are married to a non-U.S. taxpayer, you may consider having your investment accounts in their name to avoid the PFIC issues. However, this could create other risks in the event of marital dissolution, gift taxes, etc.

As is often the case, wealthier individuals will find it much easier to conform with the new rules, and smaller investors will once again be hurt by legislation that was intended to help them.

The best solution in the medium term, as I see it, would be for the large firms such as Vanguard and Blackrock to register some of their most popular, U.S.-listed index ETFs in Europe, in order to make them available to smaller investors in Europe, and to help U.S. taxpayers in the EU avoid having to buy PFICs.

Vanguard has already gone through this process in the U.K., to register many of their popular U.S.-listed ETFs as approved offshore reporting funds, though this has not yet filtered through to making them available to retail investors in the rest of the EU... (No surprises there, with Brexit looming.)

Regulators of retail investors and fund distribution in many countries, especially Europe, meanwhile, should take note: They are actively hurting many small investors, and helping the actively managed fund industry, with their regulations, when they make it difficult for both investors and their advisers to buy simple Index ETFs on a cross-border basis. 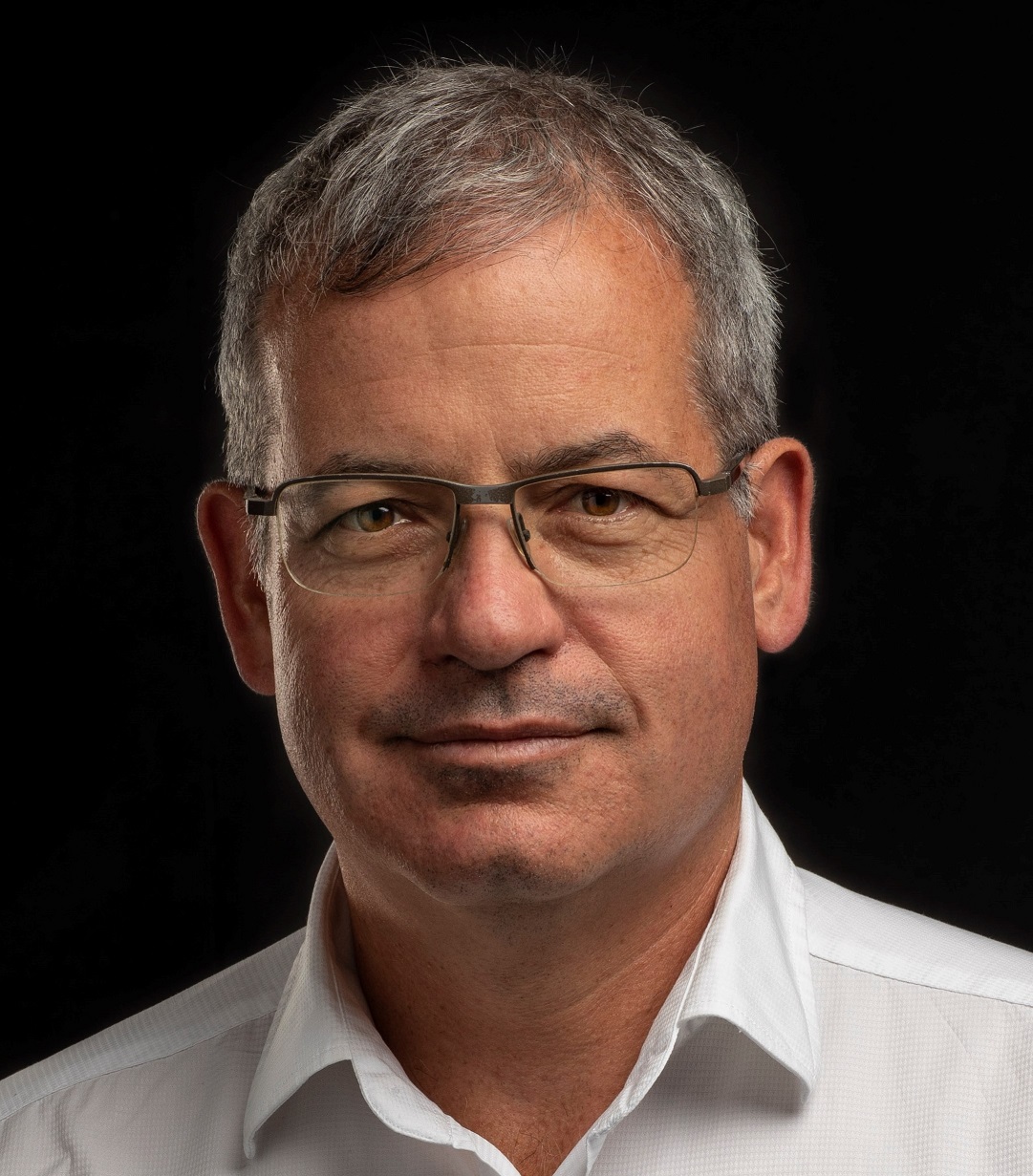 Jonathan Lachowitz is a CFP professional in the U.S. and Switzerland, and founder of White Lighthouse Investment Management. He is specialized in cross-border financial planning and investment management, and works with many multi-national families. He is the Chairman of American Citizen’s Abroad Inc., has written for financial news publications on personal finance, and has been an occasional lecturer at IMD and ESCP Business Schools.

More in this category: « FATCA: The 2010 'tax evasion law' that's 'now an extra-territorial money-sucking machine' What Australian expats need to know before getting a U.S. Green Card – or giving one up »