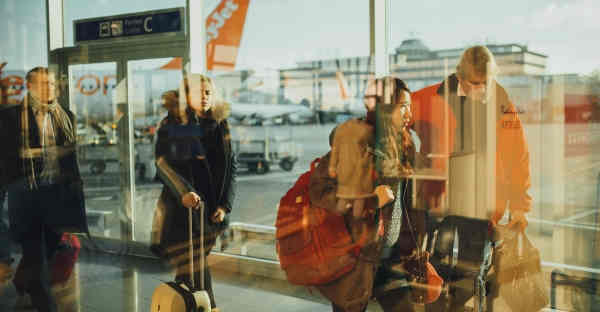 Since 2011, Australia-based Atlas Wealth has been a major, and increasingly visible, adviser to Australian expats around the world – including those living in the United States.

Here, James Ridley, who heads up the firm's Asia Pacific operations while also being responsible for those of its clients with "U.S. issues", typically Aussie expats resident in the U.S., addresses what he says are the significant issues that have been arising recently in connection with U.S. Green Cards held by Australian expats.

Although we haven't always talked that much about it, Atlas Wealth has seen a steady growth in the number of enquiries we've been getting in recent years from Australian expats residing in the U.S., many of whom have gone on to become Atlas Wealth clients.

These clients range from recent arrivals to what we consider to be long-term U.S. residents – those who may have spent 10 or more years in the States.

The first question we always ask such U.S.-resident Australians, because it's so important to any discussion about their finances going forward, is what type of U.S. visa they have. Is it, for example, an L1, E3 or J1 visa – or are they a Green Card holder – or perhaps even, now, a U.S. citizen?

The answer to this question is important, because it completely dictates the direction the conversation then takes – as the question then becomes, "Are you aware of Uncle Sam's expat tax obligations, such as its exit tax (as a result of the HEART Act, 2008), if you happen to be considered a "covered expatriate"? Because this exit tax can apply to you, even if you're not a full U.S. citizen.

Often we find the Aussie expats resident in the U.S. whom we speak to are not aware of such potentially major U.S. tax requirements as the exit tax, although the Internet is helping to spread the word to some degree. (This is what we hope to help to do, in fact, with articles like this one.)

The first thing we always tell clients is that their U.S. visa status is key, because straightaway, there is a huge difference between an Australian citizen who has been residing in the U.S. for, say, seven years on a L1/E3 (rolling visa), and an Australian expat who has also been U.S.-resident for seven years, but who has a Green Card.

What is a U.S. 'long term resident', and
how does this affect U.S.-resident Aussies

Technically, an Australian expat Green Card holder who is resident in the U.S. is considered to be a non-U.S. citizen who is nonetheless treated as "U.S. tax resident" and is also a "lawful permanent resident". The main proof is that the individual has been issued with a "Permanent Resident Card" (aka a Green Card).

An individual is a lawful permanent resident of the United States at any time if:

(A) such individual has the status of having been lawfully accorded the privilege of residing permanently in the United States as an immigrant, in accordance with the immigration laws, and

(B) such status has not been revoked (and has not been administratively or judicially determined to have been abandoned).

Australia’s equivalent would be a permanent resident visa, but the big difference is that Australia, unlike the U.S., taxes only on the basis of residency, rather than citizenship (and residency, in the case of non-U.S. citizens who reside in the U.S.).

(Let’s hope that doesn’t change, btw, although the amended main residence exemption bill currently being battled over in Canberra is quite punitive, particularly given its retrospective element, but here I digress...)

For most Australian expats who receive a U.S. Green Card during their time in the States, the issues begin to arise at the point when they decide the time has come to return to Australia.

At this point, the time when the Aussie expat formally turns in their Green Card can affect their tax position. In fact, we often say that when it comes to giving back one's Green Card, timing is everything.

Currently, the U.S. considers someone who has held permanent residency status for at least eight out of the past 15 years to be a "long term tax resident", whether they are a U.S. citizen or a Green Card holder.

The timing issue that arises is when those eight years actually began – and how this correlates to the exact date when the Australian expat received their Green Card.

We find that of those Australian expats who are vaguely aware of the possibility that the U.S. has certain exit tax provisions in force, most assume that there's something of a grace period that exists before such exit tax provisions would kick in. In reality, though, there isn't.

Let’s do a short recap on what a "covered expatriate" is, and the exit tax provisions that exist when someone turns out to be "covered".

First, let's consider how an Australian expat Green Card holder qualifies as a "Lawful Permanent Resident", which is the first box to be ticked on the covered expatriate scorecard.

An Australian expat will satisfy some of the exit tax provisions if they meet the Lawful Permanent Resident (LPR) status, and have been an LPR for eight out of the past 15 years.

This is why most people usually get caught out, because when calculating the time frame, it's not whether a full calendar year has been served.

Below we list the calendar years in which the U.S. tax authorities would deem him to have held his Green Card, for tax purposes:

As you can see, there are eight years in total listed, but in reality Shane only held his Green Card for six full calendar years. Nevertheless, the way the legislation is written, he is considered to have had it "in" eight years.

The good news for Shane is that his initial almost three years on an L1 visa do not count towards his long term tax residency period.

In this example, though, he has satisfied Internal Revenue Code 877(e), and therefore the rules under IRC 877A might apply:

• You fail to certify on Form 8854 that you have complied with all U.S. federal tax obligations for the 5 years preceding the date of your expatriation or termination of residency

If any of these rules apply, you are a “covered expatriate".

What Is a covered expatriate?

Being deemed a covered expatriate is the point at which the U.S. exit tax legislation kicks in – and this in turn can mean you could be forced to pay a very large exit tax bill to the IRS.

Australian expats who maintain their status on a visa such as the L1s, E3s or J1s are, therefore, the lucky ones, as they do not have to go through this very painful process. (Typically, though, they don't know this, and many seem determined to seek Green Card status.)

An exit from the U.S. for these types of visa holders is quite easy and painless.

At present, meanwhile, there are only two ways an Australian expat resident in the U.S. can avoid being deemed a long-term resident. One is to making an income tax treaty election. The other is to give up their Green Card before hitting their eighth year (bearing in mind the example of Shane, above, and the fact that these eight years can include small fractions of years, not just the 365-day kind).

The bottom line for Australian expat Green Card holders who are planning to return to Australia is that before they do anything, let alone board that plane, they should seriously consider, and possibly take professional advice, as to how their finances are structured.

Because if they are caught by this exit tax – which realistically might apply to someone who has a house back in Sydney, superannuation accounts, a share portfolio, IRA and maybe a beneficiary to a family trust – they might not be lucky enough to even have the liquidity to pay the tax bill they could be hit with. 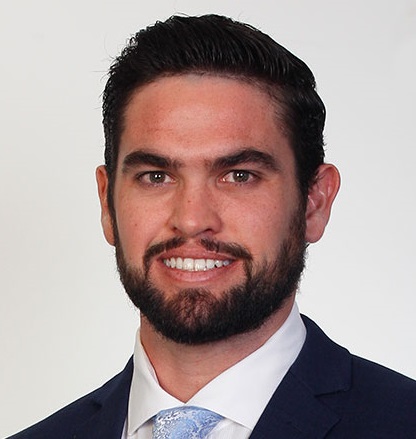 James Ridley, pictured, is managing director for the Asia Pacific region for Atlas Wealth Management, a Southport, Australia-based advisory firm founded by Brett Evans in 2011, which today looks after clients in 28 countries around the world. Ridley is also, as the article above suggests, the firm's in-house specialist on American expat matters. The views expressed here are for general information purposes only and should not be construed as recommendations or advice for any individual, nor should any action be taken on account of the information presented. Further information may be obtained by contacting Atlas Wealth Management here.

More in this category: « INSIGHT: First it was FATCA, now MiFID II has U.S. investors in Europe facing nightmares You really know you're an American expat when... »