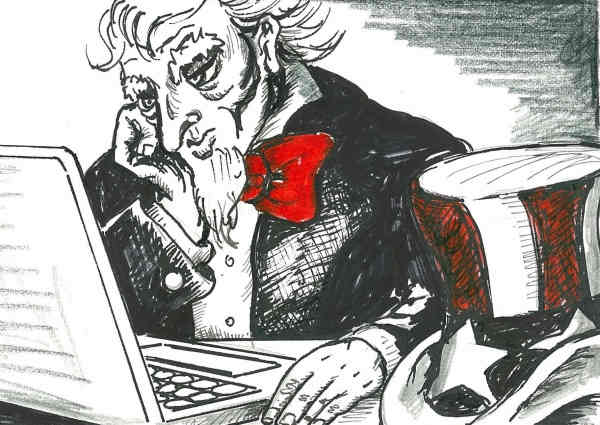 Here, Snyder endeavors to call her overseas constituency's attention to a recently-launched (but time-limited) opportunity to help to make the IRS better, and in particular, to call attention to aspects of it that they have found to be particularly troublesome, by speaking out.

Have you heard of the Taxpayer First Act (TFA)? Don't worry if you haven't – usually the only kind of tax news that makes headlines is tax cuts or tax increases.

In fact, the TFA, which was signed into law by President Trump in July, is neither a tax cut nor a tax increase. Instead, it seeks to redesign the Internal Revenue Service.

Specifically, its stated objectives are to expand and strengthen taxpayer rights; to make the IRS more taxpayer-friendly by reforming the way it delivers customer services; to modernize the IRS technology; and to enhance the agency's cyber security regime.

The ultimate goal is to create a re-designed IRS that operates on a level akin to a 21st century banking institution.

As part of this mission, the IRS has created what it calls the Taxpayer First Act Office (TFAO), and assigned to it a number of IRS staff, whose Stage One mission it will be to conduct information gathering, ahead of making any changes.

Broadly speaking, in this first stage, the TFAO seeks to understand from a multitude of sources:

(1) What are some of the challenges or barriers taxpayers face when trying to get services from the IRS, and what are the solutions to these challenges?

(2) How might the IRS's organizational structure be modernized to better serve taxpayers? and

(3) How can the IRS improve its communications with taxpayers?

It will be in a second stage of the program that the TFAO will use the suggestions it receives during the first stage to develop a concrete proposal that it will ultimately submit to Congress, containing recommendations for redesigning the IRS in such a way as to meet the objectives of the TFA.

Stage One focus on 'hard
to serve' categories

During Stage One of its information-gathering process, the TFAO will be  asking its questions from a general perspective. It is understood to be particularly interested in taxpayer feedback that pertains to any of three categories considered to fall into one of three "hard to serve" categories: (a) overseas taxpayers, (b) taxpayers who are not proficient in English, and (c) low-income taxpayers.

For all Americans living overseas, therefore, this information-gathering period by the TFAO represents an important opportunity, as they fall into one of these three areas of focus.

It's for this reason that I'm urging all Americans resident overseas who have an opinion they have been yearning to share with the IRS, about the way it goes about the business of taxing Americans abroad, not to hesitate.

Come forward now with all your ideas as to how the IRS can, and should, improve the way it looks after and deals with overseas taxpayers.

Don't be shy, or polite, or hold back: There are no restrictions as to what you are allowed to submit, either as regards the number of suggestions or their length.

That being said, the more clear and succinct your suggestions are, the more likely they are to be understood and taken into account.

There is one additional factor to keep in mind: the TFAO will not take into account suggestions that are made by just one or a very small number of taxpayers, as they will be seen as too specific to those persons to merit consideration.

Rather, the TFAO will focus upon general trends it notices in the suggestions that it receives.

Which is to say that it will focus upon suggestions that are made by many people, as those suggestions will likely reflect systemic problems for which larger organizational change is called for.

And equally important is that your suggestions are systemic ones that can help a large number of persons, not just a small number of individuals.

Broadly speaking, your suggestions should fall into at least one of these three categories: (1) customer service strategy, (2) the modernization of the IRS’s organizational structure, and/or (3) IRS training strategy.

Keep in mind that neither the TFAO nor the IRS more generally can change substantive tax rules – that is, rules that would require legislative action by either Congress or the Treasury.

This means that the TFAO will not (unfortunately) be able to take into account any suggestions you might make, for example, to abolish citizenship-based taxation in favor of residency-based, or to get rid of the Foreign Account Tax Compliance Act (FATCA). Such suggestions/recommendations would be more productively directed towards your Congressional representatives.

Here are some examples of suggestions that might, however, be appropriate and useful to submit to the TFAO:

- Reopening the IRS attaché offices that, until 2015, had been housed in U.S. consulates, enabling overseas taxpayers to interact directly and in-person with IRS representatives;

- Make it possible for overseas taxpayers to access to the same kinds, and same level, of online services as those available to domestic taxpayers;

- Give overseas taxpayers greater transparency with respect to knowing the status of their tax filings and other dealings with the IRS;

- Make toll-free telephone and email communications possible between overseas taxpayers and the IRS;

- Improve the IRS’s use of postal services, so that notices and other communications that the IRS sends to overseas taxpayers arrive in a timely manner;

- Create a unit within the IRS that would specifically focus on individual (as opposed to business) overseas taxpayers, and be able to fully support them; and ensure that the staff assigned to this unit had adequate training, so that they could fully respond to questions posed to them by overseas taxpayers;

- Ensure that all the main IRS forms, publications and notices are made available in more languages than is the norm at present, to address the fact that many individuals subject to U.S. income taxes  neither live in the United States nor speak English;

- In conjunction with the addition of more languages to the IRS's range of published materials, other IRS printed matter aimed at overseas taxpayers, including information and general instructions, must also be made available in additional languages, to fully account for the fact, again, that many overseas taxpayers are also taxpayers in the non-U.S. jurisdictions in which they live, and therefore need help in understanding how they are to reconcile the two regimes when preparing US tax returns;

- Simplify as much as possible the IRS's forms and instructions, so that "ordinary" overseas taxpayers can complete their U.S. tax returns without the need for expensive professional assistance.

Those are just a few examples of the kinds of suggestions you might wish to make. No doubt many people reading this can think of many other ideas for ways the IRS might improve the way it relates to and handles U.S. taxpayers resident overseas.

Laura Snyder, the sole international member of the IRS's Taxpayer Advocacy Panel, is an American citizen who has spent the past 24 years living abroad, 22 of them in Paris. Originally from Eureka, Illinois, she joined the Taxpayer Advocacy Panel in December 2018, and expects to complete her three-year term in December 2021. Like all 74 other members of the TAP, she volunteers her services to the organization. In August, she explained what the TAP is, and does, and detailed her approach to helping other Americans resident abroad to get their voices heard at the IRS and U.S. Treasury.