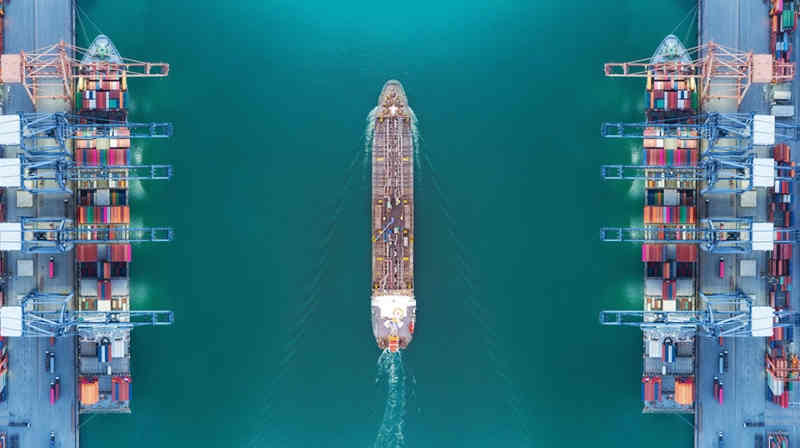 Campaign proposals do not always result in legislation – this is one of the facts of life of American elections. That said, the Democratic Party has targed five key areas for change: Taxes, labor, the environment, oil, and trade.

The potential change in U.S. political leadership, therefore, could well introduce more risk to earnings and market performance of U.S. stocks, and lead to a relative outperformance by comparison of international markets.

Here, Jeffrey Kleintop, Senior Vice President and Chief Global Strategist for Charles Schwab & Co., considers the possible impacts a "Blue Wave" in the U.S. election could have on the economy, and markets.

To be clear, we are not forecasting the U.S. election – trying to forecast the markets is hard enough.

But examining the market impact of a “Blue Wave” result for the U.S. election (the democratic sweep of the White House and both chambers of Congress) seems prudent for two reasons.

For one thing, polls are signaling a rising chance of this election outcome. But, mainly, because out of all the possible outcomes, a “Blue Wave” implies the largest potential changes to the legislative environment for global companies, which could result significant impacts for both domestic and international markets.

Before we dive into this analysis, it is important to remind ourselves that, as noted above, campaign proposals do not always result in legislation.

The election outcome, its ability to drive any changes to legislation and the markets’ reaction to those changes is at least three degrees of separation. Investors should consider all the potential variables before making any changes to their portfolios.

With this in mind, let’s look at the possibilities and their potential market consequences on global markets in five key areas: taxes, labor, the environment, oil and trade.

Although markets typically welcome new spending initiatives, those proposed by Democratic candidates are likely to be accompanied by higher corporate taxes.

Among other proposed taxes on U.S. based multi-national companies is an increase in the U.S. corporate tax rate from 21% to 28%, which could result in the average company seeing after-tax profits fall by 10%, which may put downward pressure on stock prices.

There is a chance that U.S. stocks may underperform international stocks if it appears that the 2017 tax cuts are likely to be reversed, lowering after-tax profits for U.S. companies, assuming tax rates remain stable elsewhere. 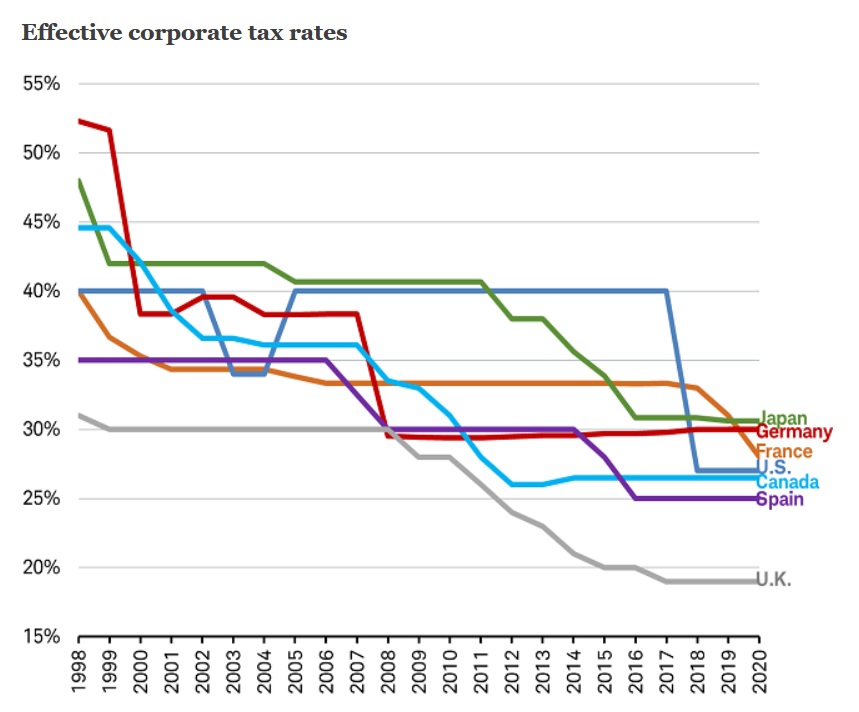 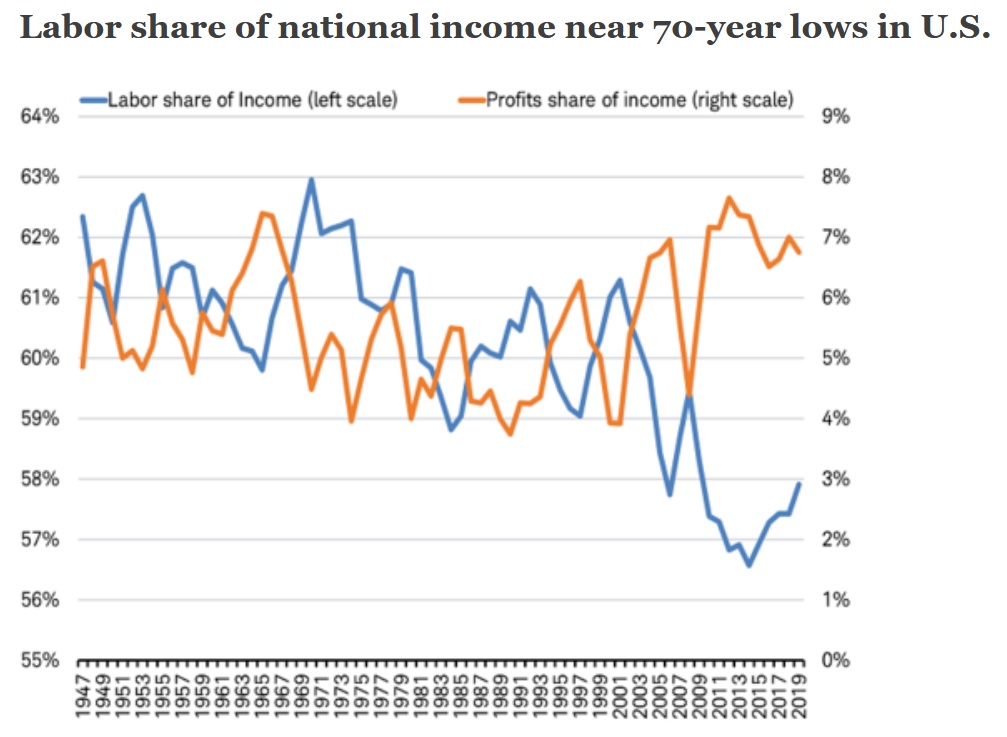 In contrast, Europe’s labor costs rose to their highest percentage of GDP in the last 20 years. If the U.S. trend of falling labor share of income reverses, it could act as a drag on the profit growth of U.S. companies relative to their international peers. 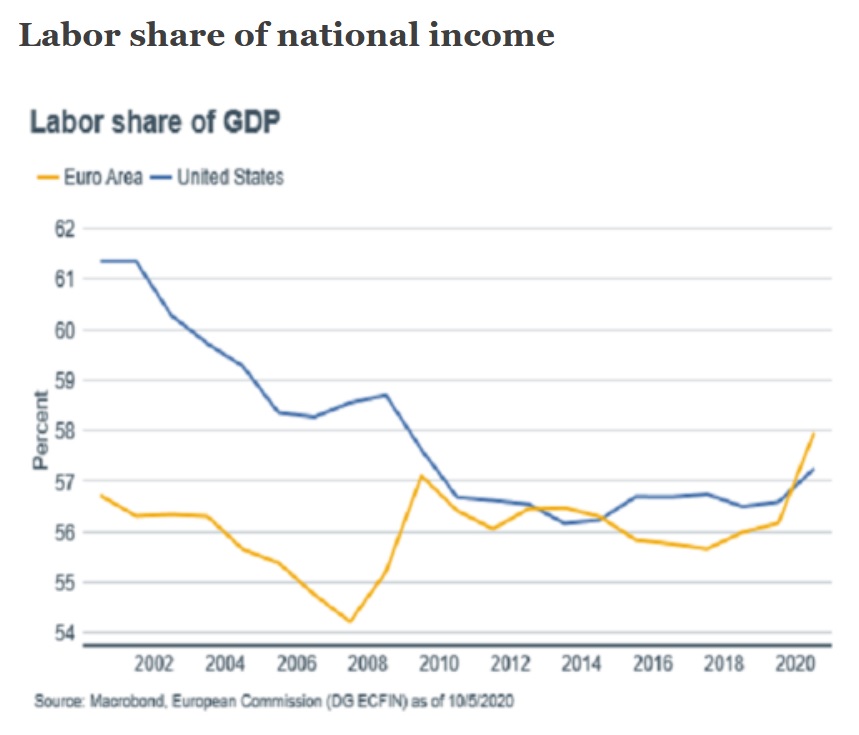 Markets appear to be betting that one of the most likely changes from the Trump administration to be implemented post-election are the environmental priorities being put forth by the Biden campaign.

The MSCI Global Alternative Energy Index has widely outperformed traditional energy stocks (MSCI World Energy Sector Index) as Biden's lead in the polls solidified over the summer, and saw an extra surge, after the Trump/Biden debate on September 29th. 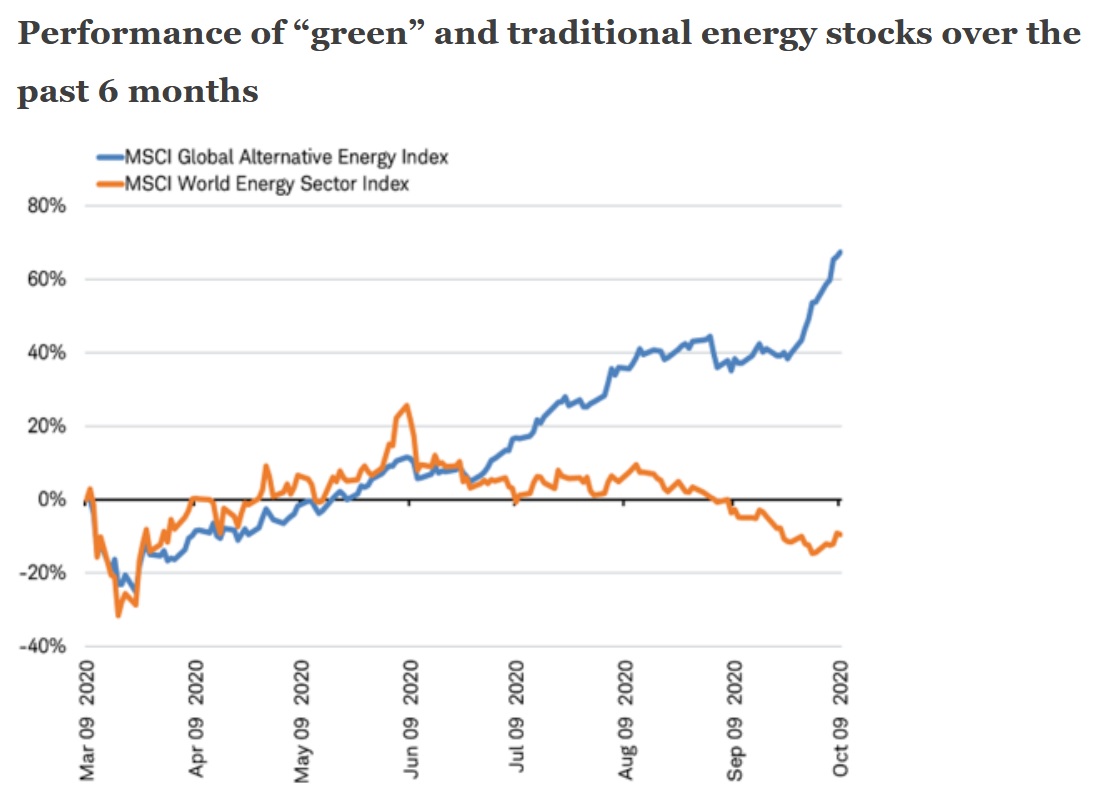 Source: Charles Schwab, Bloomberg data as of 10/6/2020. Past performance is no guarantee of future results.

However, if the Senate remains in Republican control, the U.S. embracing major climate change legislation in parallel with Europe’s New Green Deal – including climate-related taxes and tariffs on high carbon products – seems unlikely. Since alternative energy stocks have already rallied sharply, there may be risk to those gains if the election does not result in a “Blue Wave.”

A component of the Democratic Party platform proposes that the U.S. would re-enter the Joint Comprehensive Plan of Action (JCPOA), the agreement negotiated in 2015 to contain Iran’s nuclear ambitions. The Trump administration withdrew from this agreement in 2018, and re-imposed sanctions that greatly complicated Iran’s efforts to export oil.

This consequently prompted Iran to resume some of its nuclear activities and abandon most of the commitments outlined in the JCPOA. Bloomberg estimates that Iran’s oil exports fell by about 90%, reducing global supply by nearly two million barrels per day. 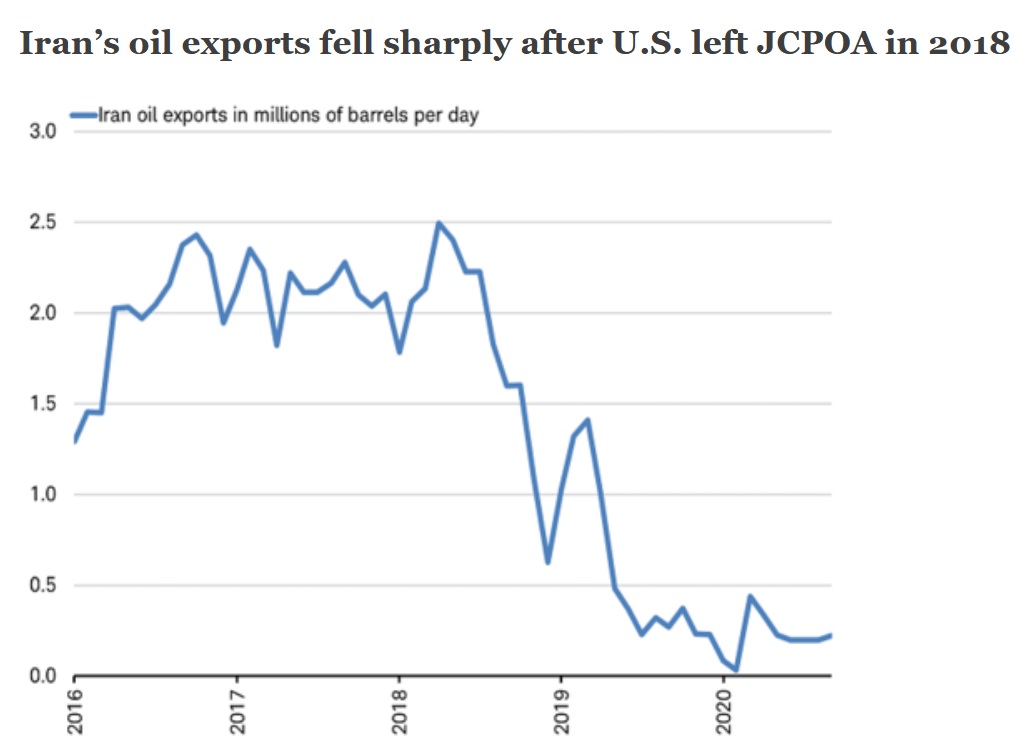 A return to the agreement with Iran has some challenges, including the Iranian election in June 2021 that appears to favor a hardline conservative government rather than a more reformist administration, such as the one that originally negotiated the deal.

Nevertheless, Biden’s proposed efforts to try to stop Iran from enriching uranium, in exchange for dropping sanctions, could lead to the markets pricing in an increase in oil supply. Any supply increase could keep a lid on energy prices while demand continues to recover in 2021, and limit the market performance of traditional energy companies.

The U.S. has recently renegotiated trade deals with its four biggest trading partners: Mexico, Canada, China and Japan. Work on the trade deals with the United Kingdom and European Union are planned for 2021.

Although a Biden administration would likely find a more common ground with Europe, leading to fewer frictions and a shorter path to a deal, his administration might be slower than Trump’s to quickly agree to a free trade agreement with the Conservative UK government, following the UK’s departure from the European Union.

Despite the Phase One trade deal, U.S.-China trade tension has not eased and has even extended to specific Chinese companies. Biden favors a multi-lateral, rather than unilateral, approach to addressing China – which likely means a more transparent and slower moving process.

It may also mean a focus on addressing the environment and labor standards – the two things that top Biden’s list when it comes to China, above the manufacturing jobs and the trade balance that are the main focus of the Trump administration.

Based on the Obama administration’s leadership of the Trans-Pacific-Partnership, we would expect more of a cooperative tone from a Biden presidency when it comes to changing China’s behavior.

While 2020 has been an exception, with COVID-19 being the major economic focus and driver of stocks, in recent years, we have seen the outlook for trade having a heavy influence on the economy and markets. The potential for a less confrontational U.S. stance, combined with a multi-lateral approach, could mean less overall market volatility tied to trade, particularly for companies dependent upon operations in both the U.S. and China.

History has typically shown that the state of the market and economy have more of an impact on the outcome of an election than the election outcome has on the markets and the economy. But there are some potential impacts from a “Blue Wave” that are worth considering.

The stock markets may welcome the potential for more fiscal stimulus (including infrastructure and green initiatives), and lower tariff risk that may come with a Democratic sweep. The trade-off could include higher taxes and labor costs, a tougher and more costly regulatory environment for U.S. companies relative to international peers.

Looking to our portfolios, these outcomes could handicap earnings and market performance of U.S. stocks, and lead to relative outperformance of international markets, which have lagged in recent years.

Jeffrey Kleintop, pictured left, is Senior Vice President and Chief Global Investment Strategist for Charles Schwab Corp., the San Francisco-based multinational financial services company that last week completed its acquisition of TD Ameritrade, a major U.S. brokerage firm. Both companies have a major presence outside of the U.S. Kleintop specializes in analyzing international market trends and their financial implications, and is a well-known U.S. media commentator.

The views expressed in the article above are for general information purposes only, although those interested in learning more about Charles Schwab and its investment recommendations may wish to visit Schwab's Insights & Ideas center,  and/or follow Kleintop on Twitter, at @JeffreyKleintop.

More in this category: « Tax Foundation: Joe Biden’s plan to address 'offshoring' comes with contradictions  What visitors to the U.S. should know about the secretive Mr. FBAR »