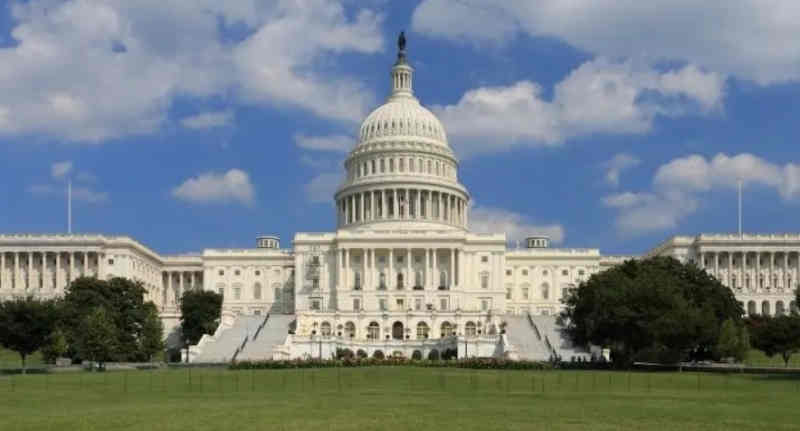 As we reported here last week, the U.S. Senate Finance Committee held a hearing last month on “How U.S. International Tax Policy Impacts American Workers, Jobs, and Investment." Many in the American expatriate community felt that the hearing focused almost exclusively on major U.S. corporations, with no mention made at all of America's 7 million to 9 million tax-paying expats, let alone the tax issues many of them struggle with...

Here, Laura Snyder reiterates why she and her colleagues at the recently-launched organization known as Stop Extraterritorial American Taxation (SEAT) are urging all Americans who live abroad to tell the Senate Finance Committee how they think U.S. international tax policy is affecting them, their jobs, and their investments – and why they must do so by April 7 (i.e., tomorrow)...

As I mentioned here last week, the Senate Finance Committee hearing on March 25 revealed a concerning lack of awareness on the part of many, if not most, top U.S. lawmakers about how a significant proportion of America's expatriate community actually lives, files U.S. tax returns, and when required, pays taxes to the U.S.

(If you're not familiar with how the hearing went, John Richardson, who is also a member of SEAT, provides an excellent summary on his latest podcast, which may be accessed by clicking here.) 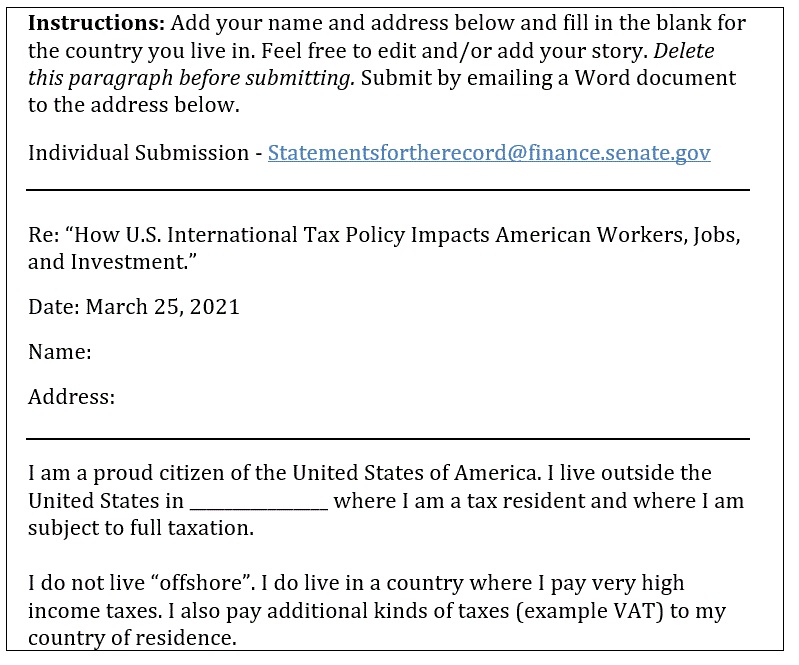 At SEAT, we believe, as John stated in the podcast, that American expats must take action now, if we are to avoid the situation in which many of us find ourselves – with respect to the way we are taxed, under the uniquely-American citizenship-based global tax regime – becoming even more difficult than it already is.

For this reason – and as we, at SEAT, also explain on our website, and John also alluded to – we have put together a selection of downloadable, Word document "templates" together to make it easier for as many American expats around the world as possible to let the members of the Senate Finance Committe know how they feel about the impact of U.S. international tax policy on the lives of Americans who live outside of the U.S.

(The idea is, of course, that in so doing, we might enable these lawmakers to realize that U.S. international tax policy affects a lot more than just Google, Facebook and Microsoft – nine million American expats, in fact, many of whom are struggling to stay afloat financially, in part as a result of their U.S. tax obligations...)

All you have to do is choose the template that best fits your specific circumstances as an American/accidental American living outside the United States.

We recommend that you download the one that most closely matches your circumstances, and edit the file to add your name and address. We also urge you to add as much further detail as you can as far as how  U.S. extraterritorial taxation is currently affecting you personally. This is because personal stories have much more impact than form letters.

Also, it's super-important that the Senate Finance Committee receives as large a number of submissions as possible – so even if you don’t want to add your own story, please make a submission.

Below are the seven templates we've set up (see excerpt from the beginning of the "General Template", above left):

The Senate Finance Committee has spelled out how it would like such comments to be submitted; it is as follows:

(The title of the hearing was "How U.S. International Tax Policy Impacts American Workers, Jobs, and Investment", and the date was March 25, 2021.)

Statements must be received no later than two weeks following the conclusion of the hearing.
If you'd like to read the SEAT submission to the committee, click here. Though again, we encourage you to provide your own, personalized statement. Because unless Congress hears from as many actual Americans living overseas as possible, they will certainly continue to ignore the effects of U.S. international tax policy on the lives of US citizens around the globe.

Dr. Snyder, who is originally from Eureka, Illinois, and who now lives in Paris, has been an expatriate American herself since 1995. She heads up the recently-launched Stop Extraterritorial American Taxation advocacy organization, and for a few more months, is the sole expatriate representative on the IRS's Taxpayer Advocacy Panel.
To go to the SEAT website, click here.