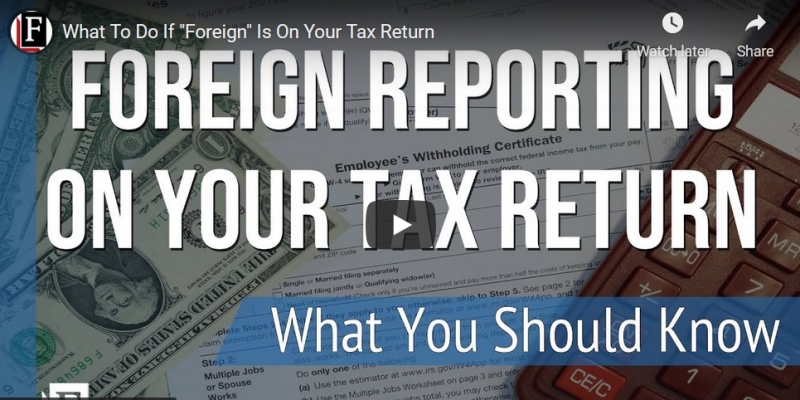 It's been eleven years (and a few months) since President Obama signed the Foreign Account Tax Compliance Act into law, which changed everything in terms of finances and taxes for American expats and U.S. Green Card holders around the world.

So at this point, most Americans who live abroad are at least aware, on some level, that they should be filing tax returns every year.

in the first of two AXFNJ podcast conversations, too many American expats are still getting tripped up – some badly – by certain of the less-well-known, mostly information-reporting requirements that lie in wait for them, in the IRS's dark and mysterious Expatland reporting jungle...

Early on in their discussion, which may be listened to here, Noff and Richardson agree that one of the biggest problems built into the current U.S. expat-tax-filing regime is the fact that, as Richardson puts it, many ordinary (as opposed to rich) expats "they just don't have the money for the advice" they need.

This is because even low-earners can, for example, inherit property or receive a one-off gift from a relative that's worth more than US$100,000. While this would trigger an information reporting requirement, many American expats wouldn't know this; and if they did, the costs involved in hiring someone to advise them on it could put them off getting help, as they wouldn't immediately realize that they could, as Noff notes, risk "a 25% penalty on that gift" if they were to fail to get advice, and then get it wrong. 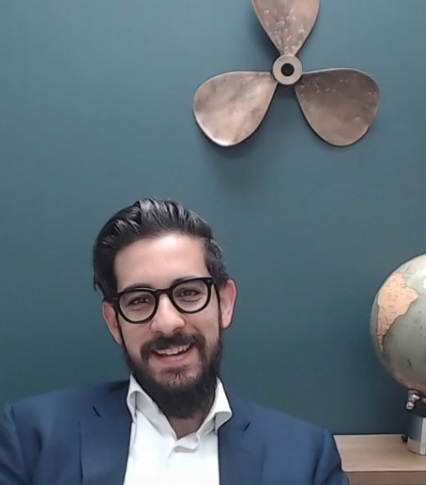 "I've seen some pretty big ones, some whoppers," Noff, pictured left, says, referring to the cases he's seen of people who didn't know that they needed to report the gift, and how it should have been reported, but wasn't.

Non-U.S. pension plans, too, are known for creating "a host of filing obligations" many ordinary expats aren't aware of, he continues.

"I would love to see more exemptions" for expats from such obligations, Noff adds.

"The IRS did come out with a notice, back in early 2020, that [made a good start] in trying to exempt certain foreign pension plans from some of these onerous reporting requirements; it was a great step, and you've got to give the IRS points for hearing us [on that issue].

"But it had these criteria that had to be met that were so nuanced that some filers don't even know if they meet them? And they reach out to the pension system [to find out], and you know, they're not giving them the information necessary to make these determinations [either].

"So perhaps maybe something a little broader, less narrow in scope, would be helpful to have in the future.

"But It's good to see the IRS engaging in some form of relief, and we hope through efforts of attorneys across the country and other tax professionals, that this [exempting and accommodating expatriate taxpayers from unnecessary and complex information reporting requirements] will continue."

In the meantime, Noff continues, he, like many others in the profession, "try to give as much information as possible, to educate" where possible those expat taxpayers who can't afford to hire a tax professional, but who also can't make sense of their situation by themselves. But it's not always possible, he admits.

"How are you going to educate someone on how to do a [Form] 8621 PFIC computation?"

'Reasonable cause' and other defenses

Much of the second half of Richardson and Noff's conversation concerns the options taxpayers are left with when the IRS finds that they've failed to file something correctly, beginning with Noff's observations as to how "reasonable cause" is defined by the IRS.

("The way we look at reasonable cause and the way the IRS looks at reasonable cause have been diverging, particularly with the Form 3520 penalties that we've been seeing going up to [the administrative Office of Appeals Court], and the harsh stance Appeals seems to be taking towards reasonable cause, where it's almost as if it doesn't exist...")

To hear the rest of Part 1 of Richardson and Noff's conversation, click here.

Frost Law is based in the Washington, DC area, and has offices in Maryland, Virginia, the District of Columbia, Pennsylvania and Florida.

Noff is a partner and chair of tax controversy at the firm, in addition to serving as the current chair of the American Bar Association’s subcommittee on Tax Collection, Bankruptcy & Workouts. Noff helped to build the firm with his partner Glen Frost, beginning in 2012, after receiving a law degree from the University of Maryland's Law School. He is also licensed as a Certified Public Accountant.