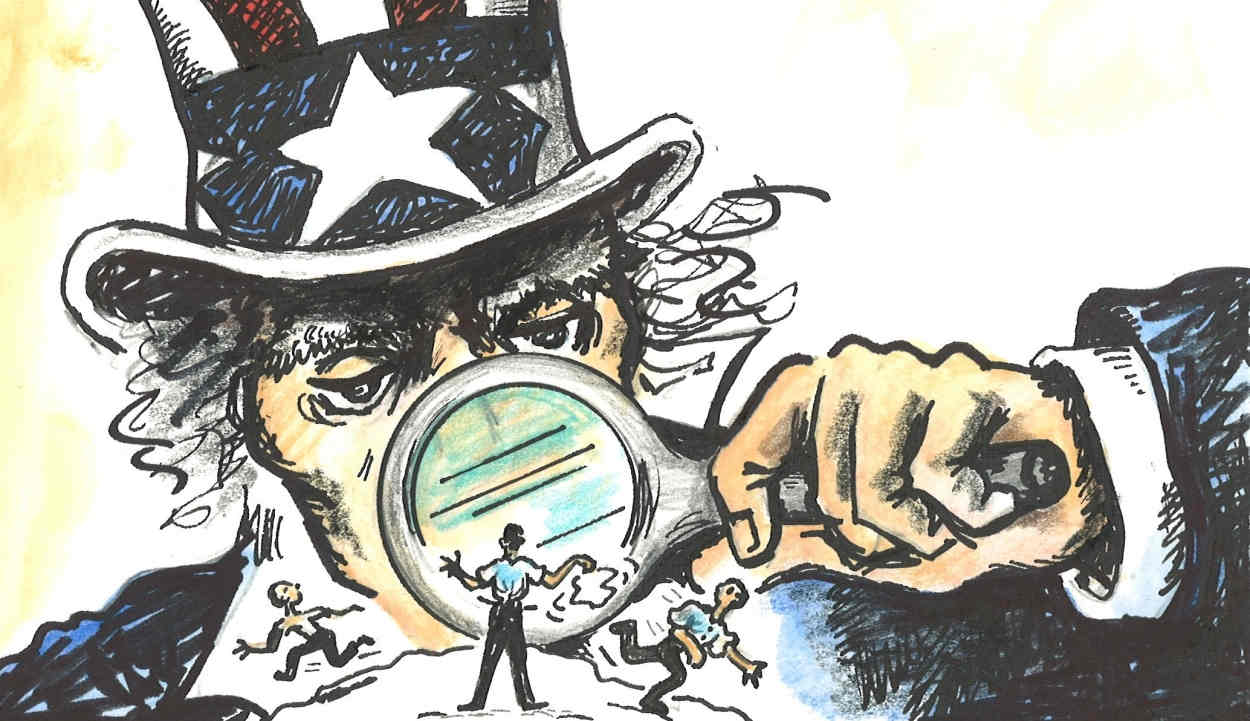 Ever since President Trump unveiled his so-called Tax Cuts and Jobs Act just before Christmas in 2017, tax experts familiar with the complex way American expatriates are taxed have been sounding the alarm about what were initially assumed to be the unintended consequences of that legislation on American small-business owners overseas.

Thus far, as has been written here and elsewhere in recent months, their warnings appear to have been largely ignored by Washington lawmakers.

Here, one 31-year-old American entrepreneur, who for the last two-and-a-half years has been nurturing what he says had been a successful start-up tech business in the EU – until the Trump tax reform legislation came along – explains exactly how he believes the new regime puts not just him but all Americans who own, or who would like to start, a small business overseas at a “massive” competitive disadvantage.

My name is, well, let's just call me Jethro for now. I’m an American, born in 1987, and I'm currently living in a European country, which I’d rather not identify here.

In 2016 I started a limited liability marketplace company based in this European country, which facilitates the pan-European sales of what the industry calls “wellness and functional” food products.

This is the story of how Donald Trump’s tax overhaul appears likely to be forcing me to have to choose between winding down or selling (to a non-American buyer) the pride and joy that is my business – which had managed to thrive until now, in spite of Europe’s notorious red tape maze, and the EU's particularly high personal and corporate tax rates.

The reason I think I will have to do one of these two things is because the new, retroactive U.S. tax on the retained earnings of companies owned by Americans has now made it impossible for me – or any American owner of a small business – to compete outside of the U.S.

My business is a start-up that was bootstrapped (self-funded), and consequently, from Day One, I’ve owned all the shares. From the beginning until now, I’ve received no financial help from anyone.

(Recently, though, I have had to spend thousands of dollars on U.S. accountants, in an effort to sort out the tax issues I’m facing as a result of being American, and that outlay continues.)

It wasn’t easy getting off the ground initially, as we were subject, as I say, to myriad European bureaucratic rules and regulations, including the bloc’s fierce privacy protection laws and country-specific VAT codes.

Even from the beginning, every day was a constant struggle for survival, as I think it must be for most European start-ups.

Nevertheless, I managed to double the size of my business each year.

The downside of this, being in EU, of course, is that my personal taxes were running at approximately 46%, while my company, owing to its success, has been taxed at a corporate rate that has ranged between 15 and 25%.

As 2018 was coming to an end, I realized that the next logical step for my business would be to create my own range of branded products, which would monetize the customer loyalty I’d begun to develop, while giving the business a higher gross margin with which to work. (This is what Amazon did early-on in its development.)

The challenge I faced was that such a strategy would be capital-intensive. In order to carry it out, we would need to invest in inventory, extra staff, and a manufacturing infrastructure.

So my plan was to make the leap in 2019, using my company’s retained earnings from 2017 and 2018 to do it – as any normal business owner anywhere, who was willing to take the risk of losing their accumulated capital in order to grow their business, would do.

But then, towards the end of 2018, as we were about to go ahead with this plan, someone told me about Donald Trump’s 2017 Tax Cuts and Jobs Act, and how it affects businesses like mine outside of the U.S., which are majority-owned by U.S. citizens.

My business, I was told, would be considered to be a “controlled foreign corporation (CFC),” and because I owned 10% or more of it, we fell under the purview of what I was told is called the “Transition Tax”, introduced by that Trump legislation.

For me, this Transition Tax meant that I was now required to pay the U.S. government a 15% tax on all my start-up business’s retained earnings, if, as happened to be the case, I lacked enough personal foreign tax credits to offset this amount.

Never mind that the income generated by the business had already paid those aforementioned stratospheric EU personal and corporate taxes for two years.

It was at this point that I realized that my plans to grow my business in 2019 were dead on arrival.

But at the same time, I also knew that if I happened to be any other nationality but American, this would not be the case.

It was a small comfort, I suppose, that my business was only two-and-a-half years old when I discovered that it might be doomed, since the new Transition Tax is actually retroactive all the way back to 1984.

But it still seemed manifestly unfair, since the reason I didn’t have the necessary personal foreign tax credits to trade off against the tax on the business’s retained earnings was because I had been planning to plough them back into the business. (I absolutely had not been setting them aside for Uncle Sam to help himself to!)

Had I known in advance that the Transition Tax was coming, I might have known that I should liquidate all the cash reserves my company had by taking every last cent out of it as part of my personal salary; paying 48% of this to the EU taxman; and then using this amount to wave at the IRS, as it would have given me the foreign tax credits I needed to offset the Transition tax.

To make a long story short, had I kept the money as retained earnings in order to grow the business, instead of using it to pay myself, the effective tax rate would have been roughly 70% of every euro of profit my business made.

Now that we’ve wrung my company of the majority of retained earnings, my plans for growing it have necessarily come to a halt. And it is difficult to see a reason to continue.

Thanks to Donald Trump and his tax reform legislation, my company is now without profit, and without reserves. How can it grow?

And if it somehow were to keep growing, I remain severely constrained with respect to how I might be able to make use of any income it were to generate, once the necessary taxes had been paid.

As I see it, this is where I stand now:

And yet, I struggle to bring myself to throwing in the towel and walking away from this project of passion of mine, that I have dedicated every waking hour of every day to since I first conceived it.

I could always become non-compliant, I suppose, as some people suggest people like me should do – simply not filing any U.S. tax returns, and staying away from the U.S., while hoping that an amnesty might one day be forthcoming. But, even if I had a EU passport, which I do not, that would be illegal, and I would not do this.

I could sell half of my company for almost nothing – losing ownership and control of it in the process – to a non-American partner, so that down the road we could more freely control our financial strategy and invest our profits, assuming we were to have any, in the company’s infrastructure and growth.

As mentioned, this is one of the avenues I'm considering.

It really is an utter mess. What's more, no one seems all that sure how the GILTI tax is going to evolve: legislation introduced in December, for example, would seem to mean that I might not have to sell half of my company after all. On the other hand, it's a day-to-day affair, and I'm never very sure that my accountant won't come to me tomorrow with another rule that "just came out" that would finally finish me off.

‘U.S. has knee-capped
its young entrepreneurs’

No matter how you look at it, though, my options point to one glaring fact, that no one in Washington seems to realise: In its efforts to deliver tax cuts to certain Homeland business interests, no doubt for purely political reasons, the U.S. has kneecapped the prospects of its own young entrepreneurs around the world.

While anyone can appreciate why the U.S. might wish to ensure that giant multi-nationals like Apple, Facebook and Google pay their fair share of taxes, the fact remains that Donald Trump’s Transition and GILTI taxes destroy any hope that young entrepreneurs like me might otherwise have to prosper and grow our businesses outside of the United States.

Editor's note: "Jethro" is a real person, who submitted this piece on the understanding that his identity, as well as that of his company and the country in which he lives, were not given.

More in this category: « Learning to speak 'expat' A renounced ‘accidental’ replies to UK gov’t’s Stride: ‘It’s not that we’re not British, we are – but we're also not really American' »