In his article, Rep. Bascrell shared his own views on the various ways the U.S. system currently, he argues, enables billionaires and other high-net-worth individuals (and their families) to shelter their money from tax – and how Washington lawmakers might begin to fix this...

Below, reproduced with the permission of the Bureau of National Affairs, Inc. (800-372-1033) http://www.bloombergindustry.com, is Rep. Pascrell's March 25  article. (To view the original on the Bloomberg Tax website, click here.)

Stepped-up basis is the vehicle for families to continually pass prosperity from one generation to the next untouched, and because it avoids payment of gain on the appreciation of the assets, inherited wealth grows exponentially, Rep. Bill Pascrell Jr. says.

As he explains below, the U.S. Treasury Department could use existing law to begin to close this loophole....

Last December, I chaired a hearing in our Ways & Means Oversight Subcommittee on hidden wealth in America. I was floored by what I heard.

The Pandora Papers probe exposed the secret holdings of 130 billionaires in 45 countries. Piggybacking on that historic work, our hearing further unmasked an extensive web of shelters used by the richest American families. We showed they’re doing it right here on our shores.

It was once a caricature that enormous fortunes were deposited exclusively in far-flung places like Zurich and the Caribbean islands. But today, the U.S. has become a magnet for the same people trying to hide their millions. That the U.S. has become an international tax haven is a stunning indictment of our own laws – both at the federal and state levels.

At the federal level, outrageous loopholes exploited by the wealthy have remained unfilled by Congress. At the state level, some states have gone out of their way to craft laws to attract hidden cash.

Sparsely populated states like South Dakota and Wyoming have become the Grand Cayman of the prairie by enacting laws that are nothing less than open invitations to well-heeled families to conceal their money in the Great Plains. My fear is that more states will seek to emulate those outliers while facilitating titanic tax avoidance by our wealthiest citizens. And there can be no question that inaction by our federal government makes it easier for states and citizens to build tax shelters.

Unfortunately, there is no single avenue affluent Americans use to avoid paying their tax bill; the arsenal of tools at their disposal is extensive and varied. Examined broadly, the tax code can resemble a block of Swiss cheese.

I’ve been a member of the tax-writing Ways and Means Committee for 15 years. I’m familiar with the best and worst aspects of the code, and there are some doozies. But for my money, the worst loophole in the entire federal tax code is the so-called stepped-up basis loophole. Often opaque names used by politicians and economists don’t adequately capture a subject’s import, which is why I call this loophole the billionaires’ bonanza.

In a nutshell, this loophole is the top choice for wealthy families to shield their mammoth inheritances from taxes. Stepped-up basis is the vehicle for families to continually pass prosperity from one generation to the next untouched. Because it avoids payment of gain on the appreciation of the assets, inherited wealth grows exponentially.

Stepped-up basis is a key driver of the growing chasm between the top 1% and everyone else. This Congress, I have been the main sponsor of legislation (HR 2286) to close the loophole. I will keep offering it until Congress finally passes the reform.

But even as we wait for Congress, the executive branch can act to limit abuse of stepped-up basis. The Treasury Department can use existing law to take targeted action to close wealthy Americans’ favorite loophole.

Section 1014 of the Internal Revenue Code provides that the basis of property acquired from a dead parent or grandparent, say, is the fair market value at the decedent’s death. Property is eligible for this treatment if it is acquired by bequest, devise, or inheritance.

Nevertheless, testimony for the record at our hearing revealed that aggressive estates are getting around the statutory language and exploiting the billionaires’ bonanza by arguing that the termination of an irrevocable trust at the death of the grantor should be treated as a “bequest” or “devise” under Section 1014.

It seems surprising this has worked, but use of this technique is succeeding because the Treasury has failed to issue regulations that explicitly forbid abuse of the loophole. The refusal to promulgate regulations means that taxpayers do not have to disclose that they have taken stepped-up basis.

Consequently, the IRS is unable to ever know if a trust or its beneficiaries who sell their assets claim the benefit, allowing them to pocket even more. Thus, I have asked Treasury Secretary Janet Yellen to proactively issue regulations that shut off this abuse of the code.

It would not require much – simply a clarification by the Biden administration that the phrase “bequest, devise, or inheritance” in Section 1014(b)(1) does not apply to the termination of grantor trust status upon the grantor’s death, or to the transfer of an irrevocable grantor trust’s property upon a grantor’s death.

It is a small measure, and the onus remains on us in Congress to comprehensively close tax loopholes to leave scofflaws no wiggle room. But it is one way that can have a large impact in forcing monied tax cheats into the light.

Stopping tax-cheating gimmicks can feel like whack-a-mole, but that does not mean we should throw up our hands and give up. America cannot long survive with a two-tiered tax code that has one set of rules for the very top and another set for the rest of us. The richest families cannot be allowed to grow their fortunes without paying their fair share.

Rep. Bill Pascrell Jr. is a member of the tax-writing House Ways & Means Committee, and chairman of its Subcommittee on Oversight. A lifelong resident of Paterson, New Jersey, he represents Bergen, Hudson, and Passaic counties in Northern New Jersey. This article is reproduced with permission. Originally published March 25, 2022. Copyright 2022 by The Bureau of National Affairs, Inc. (800-372-1033) http://www.bloombergindustry.com

U.S. Internal Revenue Service Commissioner Charles Rettig may have focused on Homeland tax issues during a House Ways and Means Oversight Subcommittee hearing on "the 2022 Filing Season" last month, as reported. But interested stakeholders were invited to submit written comments for inclusion in the hearing record, and among those to do so – and in so doing, introducing the tax-filing issues currently facing millions of U.S. taxpayers who live overseas – was the American Citizens Abroad, the Washington, D.C.-based advocacy organization.

From the moment President Biden's latest proposed package of taxes and changes to existing regulations aimed at America's wealthiest taxpayers in particular went live on Monday, U.S. wealth managers and tax advisers have been trawling through its pages, to get a sense of the scale and nature of the changes that may lie ahead... 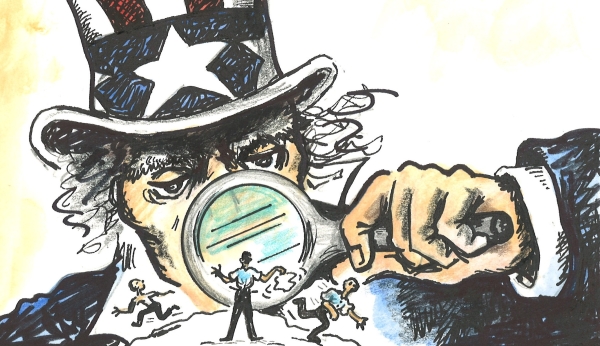 The American Expat Financial News Journal, like many media organizations, often hears from readers who are at a loss as to whom else they can turn to, having exhausted what they believe to be all the avenues open to them to resolve their problems... 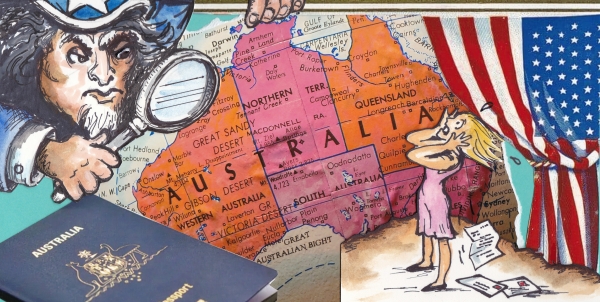 Having been born in Australia and lived her whole life there, "Amy," as she wishes to be known here, had no idea that her life was about to be turned upside-down, and changed forever, in March, 2020, when someone from her bank said that they needed to ask her to fill in some details having to do with her citizenship.

Then suddenly, Amy says, her "OMG Moment" – as it's often referred to by accidental Americans, a group which Amy was soon to discover she was a member of – arrived... 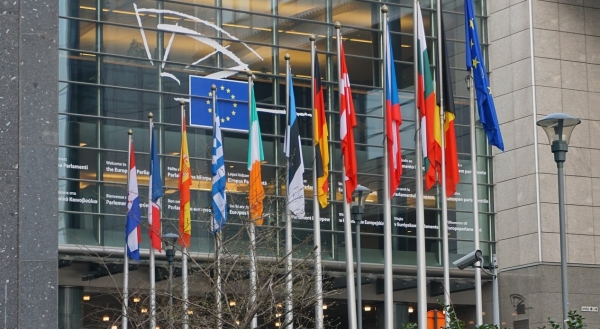 In July of 2018,members of the European Parliament resoundingly approved a resolution which supported the right of Europe's estimated 300,000 "accidental Americans"  to be allowed to cast off their American citizenship (and thus their taxation by the U.S.) more easily and cheaply than is currently possible under U.S. law. (The vote was 470 to 43, with 26 abstentions.)