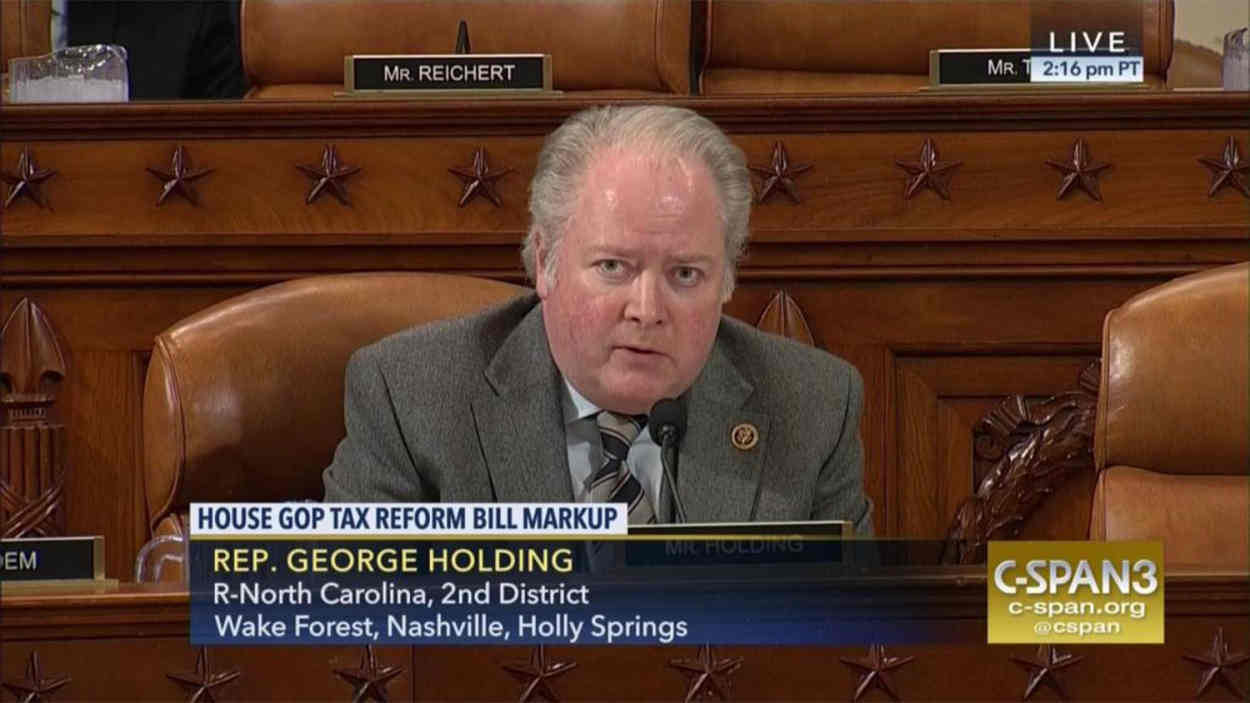 The legislation, which thus far has not been published nor, as far as anyone knows, yet been given a name, is expected to be introduced by the end of this month, with North Carolina House Rep. George Holding its chief sponsor.

Among other things, Holding's bill is understood to propose giving expatriate Americans the option of replacing the U.S.’s current citizenship-based tax (CBT) regime, as it applies to them, with a “territorial taxation for individuals” (TTFI) system. Those who would prefer to continue to be taxed under the existing CBT regime could, under this legislation, be allowed to do so.

Holding, who is a Republican, has previously expressed his concern about the problems expatriate Americans face as a result of the way the citizenship-based regime affects them, and his interest in seeing this changed. On a video clip posted last year by the American Citizens Abroad organisation, he is quoted as having said that he was "looking forward" to working to ensure that  "American citizens" would be able to have "a level playing field around the globe as well."

The term “territorial-based taxation for individuals” represents its Republican proponents’ intention of linking it in concept to the Trump Administration’s introduction last year, in the so-called Tax Cuts & Jobs Act, of a territorial-based tax regime for corporations.

Proponents of the TTFI concept argue that it corrects problems in the Trump legislation that emerged only after it was signed into law, which some say were probably the result of the speed at which the Tax Cuts & Jobs act was drawn up and passed by both houses of Congress, before being signed into law just three days before Christmas.

Democrats in Congress and in the expatriate community are also keen to see the CBT regime replaced with one based on residency, although they refer to their preferred alternative as a residence-based tax (RBT) regime. The willingness of the Democrats to back the TTFI proposal is seen key to its passage.

Although details about Holding’s planned legislation have yet to be officially revealed, some have emerged, in part from individuals and advisers close to Holding and others involved in the bill’s drafting.

Among those who have shared what they know thus far has been Republicans Overseas chief executive and long-time anti-FATCA campaigner Solomon Yue.

Below are some of the points he and
others say Holding’s bill is likely to include:

• Expatriate retirees who currently benefit from receiving their Social Security payments tax-free, under the citizenship-based tax (CBT) regime, but who could face a tax on such payments under the proposed alternative tax system, based on where individuals live, would be allowed to continue to as they are.

• Individuals who own stakes in small overseas businesses would not be required to be taxed under the new regime for corporations, and to opt for a residence-based (TTFI) regime, if their total assets are below $US10m, and they meet certain other conditions as well, such as being able to show that they have been tax compliant for the past three tax years, and that their U.S. tax has not exceeded US$165,000 in any of the three years.

•  As the proposed legislation is understood to be worded now, expats would be able to elect TTFI status if they habe been in tax compliance for three years, with and/or without U.S. earned/sourced income. If they were to have only foreign earned/source income, they wouldn't, under the legislation, have to file tax returns and pay U.S. tax.

If they had both foreign earned/source income and U.S. earned/sourced income, however, their U.S. income would still be taxable, and they would have to file U.S. tax returns for this U.S. income.

Finall, if they had just U.S. earned/sourced income, they would probably, those familiar with the legislation say, be better off remaining under the citizenship-based tax regime, as noted above, because their Social Security income withholding would otherwise be taxed at 30%.

• Some means to "pay for" the bill: in other words, Congress will need to be assured that the tax income lost by granting some overseas-resident Americans TTFI status will be made up for in other ways. Exactly how the Holding bill would do this has not yet been spelled out.