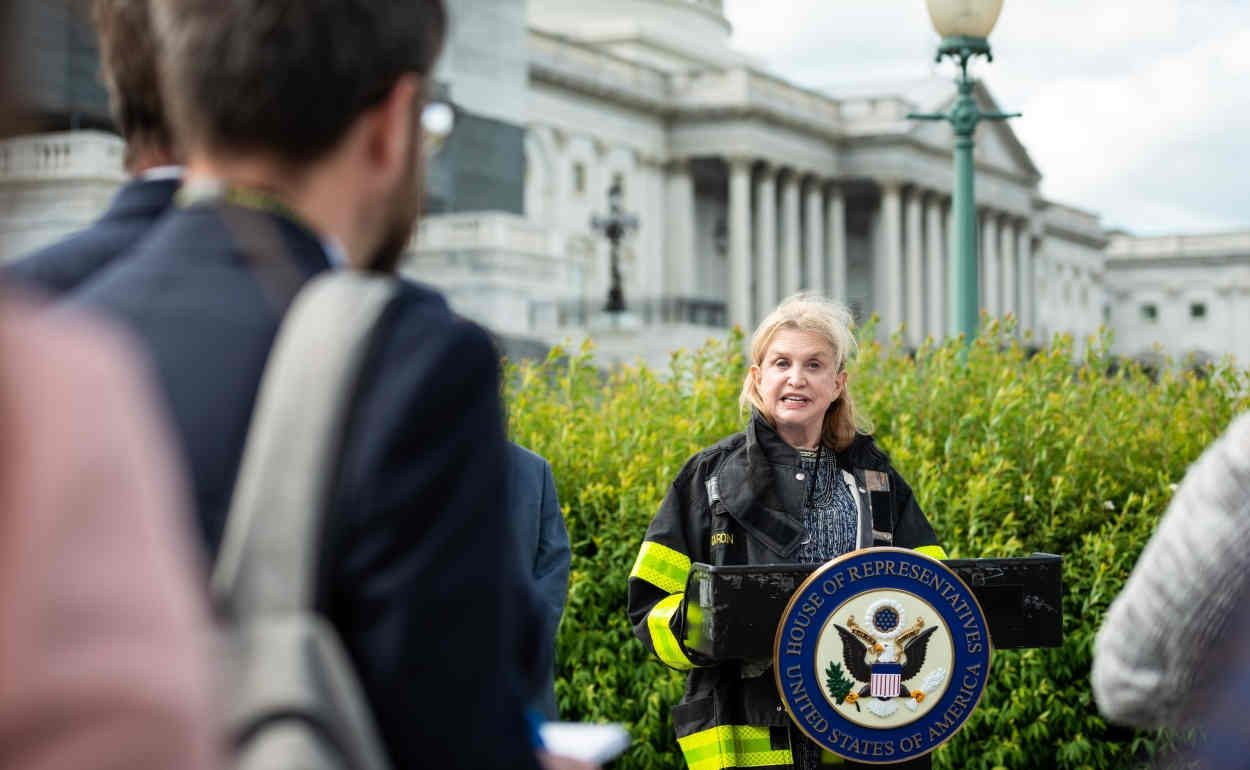 Carolyn Maloney, a New York City member of the House of Representatives who is co-chair of the House's Americans Abroad Caucus,  today has reintroduced a piece of legislation similar to the "Same Country Exemption"  that the American Citizens Abroad, a Rockville, Maryland-based advocacy group, has been calling for since 2015.

Rep. Maloney's Overseas Americans Financial Access Act (H.R. 4362)  is one of two pieces of legislation she is re-introducing, and which she says are aimed at "help[ing] American citizens living abroad who are unfairly and disproportionately burdened by existing tax laws".

Co-sponsor of both bills is Virginia Rep. Don Beyer.

The legislation would, the statement added, therefore "eliminate the unintended and excessive reporting burden imposed on overseas Americans by FATCA, [thus] enabling them to more easily open and maintain private bank accounts with foreign financial institutions".

Rep. Maloney's other bill, the so-called Commission on Americans Living Abroad Act of 2019 (H.R. 4363), provides for the creation of an "Executive Commission" that would be comprised of a 10-member bipartisan panel, which would be tasked with "examin[ing] the concerns of U.S. citizens living and working abroad."

"The Commission would analyze, report on, and make appropriate recommendations to address the effects of activities, laws, and policies of the federal government on Americans citizens living overseas," the statement from Rep. Maloney's office outlining the two bills added.

A spokesperson for the Congresswoman said both bills had been introduced in previous congresses, but had not made it into law.

Rep. Maloney's announcement of her legislation comes as members of the Democrats Abroad's International Taxation Task Force are having one of their regular "door knocks" in Washington, D.C., and have been urging fellow Democrats to call and email their Congressional representatives in support, in particular, of changing the U.S.'s current citizenship-based tax regime to one based on an individual taxpayer's residence.

In a statement accompanying the announcement of her legislation, Rep. Maloney noted that Americans who live and work abroad "are forced to contend with unsustainable tax burdens as an unintended consequence of U.S. law" – but that passage of her "Overseas Americans Financial Access Act" would change this.

“This community represents our nation as informal ambassadors all around the world, promoting American influence and goodwill worldwide. They are also full citizens who pay taxes, vote, and are affected by American laws. Which is why we need to look at how all our laws – not just the tax code – are affecting these Americans just as we would study how laws affect our constituents living in the United States.

"So today, I am also once again introducing the Commission on Americans Living Abroad Act to create a commission tasked with studying the specific impacts of American legislation on overseas Americans. These changes are long past due.”

The Democrats Abroad and other American expat groups expressed support for Maloney's legislation.

Monte Silver, an Israel-based U.S. tax attorney who is active in advocacy efforts on behalf of expat issues, and who is in Washington at the moment to join in with the Democrats Abroad/Association of Americans Resident Abroad's "door-knocking" trip, credited that campaign for having played "an important part in making this happen".

"Now we need to push the Republicans Overseas and the American Citizens Abroad to also get behind this, and help push it through the House."

Democrats Abroad International chair Julia Bryan said her organization was "delighted that the Americans abroad community has the on-going support of Representative Maloney," and add that it was hoped the spotlight on the two pieces of legislation would "also help profile the urgent need for a switch from our current system of citizenship-based taxation to a system of residency-based taxation, to end the double taxation of Americans abroad."

The AARO said it was also "delighted" by the news of the two bills – as well as by Rep. Maloney's "expression of support for the Tax Fairness for Americans Abroad Act", a Republican bill that, as reported, its sponsor, North Carolina Representative George Holding, has been hoping to find a Democrat to co-sponsor for since earlier this year. Holding first introduced his legislation in the closing days of the last congressional session in December, and has yet to reintroduce it this year.

Among the central features of Holding's bill was an option for American citizens who are living abroad to elect to be taxed on the basis of their residency, rather than their citizenship.

The key change for those Americans living abroad who chose to be taxed on the basis of the country in which they now live – and who could prove that they actually are tax resident there, and spend a certain amount of time there during the tax year in question – is that all of their foreign-earned income would be free from potentially being taxed by the U.S.

'Not the same SCE as previously drafted'

John Richardson, a Toronto-based lawyer and long-time critic of FATCA, noted that Rep. Maloney's Overseas Americans Financial Access bill appeared to be different from a previous Same Country Exemption proposal in that it "appears to apply to all Americans abroad, [whether or not] they are compliant with their U.S. tax-filing requirements", though it also appears that it  "would not apply to 'permanent residents' (Green Card holders) in exactly the same way".

"The bad news [though]," Richardson added, is that "the Maloney bill, as drafted, is clearly far too narrow, applying only to 'depository accounts'.

'This means that the bill applies only to day-to-day bank accounts. It specifically does not apply to 'custodial accounts'. This means that it excludes investment accounts, brokerage accounts, etc.

"There is no reason why it shouldn't extend to all accounts held by Americans living outside the United States."

Rep. Maloney has been a member of the House of Representatives since 1993, originally for New York's 14th Congressional District, then, since 2013, following a re-districting, its 12th district.

Recently she has been photographed at numerous events (including a press conference above, in May) wearing a custom-made fireman's jacket, as part of an effort to promote a bill called the Sept. 11th Victim Compensation Fund, which is aimed at providing for the families of victims of the terrorist attacks on Sept. 11, 2001. Said The Washington Post in June, in an article about what it called Rep. Maloney's "enormous black coat with neon-yellow accents": "Fireman’s garb has become a signature accessory for the congresswoman."

Editor's note: This article was ammended on Sept. 19 to clarify that Rep. Maloney's Overseas Americans Financial Access Act would "direct the Internal Revenue Service to exclude from Foreign Account Tax Compliance Act (FATCA) reporting [only certain] financial accounts held by American citizens in countries where they are bona fide residents" and not "all  financial accounts".

More in this category: « Lawsuit in UK to challenge legality of British gov't's data-sharing under FATCA U.S. and Switzerland tax deal finally ratified after Congress finally approves it »