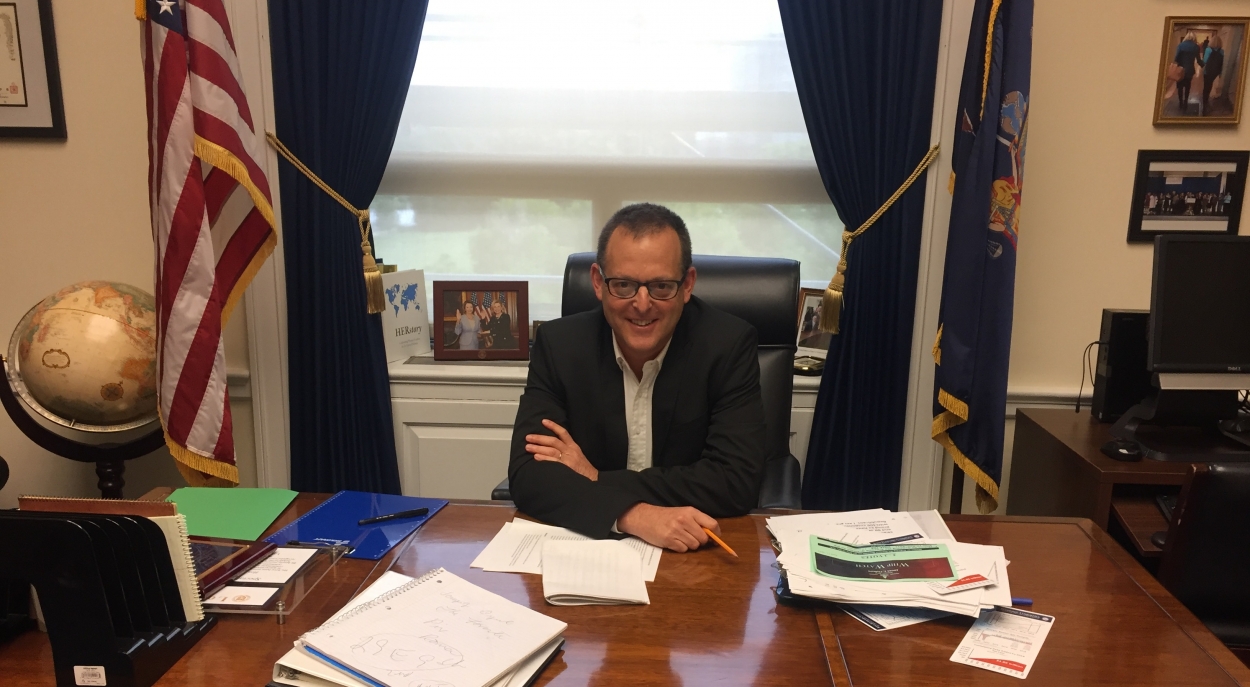 Silver said he is actually envisioning three separate trips, beginning with Canada and the U.S. this month and next, followed by "one to Europe, and one to Asia/Australia" later on.

"And I'm happy to consider more stops if people in any given country are willing to help arrange an event while I am there," he added.

In particular, Silver alleges that the Treasury/IRS had violated two U.S. laws – the Regulatory Flexibility Act and the Paperwork Reduction Act – in the way they drew up the Transition Tax legislation, which, as reported, has hit small businesses owned by Americans who are resident overseas particularly hard.

Silver called the ruling, which came in the form of a seven-page document released on Christmas Eve, a "massive win" for him and other small business owners impacted by the TCJA, because it meant that his potentially "precedent-setting case" can now go ahead.

"I read and re-read the ruling – I could not have dreamed of a better [result]," Silver said on Facebook afterwards.

Silver's first stop on his planned global tour will be an Expat Tax Conference at Vantage Venues, formerly the St. Andrew’s Club and Conference Centre, in Toronto, which is set for Jan. 30-31. The CPD-accredited event is being organized by Toronto-based CPD Programs. More information on the conference may be found by clicking here.

Following on from that, Silver will speak on Feb. 6 at a "Transition/GILTI Tax Planning & Tax Advocacy" seminar in Vancouver, which is being sponsored by Baker Tilly and the Paris-based Association of Americans Resident Overseas. The event will begin at 8:30am and run for about two-and-a-half hours. (More details on this event may be found by clicking here.)

One of the reasons Silver has said he is so pleased with the District Court's ruling in his case is because most observers said it was destined to fail. And the fact that he prevailed in challenging the way the IRS set about drawing up the regulations, without conducting the necessary reviews beforehand, suggests, he and others have said, that the case could set an important precedent.

Indeed, although "historically not a lot of thought has been given in tax litigation circles to the Regulatory Flexibility Act or the Paperwork Reduction Act, that may be about to change," one recent article on Silver's recent court victory began.

The article, which appeared last week on the TaxNotes.com website, quoted various legal experts as noting that Silver had expertly managed to craft his claim so that it focused, for example, "on the procedural measures designed to protect small business from the burden of unwieldy and cost-intensive regulations" rather than on the statute in question itself.

"The surprise decision from the circuit court could have larger ramifications beyond the transition tax, especially if the D.C. Circuit were to affirm any potential appeal," the TaxNotes article went on.