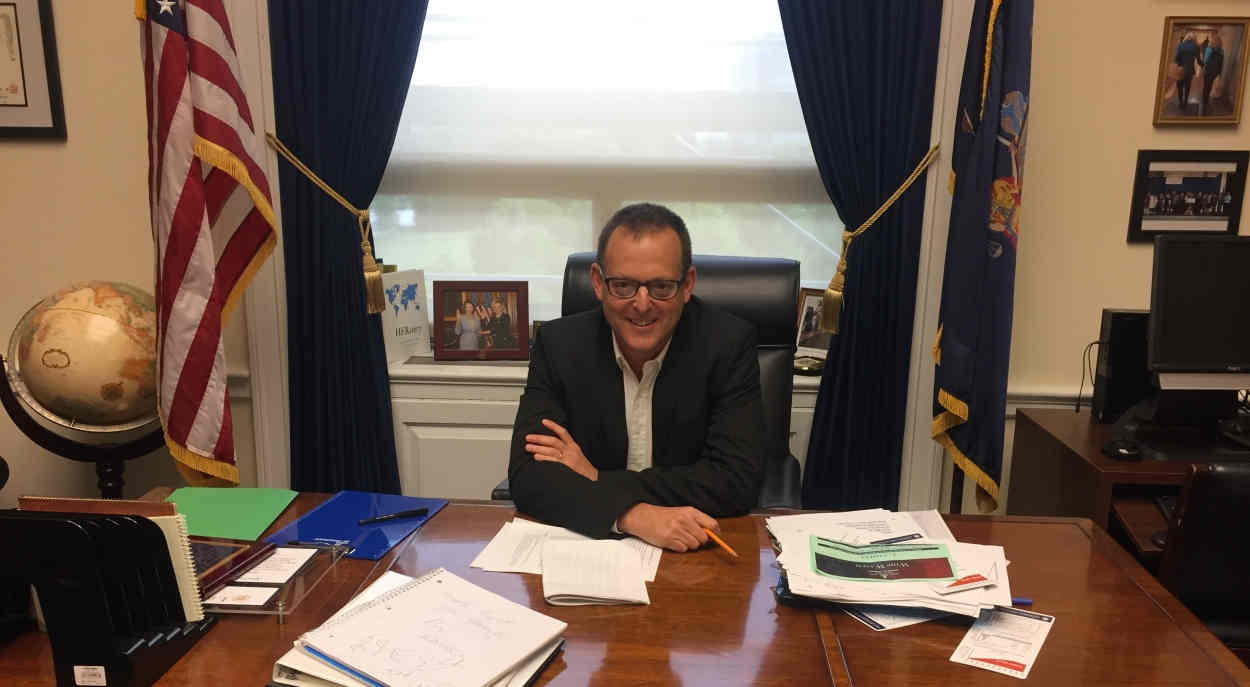 Monte Silver in his office

As with his original lawsuit, Silver’s latest legal action seeks to prove that regulations issued under the so-called “global intangible low-taxed income” (GILTI) elements of Trump’s Tax Cuts and Jobs Act, are procedurally invalid because the government failed to take into account their effects on small businesses before bringing them into force – which, Silver points out in his filing, it is required to do under the Regulatory Flexibility Act (RFA).

The fact that Silver's firm qualifies as a small business itself is an element of his legal case.

The GILTI elements of the Tax Cuts and Jobs Act also violate something called the Paperwork Reduction Act, which requires U.S. lawmakers to show that they took into account the potential compliance burdens they could be introducing to taxpayers in introducing new legislation, as well as something called the Administrative Procedures Act, both of which Silver’s earlier lawsuit also cites, Silver’s latest legal action, filed on Friday, claims.

“Rather than attempt to find potential solutions for small businesses in [their proposed] GILTI regulations, as required by law, defendants issued impenetrable proposed GILTI regulations in the Federal Register on October 10, 2018, and even longer and more complicated final GILTI regulations (“Final Regulations”) on June 21, 2019,” Silver and his co-plaintiff in the matter, Monte Silver Ltd., argue on page 2 of their 15-page filing.

Silver and his co-plaintiff company say they are calling for the court to order the Treasury and IRS to defer enforcement of the GILTI regulations until they have “fully compl[ied] with their statutory obligations”.

Friday’s filing, submitted on behalf of Silver and Monte Silver Ltd. by Lawrence Marc Zell, of the New York-based Zell & Associates International Advocates LLC, comes less than four months after Silver told U.S. Treasury Secretary Steve Mnuchin and his Treasury Department colleagues in an email that a District Court judge’s Dec. 24 rejection of a government attempt to derail his case had "open[ed] the door to a copycat GILTI lawsuit, and countess other RFA [Regulatory Flexibility Act] actions against Treasury and other agencies".

As reported, the December 24 memorandum opinion and order with respect to Silver’s original legal action by District Court Judge Amit P. Mehta was significant because it meant that a government attempt to derail his case by arguing that he and his company "lack[ed] standing" and otherwise were not legally capable of proceeding with it had been rejected.

Silver hailed the ruling by Judge Mehta as significant, that it had “clobbered” the government’s arguments, and that it "opens the door to a copycat GILTI lawsuit, and countess other RFA [Regulatory Flexibility Act] actions against Treasury and other agencies".

“Global intangible low-taxed income” is a new category of income that was created by President Trump’s 2017 Tax Cuts and Jobs Act, and is being applied to certain income of U.S. taxpayers who own a stake in what the IRS refers to as a “controlled foreign corporation” (CFC).

The GILTI provisions are said to be intended to discourage large U.S. multinational corporations with U.S. tax obligations from shifting and/or keeping profits outside of the U.S., by imposing tax on “foreign-sourced intangible income”.

Under the new GILTI provisions, found in the new IRC Section 951A, each U.S. person (defined as a U.S. corporation or citizen) who is a U.S. shareholder of any controlled foreign corporation (CFC) must include their share of GILTI income in their tax return, where they calculate their “gross income” for the tax year.

GILTI income is roughly defined as the total profit of a CFC, reduced by 10% of the adjusted tax basis of the CFC’s “depreciable tangible personal property” (generally, plant and equipment, but not land).

They note that there are two reasons for this. The first is that, under the Section 250 of the Internal Revenue Code (IRC § 250), shareholders who are C corporations, such as Google, get an automatic reduction of 50% in their GILTI income, while individual shareholders do not.

Also, shareholders who are C corporation shareholders are able to take advantage of foreign tax credits to reduce the amount of their GILTI tax that's due, while individual American shareholders cannot.

Finally, shareholders who are C corporations pay GILTI tax (if at all, after taking advantage of the above-mentioned benefits) at a rate of just 21%, while individual U.S. shareholders pay their GILTI tax at rates of up to 37%.

Explaining the reasons he's filing his "copycat GILTI lawsuit" now, Silver told the American Expat Financial Journal that it was because such an action "can only be brought within one year after the final regulation that is being challenged went into effect".

"It is, first of all, annual, so the tax consequences, compliance costs and headache have to be dealt with every year.

"Second, there is no way to avoid double taxation, leading to a situation where the individual faces just one of two options: non-compliance, or double taxation, which in turn is likely to result in their businesses becoming unsustainable."

In a final note, Silver said: "U.S. Treasury, I am David, you are Goliath. I have offered you the opportunity of settling these cases dozens of times.

"The longer you wait, the deeper into the mud you sink."

A spokesman for the IRS said the IRS's policy "is that we don’t comment on ongoing litigation". Treasury officials didn't respond separately to a request for comment.

Silver's complaint, which names as defendants the IRS, the Treasury Department, IRS Commissioner Charles Rettig and Treasury Secretary Steve Mnuchin,  may be found by clicking here.