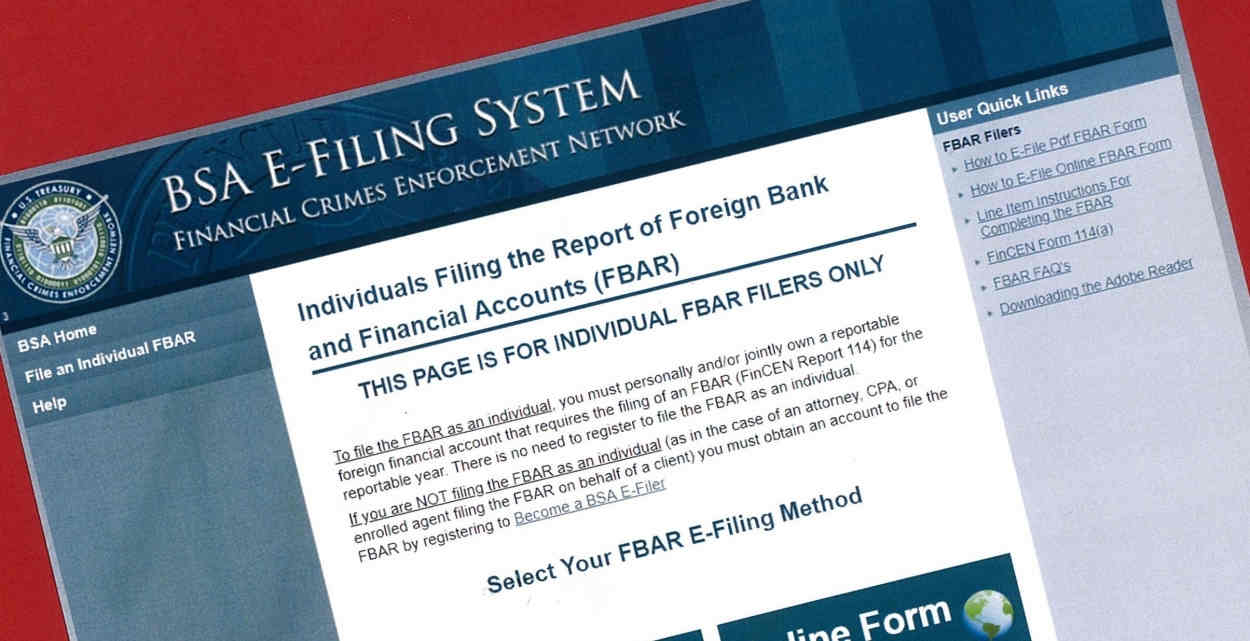 Surprisingly, given that FBARs technically date back to the Bank Secrecy Act of 1970, there has not, until now, been any clarity as to whether the penalty for non-willful FBAR violations was to be applied per FBAR violation – which is based on a year's banking activity, which for some U.S. taxpayers can involve numerous non-U.S. bank accounts – or per each overseas account that held US$10,000 or more at any time during the calendar year.

And given that the penalty for non-willful FBAR violations is capped at an eye-watering US$10,000, last week's ruling in Texas represents "a major win for taxpayers", according to Frank Agostino, founder and president of Agostino & Associates PC, who is himself a former IRS attorney.

The Texas court's decision will be viewed with interest in California, meanwhile, where a U.S. District Court last year came up with the opposite conclusion in a similar case, known as United States v. Jane Boyd.

That case is currently on appeal in the Ninth Circuit Court, where a nationwide, non-profit organization of U.S. tax lawyers, the American College of Tax Counsel, last November filed a "friend of the court" brief in the matter, in which it urged the appeals court to take the approach taken last week by the Texas court, and limit the US$10,000 penalty to the "failure to file an accurate FBAR" only, rather than affirming the District Court's judgment and decide that the maximum penalty could be applied on a per-overseas-account basis.

American citizens are obliged to report all their non-U.S. accounts that have held US$10,000 or more during the year, via “FinCEN Report 114s”, along with their basic 1040 tax form, whether they live in the US or abroad, if their offshore bank and financial account holdings total US$10,000 or more at any time during the U.S. tax year. Even if the total sum of all of their overseas accounts touches US$10,000 for just one day.

The Foreign Bank Account Report was formally created by Congress when it drew up the legislation that was to become the Bank Secrecy Act, which was one of the earliest of what has now become a series of laws aimed at cracking down on the use of overseas accounts by American citizens to evade their U.S. tax obligations.

'"Absurd outcomes that
Congress could not have intended'

In the case in question, United States v. Alexandru Bittner, District Court Judge Amos L. Mazzant agreed with Bittner's contention that "non-willful FBAR violations relate to each FBAR form not timely or properly filed, rather than to each foreign financial account maintained but not timely or properly reported".

"In so doing, the court considers and rejects the government's arguments for why non-willful FBAR violations relate to each foreign financial account and discusses how Mr Bittner's proposed interpretation of [the FBAR regulations] would avoid absurd outcomes that Congress could not have intended, in passing the non-willful FBAR provision."

The judge did, however, agree with the U.S. government's argument that Bittner's non-willful FBAR violations "were not due to reasonable cause", writing at one point that he could "not claim with a straight face that, as an American citizen generating millions of dollars in income abroad, he was so unaware that he might have United States reporting obligations that he did not even feel compelled to investigate the matter...

"Accordingly, there is no genuine issue of material fact as to whether Mr. Bittner acted with ordinary business care and prudence so as to trigger the reasonable cause exception."

Many taxpayers viewing this and other data from the Bittner case might understand why he could have felt that the U.S. government's initial demand, for US$3m in civil, non-willful FBAR penalties, was excessive, given that his amended tax returns for the years in question totaled only US$625 in unpaid tax.

Started out as immigrant
'dishwasher and plumber'

According to the court documents, Bittner is a Romanian-American dual citizen who worked "as a dishwasher and plumber" after moving to the U.S. in 1982, before becoming a naturalized American "in 1997 or 1988", and then moving back to Romania in 1990, where he lived until 2011, without having renounced his American citizenship.

He is now understood to be living in Texas, where an external spokesperson for the law firm handling his case, Clark Hill Strasburger, said neither the firm's attorneys nor their client could comment because his case "is ongoing".

'Variety of businesses and investments'

“While living in Romania, Mr Bittner generated a considerable stream of income through a variety of businesses and investments and opened a number of foreign bank accounts,” the court documents continue.

“His investment ventures – including, among other things, purchasing shares in hotels, buying apartments in the name of an entity, using holding companies to hold his assets, and negotiating deals with the Romanian government to purchase government assets – indicate that he was and is a sophisticated businessman.”

The years the U.S. tax authorities are interested in concern those between 1996 and 2011, as the aggregate high balance in his foreign financial accounts during that time, they say, exceeded US$10,000, and thus should have been reported, but weren't, via FBARs.

As most expat tax experts could tell you, FBAR legal cases are often reported in tax journals, with the amount of money the taxpayers in question is found to owe Uncle Sam typically mentioned in the headline. In May, for example, a U.S. district court in Florida determined that a taxpayer there owed almost US$13m in penalties.

This was said to be one of the largest individual assessments ever, although that title is still said to belong to a University of Rochester, New York professor named Dan Horsky, who was hit with a US$100m assessment in 2016, before being sentenced in February 2017 to seven months in federal prison for a tax evasion scheme that is said to have relied on Swiss bank accounts.

(As reported here last year,  FBAR penalty-watchers are keeping a close eye on a case in California, where the IRS is said to be seeking a record US$119.6m in FBAR penalties from a couple by the last name of Burga, who, according to media reports, had had some 294 foreign bank accounts in various countries between 2004 and 2009, for which they had failed to file the requisite FBARs.)

Eli Noff, a founder and partner of the Washington, DC-area law firm of Frost Law, said he regarded the Texas ruling in the Bittner case as a "much-needed win for taxpayers, who have historically been handed losses in the FBAR litigation arena".

Not only might taxpayers potentially find themselves in a situation in which the punishment "far exceeded their crime", were non-willful FBAR penalties to be based on a "per-account" basis – as had happened to Mr. Bittner – Noff added, but it would also leave open the possibility that "non-willful violators with numerous accounts, like Mr. Bittner, could potentially suffer much more than a willful violator who had only one account, even if it had as much or more in it".

In the meantime, Noff said he thinks the issue is still "far from settled", and that it's likely to continue making its way through the appellate courts for some time. As a result,  any taxpayers who are currently contemplating coming into compliance may be advised to take expert advice with respect to their overseas bank accounts before they do so, he noted.