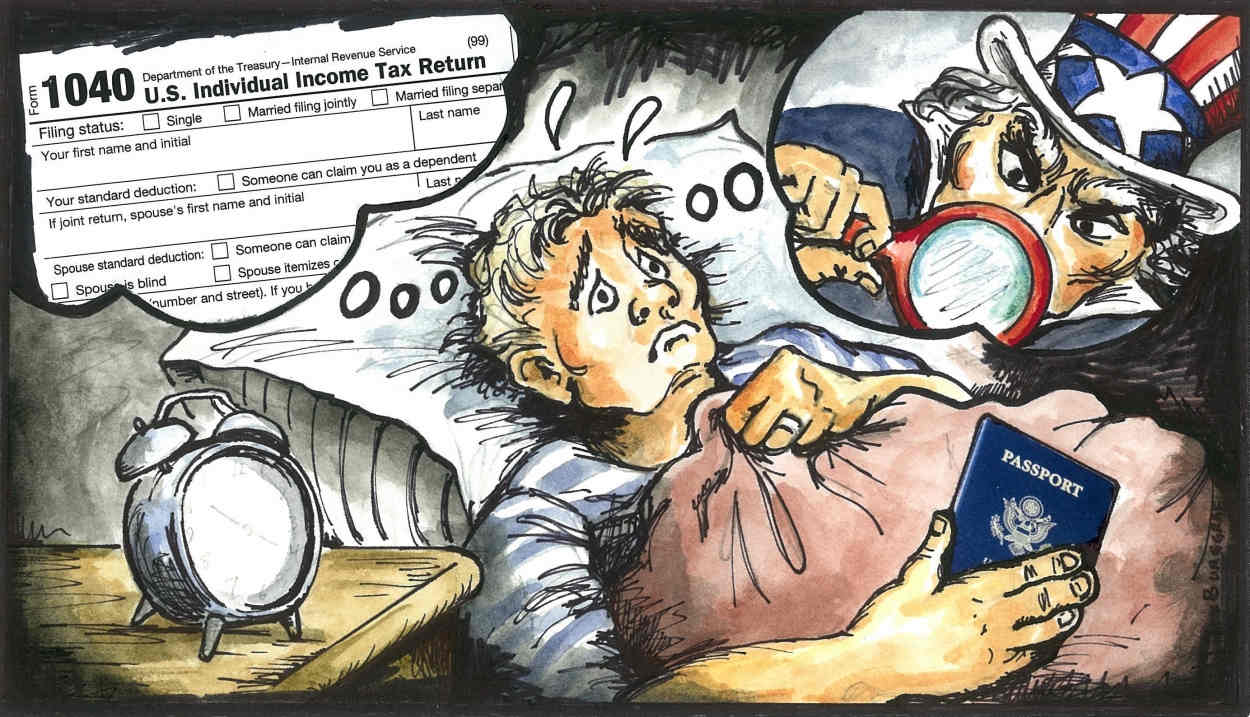 With Tax Day for Americans around the world looming tomorrow (July 15), we thought it would be a good time to call attention to a rather quirky collection of tax quotations that we stumbled on, buried deep inside the IRS’s website...

Yup. For all its unflinching greediness, which seems to radiate from its very website at this time of year, the U.S. Internal Revenue Service would seem, on at least some level, to be aware of certain ironies, hypocrisies and even undeniably funny things that are fundamental to the business of taxing people.

The official IRS collection of 15 quotations, which may be viewed here, is accompanied by a statement that makes it clear that the quotes “reflect the opinions of their authors” and that their “inclusion here is not an official IRS endorsement of the sentiments expressed".

That said, it’s difficult not to see the IRS as taking a decidedly realistic view of its tax-paying congregation, with the inclusion of author Arthur C. Clarke’s observation that “the best measure of a man’s honesty isn’t his income tax return. It’s the zero adjust on his bathroom scale.”

As a follow-up to this collection, tomorrow we will publish our own collection of tax quotations that the IRS either forgot, or intentionally left out, of its compendium – in addition to a collection of quotes from one of Expatland’s most outspoken commentators, Toronto’s John Richardson.

Readers who have any favorite tax quotations that they don’t see here, and who would like to share them with us and our readers, are invited to contact us, and we will add them, with credit given to the contributor if desired...

o  The power of taxing people and their property is essential to the very existence of government.''
~ James Madison, fourth U.S. president

o "To tax and to please, no more than to love and to be wise, is not given to men."
~ Edmund Burke, 18th Century Irish political philosopher and British statesman

o  “I am proud to be paying taxes in the United States. The only thing is – I could be just as proud for half the money.”
~ Arthur Godfrey, entertainer

o  “People who complain about taxes can be divided into two classes: men and women.”
~ Unknown

o "No government can exist without taxation. This money must necessarily be levied on the people; and the grand art consists of levying so as not to oppress."
~ Frederick the Great, 18th century Prussian king

o  "The best measure of a man's honesty isn't his income tax return. It's the zero adjust on his bathroom scale.''
~ Arthur C. Clarke, author

o  "Next to being shot at and missed, nothing is really quite as satisfying as an income tax refund.”
~ F. J. Raymond, humorist

o  A tax loophole is "something that benefits the other guy. If it benefits you, it is tax reform.''
~ Russell B. Long, U.S. Senator

o  "Few of us ever test our powers of deduction, except when filling out an income tax form.''
~ Laurence J. Peter, author

o  “The hardest thing in the world to understand is the income tax.”
~ Albert Einstein, physicist

o  “Where there is an income tax, the just man will pay more and the unjust less on the same amount of income.”
~ Plato

o  “Income tax has made more liars out of the American people than golf.”
~ Will Rogers, humorist

Tomorrow: Some tax quotes the IRS missed, including those of Citizenship Solutions' John Richardson