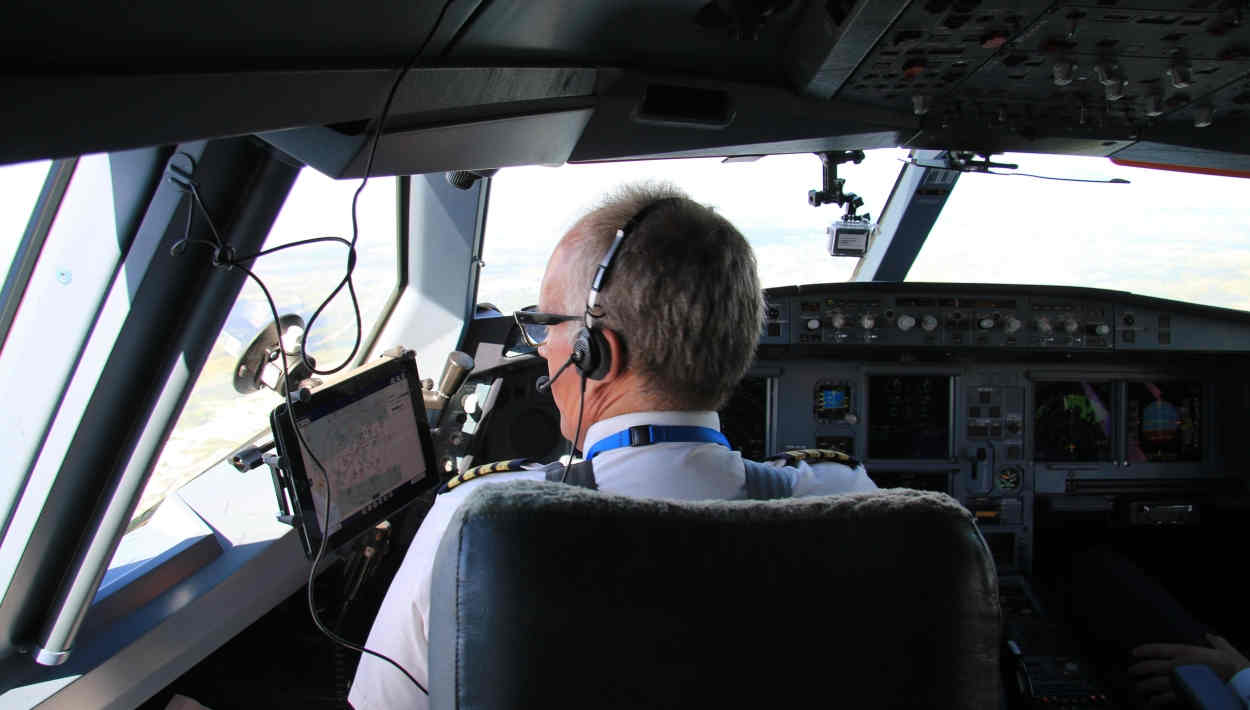 Ronald Ariës in the cockpit

Ronald Ariës is a 62-year-old Dutch citizen, who is retired from KLM, the Dutch airline. He is one of "dozens" of Dutch citizens who have been told that they "will soon lose their bank accounts" because they are "unintentionally American", but are resisting their banks' insistence that they formalize their American status by getting a Tax Identification Number, so that the banks will be able to comply with the U.S. tax evasion law known as FATCA, according to a report published last week by NRC Handelsblad, a major Dutch media organization, the website of which is NRC.nl. 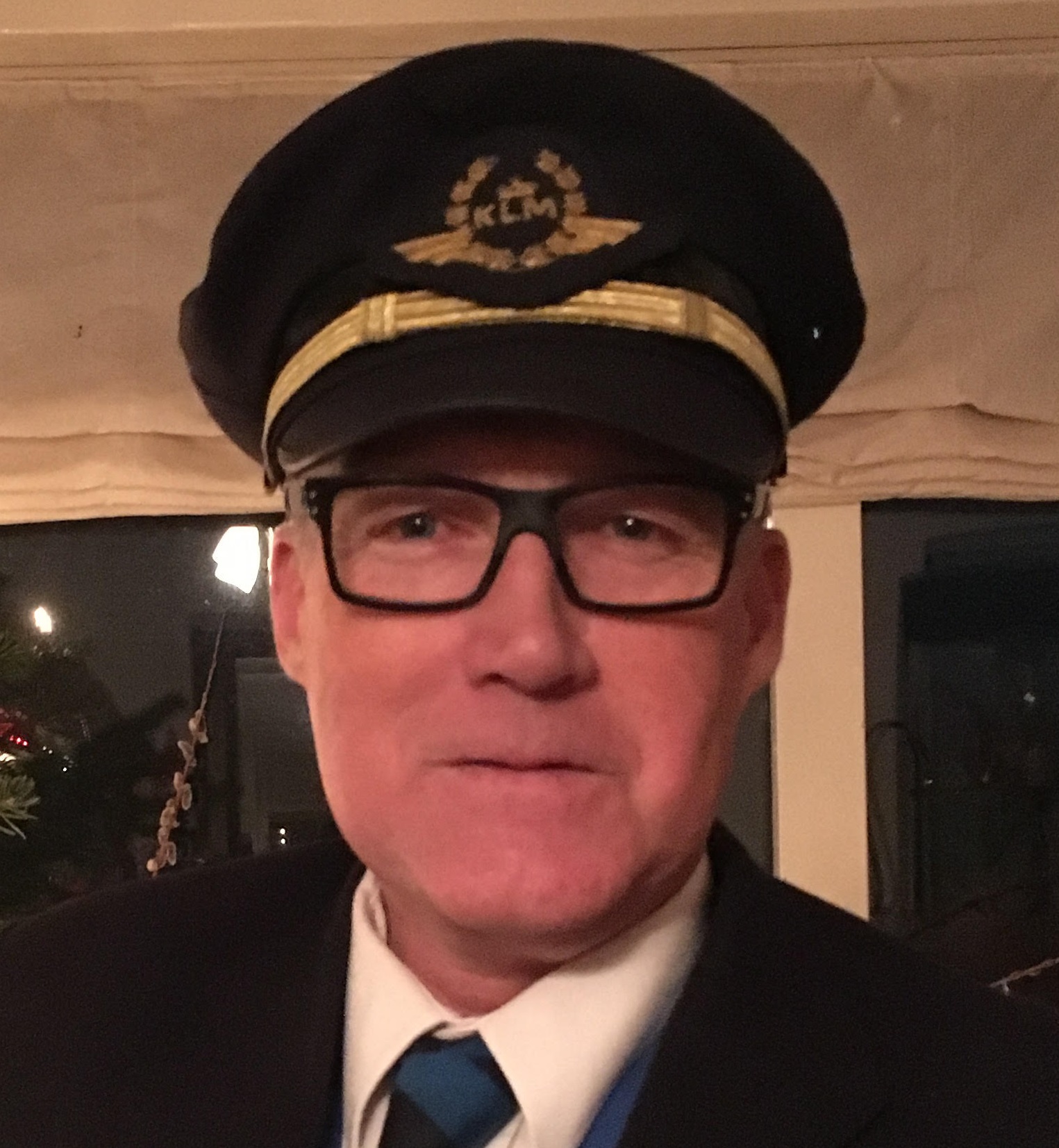 Ariës, pictured above in the cockpit of an A330, and left, told the American Expat Financial News Journal this week that he wasn't happy about having to speak out publicly about his situation, particularly as he thinks that there are people who will think that being required to enter the U.S. tax system – even if you've not lived in the country since you were an infant and have never benefited from any of the services U.S. income taxes pay for – seems, at least on the surface, to be a relatively minor complaint.

"But this FATCA thing is hurting everybody, from the top to the bottom [of the income scale]," he added.

"And anyway, like everyone else affected by it, I will lose in the end, because I can't afford to fight the government and the banks."

Or as he told NRC.nl, "What those people who wonder why I don't just cooperate [with the banks and allow himself to enter the U.S. system] are actually asking is, 'Why don't you just lay your head in a noose?'

"I do not want to cooperate. I don't want to pay. I'm not American. This is an unlawful circus."

Like some other victims of FATCA, including UK-based "Jenny", who has been challenging the way she says the forwarding of her personal information by the UK, as part of FATCA, violates EU data protection regulations, Ariës thought crowd-funding might enable him to bring his case to court, but thus far at least it hasn't provided him with sufficient financing.

Like many of the other estimated 40,000 to 46,000 "unintentional Americans", as NRC.nl refers to a category that others tend to refer to as "accidental Americans" or "accidentals", the fact that Ariës happened to be born in the U.S. was due to the fact that his parents were there temporarily. In his case, his Dutch father, a Dutch Air Force officer, had been seconded to a base in New Jersey, where he was accompanied by his heavily pregnant wife (Ariës' mother).

"When he was a year old, he and his parents returned to the Netherlands by boat," the article continues.

"He went to school here, became a pilot at KLM, and, he says, always paid his taxes in full, as required, in the Netherlands."

Ariës had no problems until 2018, when his then-bank informed him that it would no longer handle his account because he didn't have a wealth management account with them. Looking to move his account to Regiobank, he found himself subjected, for the first time, to questions about whether he was a "tax resident" of another country (to which he replied "no", even though the "correct" answer, he now knows, would have been "yes", although he still argues that "the question is wrong – 'tax resident' is something other than 'subject to tax'.

The other questions asked by the bank, as banks are obliged to do by FATCA, included where he was born, and, if born in the U.S. (which he was), what his U.S. Tax Identification Number (usually someone's Social Security Number) was.

(In saying he wasn't a tax resident of another country, Ariës was replying exactly as "more than 80%" of a survey of respondents with similar backgrounds did when questioned by Americans Overseas, a Dutch entity that helps Dutch citizens and others with U.S. citizenship issues, the NRC.nl article points out.)

Unfortunately for Ariës, though, the bank now points to this answer, coupled with his decision, after doing some research, not to accept the bank's recommendation that he apply for a U.S. TIN, as evidence that he is a "tax evader" and money-launderer", and that for this reason, the bank refused to have him as a client, the article continues.

Although he challenged this by filing a complaint with KIFID – Klachteninstituut Financiele Dienstverlening, the Dutch financial services industry's (industry-funded) complaints tribunal organization – it wasn't upheld, and he has now been told by letter that "from Nov. 24, he can no longer use his account with Regiobank".

Although he's still hoping to challenge this decision, "it now looks as though within six weeks' time, Ariës will no longer have a bank account," the NRC.nl article continues.

"He can't open one anywhere else unless he supplies a TIN, which he doesn't have."

And even if he wanted to get one, it's not so easy for "much older, unintentional Americans" like Ariës, the article notes, because like many babies born to foreigners in the U.S. back in the 1950s, he lacks a birth certificate, as well as the U.S. address he'd needed to apply for one. "And what else is needed for a birth certificate? A TIN."

As for "renouncing" his status as a "U.S. Person", in addition to obliging him to pay a US$2,350 expatriation fee and such other potential costs as the tax advice most expatriating Americans are urged to get, the U.S. Consulate in the Netherlands, like those around the rest of the world, has been closed for months due to the Covid-19 pandemic.

"It only opened its doors last week, to a very limited degree", the NRC.nl article noted.

"So for months, for Ariës, this option has also not been available" to Ariës.

The NRC.nl article concludes with Ariës' reflections on the situation he and others are facing, and how it might have been prevented.

One point that seems obvious to him, he says, is that when the U.S. and Dutch governments were drawing up the Intergovernmental Agreement (IGA) that would dictate how Dutch financial institutions would go about complying with FATCA, they failed to think about how it would affect people like him, and other Dutch citizens with only the faintest legacy ties to the U.S., given that U.S. citizenship is automatically conferred on foreigner's babies if they're born there; U.S. citizenship is expensive and complicated to un-do; and the U.S., unlike most other countries, taxes on the basis of citizenship.

The fact that all these years on and the Dutch government still hasn't fixed the problem, though, he finds "impossible", the article continues.

It ends: "The retired pilot has now spent the last two years fighting the consequences of FATCA, and the U.S./Dutch treaty that exists to enforce it.

"Whenever he has asked for help from the authorities – the National Ombudsman, KIFID, AFM – the authorities refer to each other, with the result being that in the end, nobody actually does help.

"Ariës is sleeping badly, and feels like a guinea pig.

"I've been struggling, alone, for years with this hassle. What have I done wrong? Been born in the U.S.?

To read about Ronald Ariës' crowd-funding campaign, which he hopes might enable him to bring a legal challenge in the Dutch courts, click here.