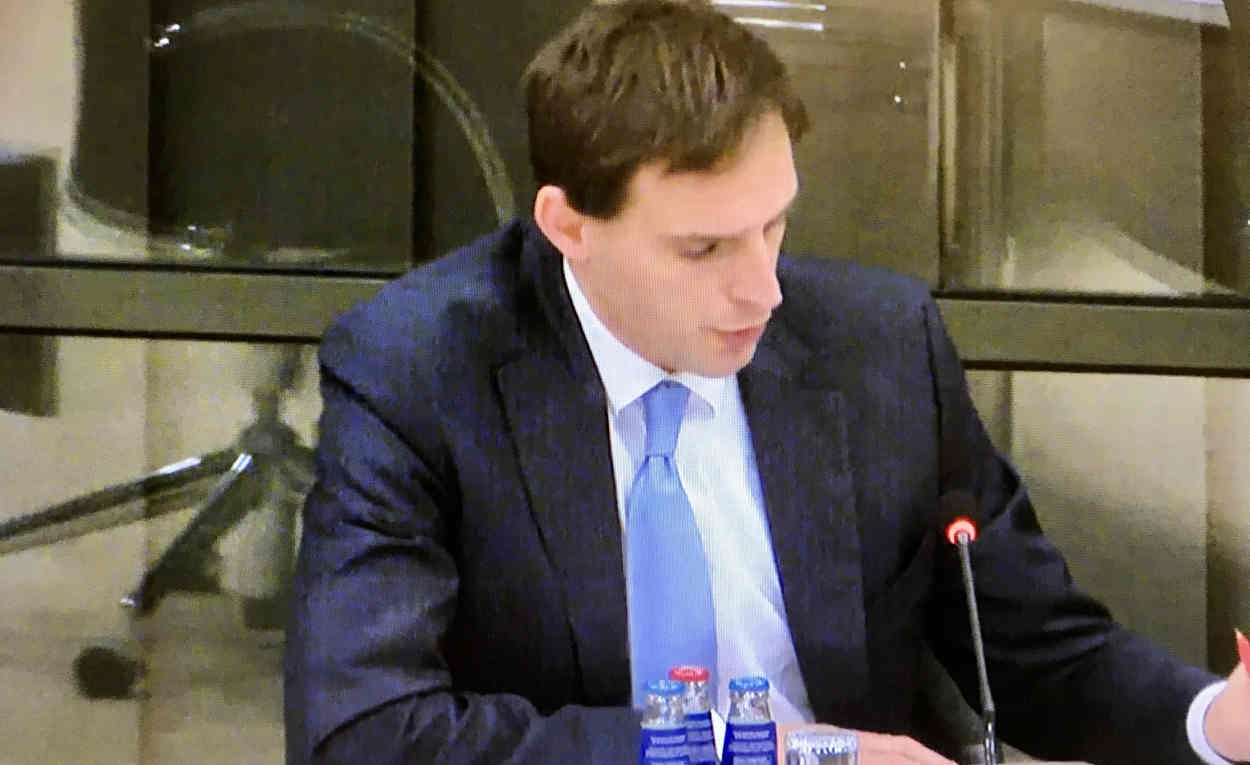 Dutch lawmakers said on Tuesday that they plan to join forces with their French counterparts in asking the EU Commission to once again raise with the U.S. the issue of the problems some of their citizens are having with their financial accounts, as a result of the U.S. tax evasion-prevention law known as FATCA.

The plan emerged during a meeting of the Tweede Kamer (Dutch Parliament) last night, which so-called "accidental Americans" and others were able only to view online, owing to the Covid precautions in place in the Netherlands.

Heading up the meeting was Dutch Finance Minister Wopke Hoekstra, pictured above, who, during the course of the proceedings, revealed that Dutch Parliamentary representatives are currently working with their French counterparts to draft a letter that they plan to send to the U.S., once it has the approval of other EU member states as well, asking for the U.S. to make certain concessions to those EU citizens who are struggling with their American citizenship obligations.

Details of this plan, and other opinions about FATCA and the problems it is causing Dutch citizens, were contained in a letter written on Monday by Hoekstra and his ministerial colleague, State Secretary Hans Vijlbrief,  and posted on the Dutch government's website.

The letter takes the form of a "reaction to the Black Book of the Accidental Americans to the Lower House", a reference to a document that two accidental American organizations lay claim to. 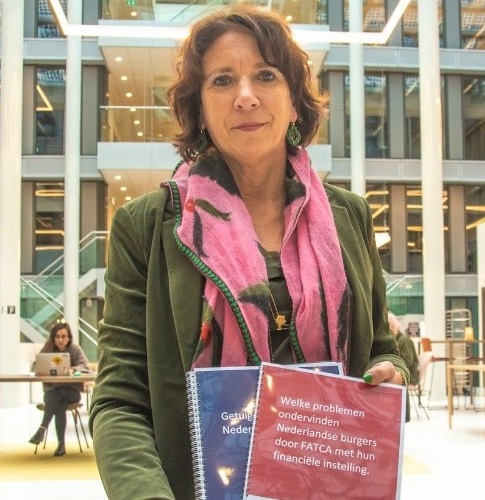 The other black book is a research document that, as reported, was presented to Dutch Parliamentarian Helma Lodders, (pictured left, with the document in question, which isn't actually black)  last month by the Americans Overseas.

Durlacher and his AO colleagues said they produced their Black Book last month in response to a response Hoekstra had then-recently-written to a series of questions put to him and other Dutch officials over the past two years, about the banking problems so-called “accidental Americans” had been struggling with.

Durlacher and others felt at the time that Hoekstra's comments showed he didn't fully understand the issues.

Today, Durlacher, commenting on yesterday's hearing, said: "My feeling is that finally, after years of debating, Minister Hoekstra showed that he understands the problems 'coincidental Americans' are suffering from under FATCA, and he agrees that they are NOT tax avoiders.

"We at Americans Overseas believe that by not looking at FATCA as a big high mountain, but by trying, instead, to be practical, and deal with parts of it under Dutch law, we can at least begin to minimize the direct problems, such as the closing of bank accounts."

Other observers said they believed that the Presidency of the Council of the European Union would, in response to the request from EU member-state lawmakers, likely reach out to the new U.S. administration sometime in the New Year, to request that it address the ongoing FATCA issues.

One school of thought, however, is that there could be a push for the message to be sent to the U.S. before Christmas, thus while the Trump administration is still in power.

During Tuesday evening's session, Hoekstra also said that he and others from his department had met with a number of major Dutch banks as well as the Dutch Banking Association (NVB) last week, a fact he also mentioned in the letter posted on the government's website.

(In that letter, he says: "During the meeting, the banks involved undertook to take into account the problems encountered by customers when applying for a U.S. TIN or CLN [Certificate of Loss of Nationality]. They will communicate this explicitly to these customers."

He ended his letter by saying "Finally, the banks will review and, where possible, improve their communication towards these customers and especially those who do not respond.")

Jet Barendregt, a spokesperson for the Netherlands' Accidental Americans association, was less impressed than Durlacher by the tone of Tuesday's Tweede Kamer meeting.

"Hoekstra and Vijlbrief refuse to take their part of the responsibility for the accidental Americans' problems," she said.

"At the beginning of the hearing they stated, 'It's not due to the IGA [intergovernmental agreement, between the U.S. and the Netherlands] and FATCA'," implying that the cause of all the accidentals' problems is the Americans' citizenship-based tax regime.

"That makes us, at the NLAA, very angry and frustrated. Not a word was said about the extraterritoriality of the U.S. law, as it is being applied to Dutch citizens."

As for Hoekstra's stated intention of working with France and other EU countries to work together to talk to the U.S., and thereby seek to find a solution to the problem, Barendregt said her organization agreed with the plan in concept, but noted that it would "take some time", and noted that accidental Americans living in the Netherlands had already been waiting too long for something to be done, and that they "urgently need some relief".

"Hoekstra was [also] unable to explain why the Dutch banks don't do what the German banks do, which is that they don't close accounts if an individual's TIN/SSN or CLN isn't provided," she noted.

As this and other publications have been reporting for more than a year, accidental Americans in Europe have been receiving increasingly-urgent notices from their banks that they need to provide these banks with "tax identification numbers" – normally Social Security numbers – if they are to be allowed to keep their bank accounts.

This is because the way the FATCA regulations have been written provides for the sanctions against those banks that fail to comply with FATCA to become gradually more onerous, beginning in January of this year and increasing next year and beyond. 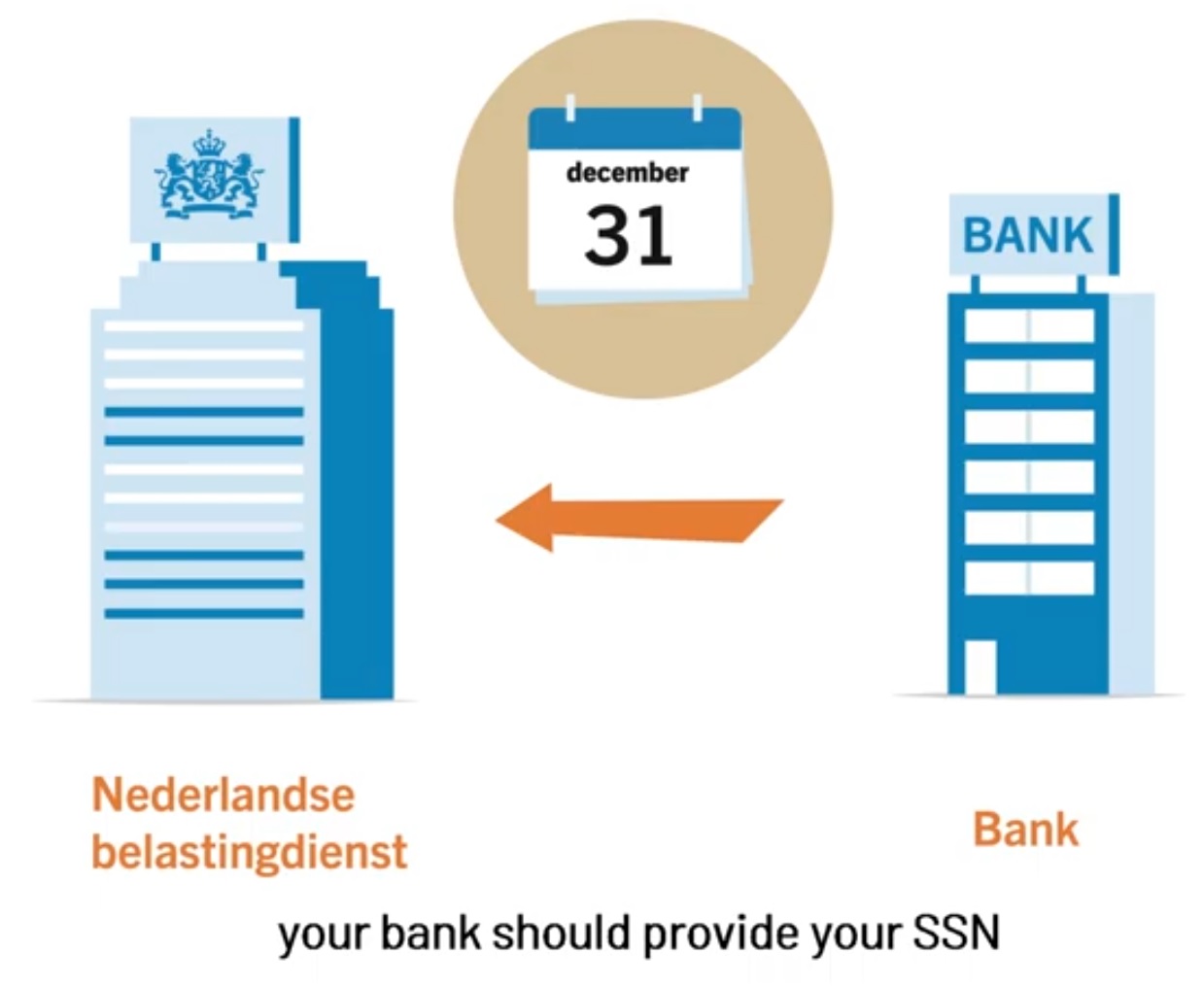 As far back as May 2019, the Dutch Banking Association posted an animated video on its website's home page, (pictured left), in which it warned American clients of Dutch banks of their  need to get their U.S. Social Security numbers, if they didn't want to risk losing their accounts.

Under FATCA, banks are required to report to the U.S. certain details, including the TINs, of Americans for whom they hold bank accounts.  Even before FATCA came into force, in 2014, many banks sought to close their doors to Americans in order to avoid the cost, and potential downside risk, of continuing to have Americans as clients.

Numerous hearings and meetings have been held over the last few years, but apart from a few minor concessions that the U.S. has made – such as to add a new question to the IRS's FATCA FAQs page, with respect to the way banks are obliged to handle the accounts of their TIN-lacking clients, as well as to introduce a somewhat less harsh citizenship renunciation regime for certain individuals – no significant relief has been forthcoming.

Meantime, although the numbers of Dutch citizens who have actually lost their Dutch bank accounts because of their failure to provide their banks with the requested U.S. TINs is small – only around 13 thus far, according to official government figures, although accidental American group spokespeople say they believe it's larger – it is thought likely to increase, possibily exponentially, given the numbers of accidentals thought to be living in the Netherlands around 40,000 (and elsewhere across Europe – more than 300,000).

(Editor's note: This story is continuing to develop and may change over the course of the next 24 hours.)