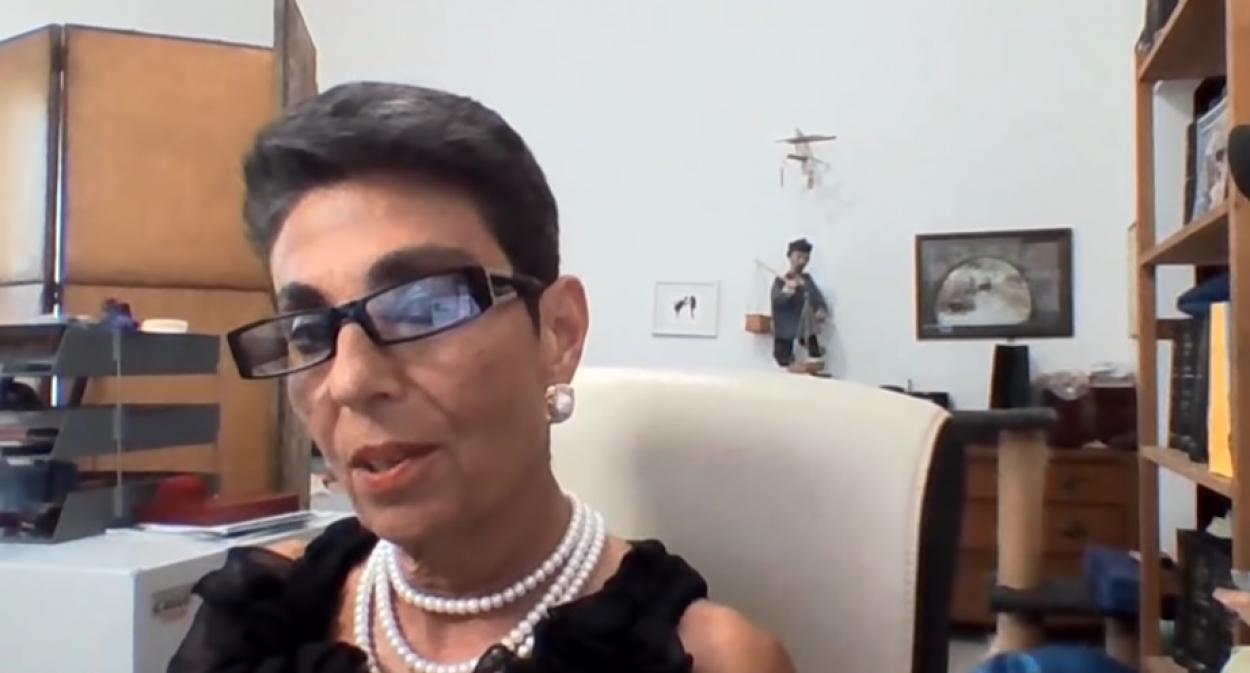 “Mr FBAR,” on the other hand – and of rather more relevance here – is an Expatland nickname for a document that U.S. expats around the world have been required to file annually with the IRS since 1970, if their total offshore bank and financial account holdings total US$10,000 or more at any time during the tax year.

Until recently, few U.S. expats were aware they had to file FBARs. This resulted in many of them being hit with massive penalties once the 2010 Foreign Account Tax Compliance Act began to shine a spotlight on FBAR non-filers around the world.

Dubai-based tax expert Virginia La Torre Jeker, pictured above, discussed the reclusive and troublesome “Mr FBAR” in a long-distance video interview with Toronto-based tax and citizenship lawyer – and video-blogger – John Richardson. Below is an excerpt of some of the video’s key points.

The video may be seen in its entirety by clicking here.

The Foreign Bank Account Report was formally created by Congress on Oct. 26, 1970. The FBAR gave the U.S. tax authorities an efficient means to crack down on money-laundering and criminal activity by persons with U.S. connections, while at the same time giving it a tool to help ensure that U.S. citizens with assets stashed in offshore bank accounts paid their fair share of tax.

However, the legislation “lay dormant for many many years, and was unknown to almost everybody, including people in the tax and legal community, until approximately 2008 and 2009, when it was dusted off by the Obama administration,” Richardson says.

He goes on to add that what we know as the FBAR today is actually a “combination of statutes, regulations and the [FBAR] form itself,” an unstraightforward structuring that, he argues, helps to make it “very hard to understand in its totality,” especially to U.S. citizens who happen not to be tax experts.

What isn’t hard to understand, though, is the one basic requirement the FBAR makes of “U.S. persons” with one or more non-U.S. bank or financial accounts: that if the aggregate total held in these accounts exceeds US$10,000 at any point during the year, they must report the maximum amount held in each of these accounts during the year to the U.S. government, by making use of the FBAR filing form.

“U.S. persons”, of course, doesn’t just mean U.S. citizens, but also includes Green Card holders and those U.S. visa holders who are physically present in the U.S. for a significant amount of time each year.

So-called "accidental Americans", as those who may have been born in the U.S. but who have lived in another country all of their lives, as citizens of those other countries, are typically known as, are also considered to be U.S. persons, even though many such "accidentals" even now are said to be unaware that they have any U.S. tax or other filing requirements.

The FBAR is filed separately from the U.S. tax returns, although its due date now matches the tax return date (April 15 for Homeland taxpayers, June 15 for expats). The FBAR does, though, enjoy an automatic six-month filing deadline extension, to the 15th of October.

The FBAR filing requirement remains even when the aggregate total on deposit in the U.S. citizen’s foreign bank account(s) exceeds US$10,000 for just a day – for example, immediately after the sale of their home, prior to their using the money the very next day to pay off a mortgage, or otherwise putting it to another non-FBAR-eligible use.

Another measure of the FBAR regulation’s seriousness may be seen in the fact that even non-U.S. bank accounts belonging to children that have in aggregate more than US$10,000 in them, possibly gifted to them by a wealthy relative, must be reported to the U.S. authorities, via an FBAR form filed by the child in question.

If a child cannot file his or her own FBAR “for any reason, such as age, the child’s parents must file it for the child,” Richardson points out.

La Torre Jeker who is originally from New York, and has been helping American expatriates in Hong Kong and the Gulf with their taxes since 1986 and 2001, respectively.  She says that one of the most astonishing things about the FBAR, and other significant reporting obligations that come with American citizenship, is that no one warns or even informs those of other nationalities, who are in the process of becoming U.S. citizens, about them.

Nor are those about to get a Green Card, for work purposes for example, advised that it comes with filing obligations attached to it, she adds.

“I find [it] just unbelievable that there is no education given to these people,” she says, adding that she has met many people who were dismayed after finding this out later on.

“They haven’t got a clue, and then they find themselves in a mess.

“Instead of asking, you know, ‘Who was the third president of the United States?’ of someone who wants to take on citizenship, to find out if they’re going to be a good citizen, they should be having some more pertinent questions in there, to make sure these people will understand what their tax obligations are.”

‘Easier to fall foul of regs’

Meanwhile, Richardson and La Torre Jeker say, although awareness of the existence of FBARs is far greater now than it was in 1970, it is also much easier to fall foul of the regulations than it was back then, since the amount required to be obliged to file hasn’t changed.

For a start, the U.S. authorities haven’t raised the minimum aggregate amount in an American’s foreign bank accounts that would oblige them to file an FBAR, even though the amount that was originally specified in 1970, when the legislation was enacted, is equivalent in today’s money, due to inflation to “approximately $65,000,” Richardson says. 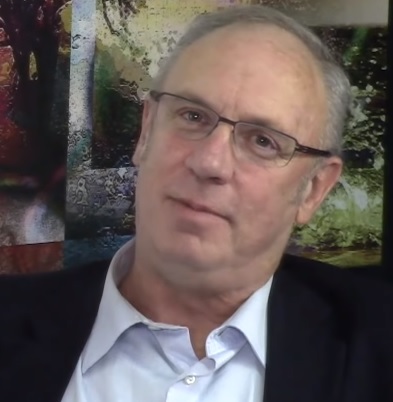 The bottom line, Richardson stresses, is that for Americans abroad, when it comes to the FBAR, "the motto should be, 'Report early, report often, and report everything."

John Richardson, pictured left, is a Toronto-based tax lawyer with dual Canadian and American citizenship, who specializes in U.S. expat issues, and writes about them on his blog, CitizenshipSolutions.ca, in addition to contributing articles to other U.S. expat-focused blogs and websites, and posting video blogs like this one featuring La Torre Jeker.

Virginia La Torre Jeker is, as reported above, a long-time U.S. expat tax law practitioner, who has been a member of the New York State Bar since 1984. Now based in Dubai, she is also a prolific blogger, currently at us-tax.org, and previously at AngloInfo.com.  Both are also regulars on Twitter.