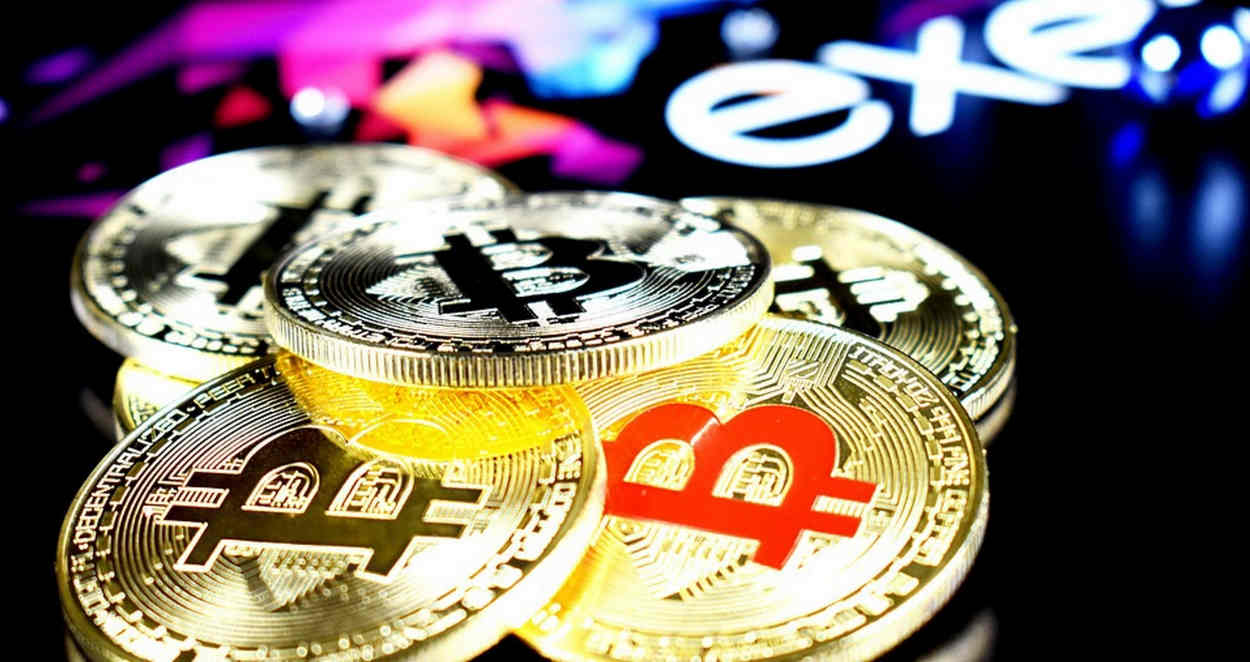 The last few weeks have seen the price of Bitcoin soar, accompanied by a roar of commentary from those who see it, and other cryptocurrencies, as the future.

This latest round of Bitcoin mania was kicked off earlier this month, when (Bitcoin fan) Elon Musk's car company, Tesla, announced in an SEC filing that it had bought US$1.5bn worth of the cryptocurrency, and that it would also begin accepting Bitcoin in payment for its products...

Here, Bright!Tax partner and managing Certified Public Accountant Allyson Lindsey calls attention to a rather less-well-publicized, but also recent, Bitcoin development, which is seen to reflect the U.S. Government's growing interest in finding a way to tax cryptocurrency income.

On December 31, 2020, Bitcoin enthusiasts could just about be forgiven for not paying much attention to an IRS announcement that day having to do with Bitcoin. After all, not only was it New Year's Eve, but Bitcoin's price ended the day at US$29,111.52, according to Coindesk.com data, more than four times the price it had ended the previous year at.

But Americans with a passion for investing in Bitcoin are being advised to heed that quietly-released IRS announcement, as are tax preparers who also handle their clients' Foreign Bank Account Reports, and whose clients include American Bitcoin investors.

That's because the IRS announcement had to do with the fact that FinCEN, the U.S. government's Financial Crimes Enforcement Network, is planning to add virtual currency accounts to those non-U.S. financial accounts that U.S. taxpayers who hold them would be required to include in their annual Foreign Bank Account Reports, if the amount they held in such accounts – combined with the total held in all other non-U.S. financial accounts or accounts over which they had "signatory authority" – totalled US$10,000 during even just one day of the year in question.

The IRS statement didn't say when the new proposal was likely to be published or implemented.

In fact, the statement, which may be read on the FinCEN website  by clicking here, was brief, saying: "Currently, the Report of Foreign Bank and Financial Accounts (FBAR) regulations do not define a foreign account holding virtual currency as a type of reportable account.

"For that reason, at this time, a foreign account holding virtual currency is not reportable on the FBAR...

"However, FinCEN intends to propose to amend the regulations implementing the Bank Secrecy Act (BSA) regarding reports of foreign financial accounts (FBAR) to include virtual currency as a type of reportable account."

Like the IRS, FinCEN is a U.S. Treasury Department bureau, but, as its full name (Financial Crimes Enforcement Network), its focus is on financial crimes rather than taxes.

What is FBAR reporting?

As many readers of this website will be aware, the U.S. tax system requires all American citizens (and Green Card holders) who meet the minimum income thresholds for their age and income group to file U.S. federal tax returns every year – even if they're living outside of the U.S., and paying taxes to the government of the country in which they currently reside.

Minimum income thresholds for 2020 were US$12,400 of any income for individuals (US$24,800 for married couples). For self-employed individuals, the minimum was US$500, and for Americans married filing separately with a foreign spouse, it was just US$5.

When Americans file their federal tax returns from abroad, they can offset the amounts they owe by using such provisions as the Foreign Tax Credit and the Foreign Earned Income Exclusion in order to reduce their U.S. tax bill – often to zero, or close to it. They still have to file, however.

Additionally and separately, as noted above, they may be required to report any foreign financial accounts that they have "signatory control" over (even if an account isn’t registered in their name, such as a joint or business bank account), by filing a "Foreign Bank Account Report", or "FinCEN Report 114."

Qualifying foreign financial accounts include most bank, investment and individual pension accounts that are registered outside the U.S.

In its coverage of the news that "virtual currency" holdings would soon need to be included in taxypayers' FBAR reports, the cryptocurrency news website CoinDesk noted that the rule change announced on Dec. 31  "would appear to bring FBAR rules around crypto holdings in line with cash held outside the U.S. by citizens or other U.S. persons."

In addition, it noted, the new requirement "could have the most visible impact on users of crypto exchanges like Bitstamp and Bitfinex.”

When it comes to cryptocurrency reporting on FBARs, until now, U.S. taxpayers haven't had to report them.

Currently, virtual currency income received by Americans is, however, expected to be reported alongside their other income (and the 2020 Form 1040 has a new field asking this question). Gains made on the sale of cryptos, meanwhile, can qualify towards capital gains tax calculations.

When will the change take place?

The FinCEN statement on Dec. 31, as noted above, was a declaration of an intention to amend the FBAR reporting rules, rather than a fully-drafted rule change.

Another question that will arise is whether additional information will have to be provided for virtual currency accounts when filing the FinCEN Form 114, compared to other types of financial accounts, such as blockchain addresses.

Meanwhile, as cryptocurrency fans may be aware, the Dec. 31 announcement came shortly after another significant crypto announcement, which mandated virtual currency exchanges to report to the authorities on their American crypto account holders. However, it remains unclear, for now at least, how this will be enforced.

The most likely timetable for the proposed change is that the details will be worked out and announced in 2021, and be applied to the 2021 tax year for filing in 2022.

Given the volatility of cryptocurrencies, meanwhile, those holding amounts worth less than US$10,000 at the beginning of a calendar year may need to keep an eye on the price over the next few months, as even a small holding might push the taxpayer's holding over that FBAR-triggering amount, even if just briefly. (Bitcoin was valued at US$49,740.84 at midnight GMT last night, a gain thus far this year of more than 70%...)

Finally, Americans who are behind in filing their U.S. tax returns and FBAR reports from abroad because they weren’t aware of the rules can normally catch up without facing penalties or back taxes, under an IRS amnesty program called the Streamlined Procedure. 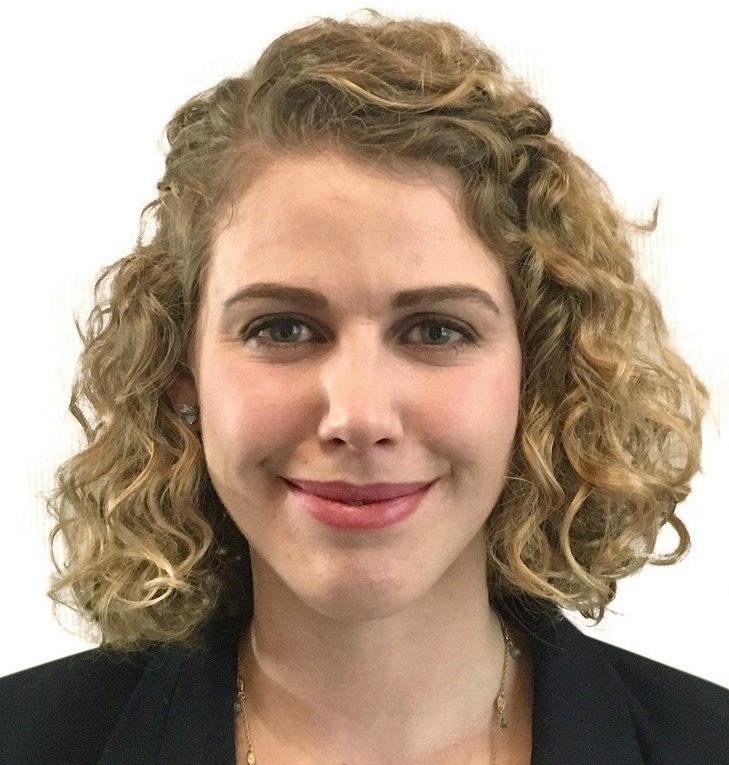 Allyson Lindsey, pictured left, is a partner and managing Certified Public Accountant at Bright!Tax, a globally-focused, online provider of U.S. tax advice and services for expatriate Americans around the world.

The views expressed above are for general information purposes only, and should not be construed as recommendations or advice for any individual, nor should any action be taken on account of the information presented. Further information may be obtained by contacting Bright!Tax at https://brighttax.com.