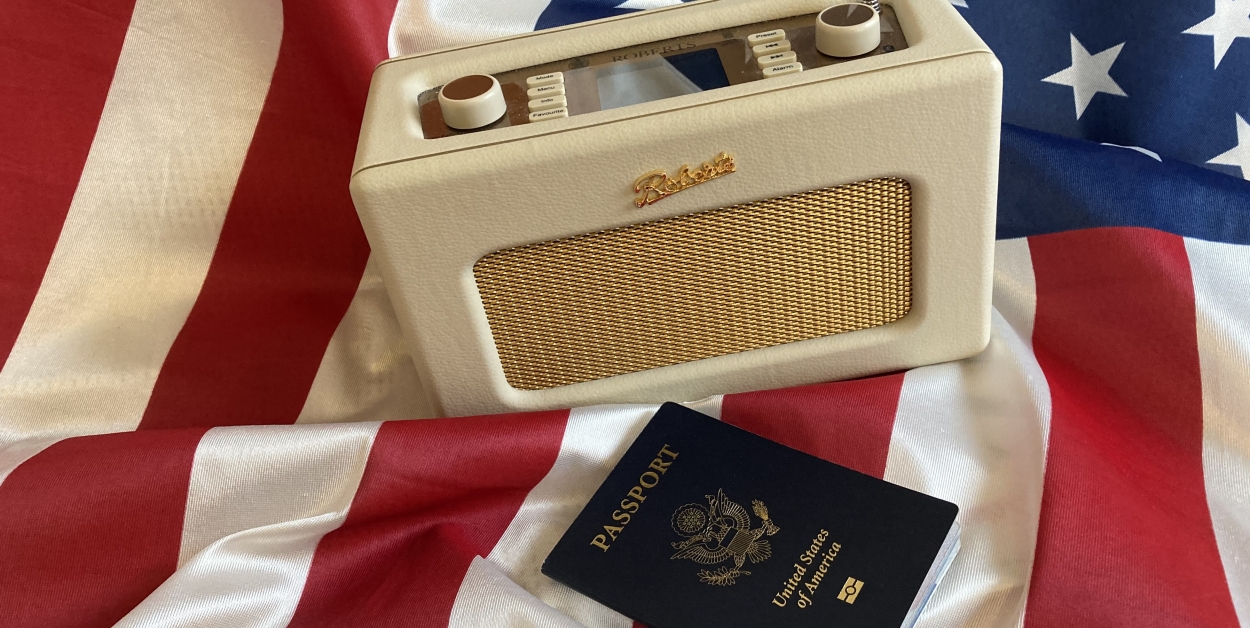 In a gesture no doubt aimed at least in part at the estimated 7 million to 9 million Americans who live outside of the U.S., today's BBC World Service's Weekend show set aside a 15-minute segment to examine some of the tax and citizenship issues these expats are currently struggling with.

The broadcast, which was recorded live this morning out of the BBC's London studios, and is available to listen to around the world for the next 29 days, included interviews with "Jenny," the U.S. born, long-time UK resident who has been challenging Britain's HM Revenue & Customs since 2019 for what she claims is its violation of data privacy regulations in the way it complies with the U.S. law known as FATCA; and Hugo Lesser, a spokesperson for Bright!Tax, the online American expat tax firm.

The BBC Weekend show's presenter, Julian Worricker, was also joined by two panelists, both of whom are dual citizens of the U.S. and other countries: Colleen Gaffy, a former U.S. Deputy Assistant Secretary of State and associate professor of law at Pepperdine University (who has UK citizenship), and Nigar Goksel, Turkish project director for the International Crises Group, an independent conflict prevention organization. Goksel is Turkish/American.

Worricker noted that even as Americans around the world paused today to celebrate their country's independence, many of those living abroad were struggling with the "troubling consequences" of FATCA (formally known as the Foreign Account Tax Compliance Act), coupled with the fact that the U.S. is "the only country in the world other than Eritrea" which employs a citizenship-based tax regime.

Under this CBT system, he explained, all Americans – a group which includes anyone born in the U.S., even if their parents aren't American – is obliged to submit annual tax returns, no matter where they live.

"Jenny," he went on, is an example of someone who had been struggling with the effects of FATCA, but who, rather than suffer in silence like most other American expats apparently do, had decided to "challenge the right of Britain's tax authority to pass her information on to America's tax authorities, claiming the transfer breaches her rights."

As reported, "Jenny" unveiled her intention of launching a crowd-funded legal challenge against HMRC in September 2019, and is still engaged in pursuing the matter,  aided by a top tax partner and data privacy law specialist from London's Mishcon de Reya law firm, Filippo Noseda.

At Worricker's invitation, "Jenny" went on to describe to the BBC World Service's global audience how her personal FATCA story began a few years back, after she "got a very strange letter out of the blue from my local bank here in the UK, saying something like 'we have reason to believe that you may have tax obligations in the United States'" – and how the matter escalated from there.

"It's kind of hard to put into words," she told Worricker, after describing how she went from being "completely shocked and confused" to having "a lot of sleepless nights".

"I mean, I've always been proud to have my American identity, it was an important part of who I am.

"And to have that turned into something bad – to have me, for example, worried that a bank, if I call them on the phone, and they hear my [American] accent, [might not] want to do business with me...?

"It's just the opposite of what the United States is supposed to be about."

Bright!Tax's Lesser said his company hears similar stories "every day" from other Americans "all around the world," but went on to stress that the problem actually had its origins not just in FATCA, but in the U.S.'s all-but-unique system of citizenship-based taxation, which he noted dates back to the days of the American Civil War, and which is what contributes to making FATCA so toxic.

"FATCA...[gave] the IRS a tool to enforce" the U.S. system of citizenship-based taxation globally for the first time, he noted, "by getting foreign banks to report their American clients to the IRS, the American Treasury."

Even today, more than eleven years after FATCA was signed into law by President Obama, Lesser went on, it often still comes as "a shock to many American expats to discover that they have to file American taxes as well as to pay taxes in the country where they live."

Worricker's panelists, Graffy and Goksel, said they agreed that the system was seriously flawed, and in need of change.

Graffy stressed the need for the U.S. to give expats Congressional representation – which she said they currently lack, in spite of having the right to vote in the states in which they last lived.

"Some will say, 'well, you're from California, you've got a vote there,' " Graffy said.

"But there's no one in California, no senator or a congressman, that is caring about the constituency of Californians that are all over the world."

Given that the estimated number of American expats is equivalent to "the eleventh largest state in the United States," Graffy noted, and that they suffer from "different problems" than most other Americans, such as "getting kicked out of bank accounts, or [being unable to] open bank accounts," there seemed to be a convincing argument for giving such Americans abroad "representation in Congress...before Washington, DC or Puerto Rico" (both of which have been advocating for statehood).

"There are many other countries – for example, Italy, and France, [that] have representation for their overseas citizens," she said.

“And we're 9 million, and there's no representation."

Goksel added that the U.S. diplomatic missions could "also be more useful in providing information to U.S. citizens" who live overseas.

More in this category: « Switzerland's tax authority again issues reminder on disclosure of U.S.-client account details A brief Bright!Tax Guide: How expats can catch up with their U.S. tax filing obligations »