Dunhill Financial, a Brussels-based advisory firm which specialises in looking after American expatriate clients, has opened an outpost in the U.S., to look after Americans who are returning home after spending time abroad, as well as non-Americans moving to the States for the first time.

The new office is located in St Augustine, a relatively small (population less than 15,000) city on the east coast of Florida, which is known for its history, beaches and Spanish colonial architecture (pictured above).

It is being headed up by Matthew Watson, a Florida native who comes to Dunhill from Raymond James, the NYSE-listed, Florida-based wealth manager and brokerage giant, where he spent the past five years, most recently as practice business coordinator.

Watson’s previous employers have included UBS, Suntrust and A.G. Edwards. While at A.G. Edwards, he worked alongside Dunhill Financial founder Brian Dunhill for a time, around 2003. 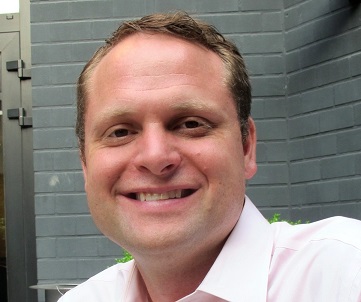 In addition to looking after clients in a traditional advisory capacity, Matthew will oversee the launch of a new Dunhill insurance operation, according to Brian Dunhill, which will include life insurance and annuities.

In a statement, Dunhill (pictured left), said the new outpost was being opened in response to a growing number of Dunhill clients who have been moving back to the States after completing foreign assignments.

“Opening a US office will allow us to better serve these clients,” he added.

“And having [in charge of this office] a highly experienced individual whom we can trust and who will be able to hit the ground running will give us the opportunity to continue to expand our services” in the U.S., including to non-Americans living there.

Dunhill founded Dunhill Financial in 2011. The firm is Securities and Exchange Commission-regulated, and in 2016 it became the first SEC-regulated member of the Federation of European Independent Financial Advisers, a London-based trade organization of advisory firms.

Originally from Belgium, Dunhill graduated with an MBA from the University of San Francisco, and is currently part of the advisory committee of American Citizens Abroad, the Washington, D.C.-based lobbying group. He is also a current board member and recent past president of the American Club of Brussels.