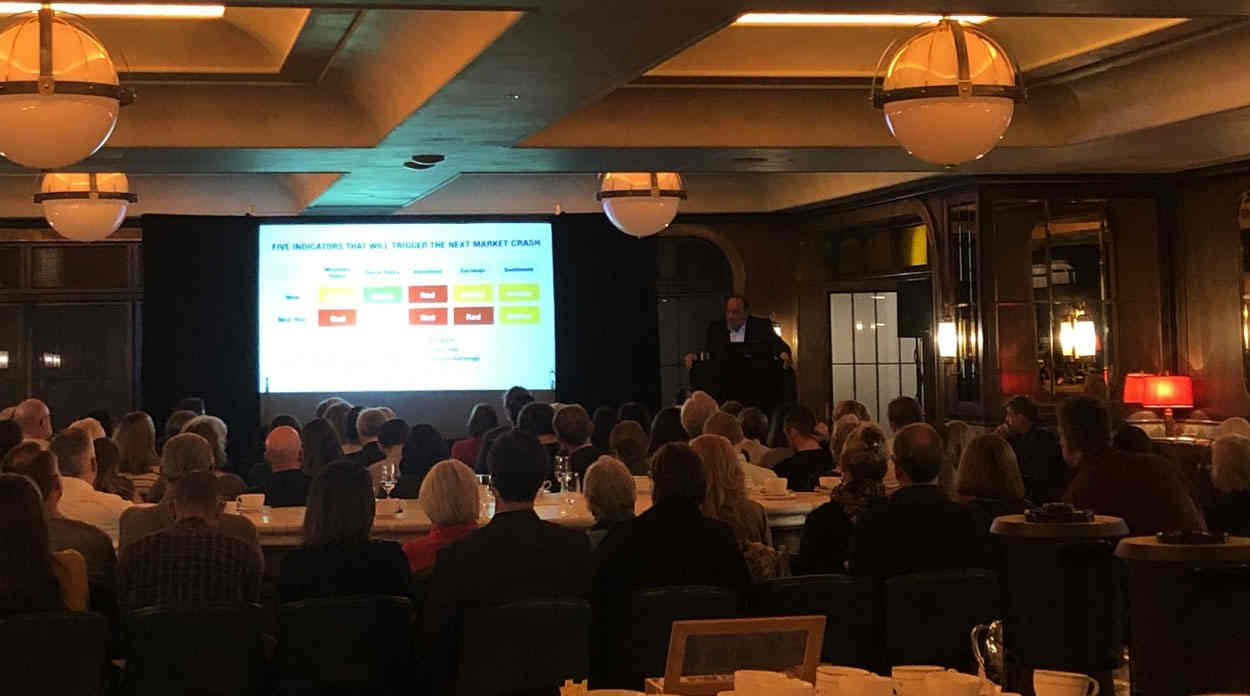 Delegates attending a standing-room-only tax and finance seminar for American expats on Monday would not have expected to hear that they could relax and not worry much about the state of their finances when they arrived at Smith & Wollensky’s London outpost off the Strand, where the seminar was held.

After all, even Americans who have only been abroad a short time know that nothing is straightforward about their investments, pensions, bank accounts or mortgages, as compared with expats of most other nationalities.

So the 50 or so Americans who came to hear two well-known experts talk about what they should and shouldn’t be doing with their money seemed to take in their stride the warning of one of the speakers, London and Capital managing director Daniel Freedman, that the current economic cycle is coming to an end, and that the time had come to “take risk off the table”.

“We would say, from a cash-preservation point of view, that we’re not ready for the markets to crash. But we see that coming in the next year to 18 months,” Freedman, who co-founded London and Capital 32 years ago, told his audience, the invited guests of the latest in a series of such events held periodically by the U.K.-based American in Britain magazine.

“So if you’re managing your investments, it’s time to think about taking risk off the table.

"And that means taking money out of risk assets, and looking at different areas, especially fixed income." 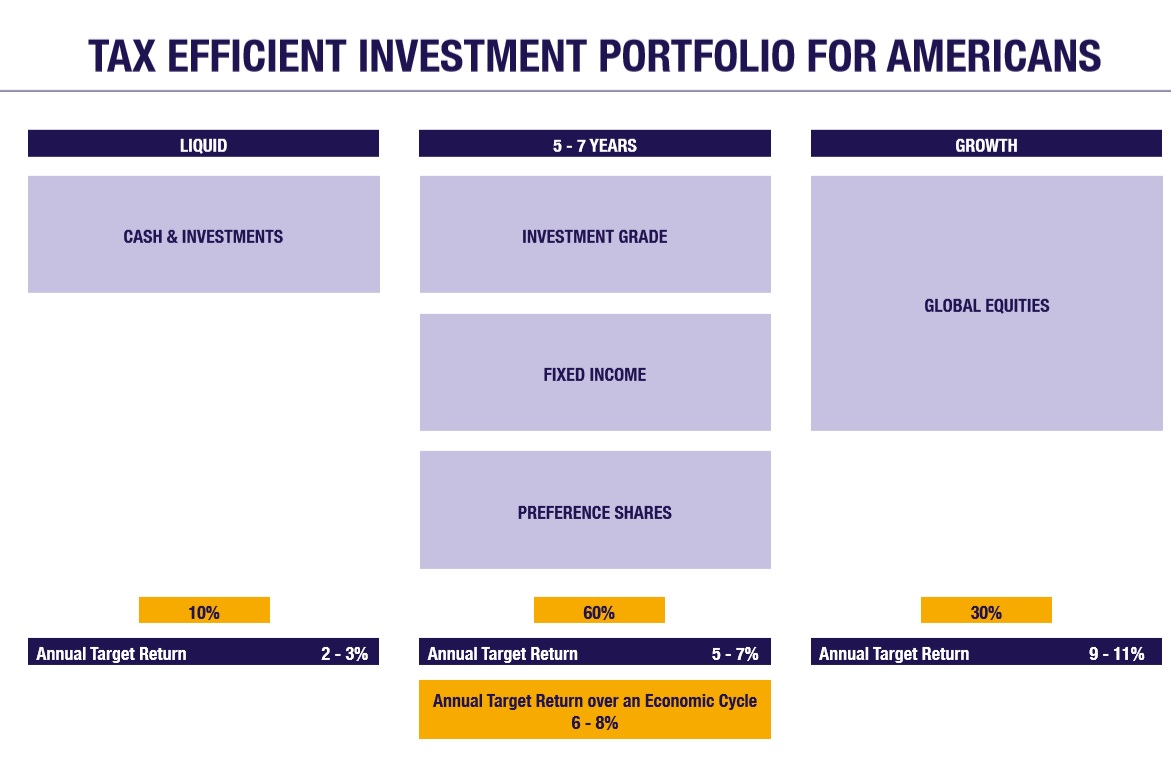 Referring to a diagram in his PowerPoint presentation (see left), Freedman went on to explain his vision of the perfect, tax-efficient investment portfolio for Americans keen to ride out the coming storm, which features a heavy (60%) weighting in fixed income, a relatively small (30%) weighting in global equities, and 10% in cash and cash-equivalents.

“Invariably most people who come to see us are invested heavily in the box on the righthand side, instead of being in  one of the previous two boxes,” he noted.

‘End of the cycle’

Freedman noted that his belief that the end of the current investment cycle is near is hardly surprising, given that economic cycles normally only last for around six to eight years, and that the current cycle, which began at the end of the 2008 financial crisis, has been running for about 10 years already (helped quantitative easing on the part of banks and governments).

That 2018 has been a “roller coaster year” for world stock markets is another reason to think the cycle may be ending, he added, as this is typical of the final stage of economic cycles, with the volatility currently being fuelled by rising interest rates in the U.S., and a growing number of corporate earnings disappointments.

In addition to preparing one’s portfolio for likely changes in the investment markets, expat investors must also plan for such eventualities as death, especially if they are Americans married to Brits or the other way around, Freedman noted.

“Either way, we recommend that you coordinate your investment strategies. Because if, for example, you were American and your husband were to have an investment portfolio in U.K. funds, and he were to die, and leave everything to you, you would inherit those funds, and there’d be no inheritance tax.

“However, when you [went to] sell those funds, you [would be considered to be] holding passive foreign investment companies, or offshore funds, and you would end up having a huge tax situation.

“If [on the other hand] you coordinate with your husband, from an investment point of view, you’ll ensure that whatever happens in the longer term, you’d be on the safe side.”

'Don't be afraid of ISAs'

Complementing Freedman's focus on investments at the American in Britain event were insights on the tax ramifications such investments can present, which were explained in some detail by Roland Sabates, a Kansas City, Missouri-based expert on cross-border tax and legal issues. Sabates is president of Expat Legal Services Group, which helps American expats with their tax and legal issues, including citizenship matters.

Among the points he sought to drive home to his audience was the importance of getting "personalized advice, immediately" if they happened to be the owner of a closely-held U.K. limited entity, particularly if they had "retained earnings" from such a business, as the Tax Cuts and Jobs Act signed into law by President Trump in December has introduced significant new requirements.

While echoing the by-now-familiar – at least to regular participants in tax and financial seminars like this one – warning about the need for American expatriates to steer clear of so-called passive foreign investment companies (PFICs), as non-U.S. investment funds are typically deemed to be by the U.S. Internal Revenue Service – Sabates told his audience not to necessarily rule out ISAs (individual savings accounts), a type of tax-deferred investment entity in the U.K. which, he noted, could work for an American expat, as long as they took advice on the best way to do this from the outset.

Roland Sabates, who is also the founder and managing partner of American Tax Partners, also based in Kansas City, and London and Capital managing director and co-founder Daniel Freedman were speaking on Monday at tax and financial services seminar for American expats sponsored by American in Britain magazine.

More in this category: « UBS to return to looking after HNW Americans abroad (and at home) Beacon Global to help Aisa Int’l accommodate U.S. expat clients »